When Opporuntity Knocks - And It Will! 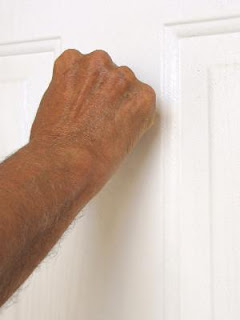 Opportunity will knock on your door in your life, at least once.   Will you be able to answer?

I have had several opportunities in my life to make money.  And I was able to take advantage of most of them.  Others often turn away opportunities, often because they chain themselves to possessions and debt.  One problem with opportunity, is that it often requires sacrifice.   And this means you have to be in a position to be mobile and agile, when the time comes.

Your friends want to start a start-up company.  There is no money, and everyone will be paid in stock.  Can you take this chance, or are you tied down with car payments and cable bills?   It sounds silly, but there are legions of people in Silicon Valley who will tell you, after a few drinks, that they were offered jobs at famous start-ups, and would be Millionaires or even Billionaires today, but for the fact they thought that a car payment was more important -and they had no money saved in the bank to live on, until the company was profitable.

Of course, such extreme opportunities are pretty rare.  But you may have others in your life - and whether or not you can take them will depend on how your finances are structured.  If you are heavily in debt and have no assets whatsoever, well, most opportunities will pass you by.

In my own life, I've had a lot of opportunities, and fortunately I was able to grab onto some of them.

I had a chance to start my own practice only a few years out of Law School.   It was not easy to do, but one reason I could was that my mortgage payments and other obligations were low.  I had a small mortgage on a small house and didn't do what many of my peers did when they got that "great job" - which was to go out and buy the most expensive house they could find, preferable an hour and a half from work.

I had no car payments and only about $200 a month in Student Loans.  So I could afford to take a risk and "coast" on savings while my practice was established.

I had a chance to buy my office building in Old Town Alexandria for my practice.  Again, not having a lot of debt on my principal residence, I could make this work.  If I had bought a mini-mansion, I would have had a nice house, but never my own practice.  Which is better?

I had the chance to buy some investment properties.  Again, not having cable bills and a huge personal mortgage, I could put that debt load to good use on a property that was self-funding.   My peers with their fabulous mini-mansions had fancy houses, but only one each.  I had four - with three of them paying for themselves.

And so on down the line.   At times in my life, I also "fell off the wagon" and accumulated more debt.  And while this seemed like a lot of fun at the time, it also meant that, at the time, I had to pass up opportunities that would have been sure money-makers.

But what happens if Opportunity Doesn't Knock?  Yea, sometimes it doesn't - or people don't perceive opportunities laid in their lap, but instead go out looking for long-shot deals.  They get so far behind in life, buying consumer goods, that they latch on to the nearest con artist who wants to sell them something - and end up screwed utterly.

They want to double-down their bet, and end up just doubling-down their debt.   These are the folks who leveraged themselves to "invest" in negative-cash flow Real Estate in 2005 (or worse yet, zero-income producing mini-mansions as personal residences) and are now utterly broke today.

Yes, Opportunity may not knock - but it is guaranteed that Adversity will.   Bad things will happen in your life - you will lose a job, have a health crises, whatever.   You will likely be laid off at age 55, years before you "planned" on retiring.

And if you are so leveraged you cannot take advantage of opportunities, how will you deal with adversities?