When New York was a Red State 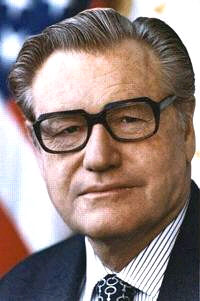 I grew up in a Red State - New York  Our governor for over a decade was a Liberal Republican, Nelson Rockefeller.

There is a lot of chatter today about New York's politics, after Governor Cuomo mused that Tea Partiers really are out-of-place in this bluest of blue states.

What cracked me up about this comment, is that apparently the Governor fails to understand history (even though his Dad was once Governor) and realize that New York was, for years, solidly Republican.

But of course, many people don't understand that the GOP was once the "Liberal" party of the United States, and in fact, most people would call you a liar if you said so.

The Democratic Party (please, not "Democrat Party" - that's Foxsnewspeak) was the party of the South, and hence the party that fought de-segregation - often violently.

And the GOP, far from being the party of "limited government" was the party of big, Big, BIG Government, and Nelson Rockefeller exemplified this.   He built up Albany (the Capital of New York) into a mega-government city, complete with its own Death-Star like "campus" for housing one of the largest State bureaucracies outside of California. 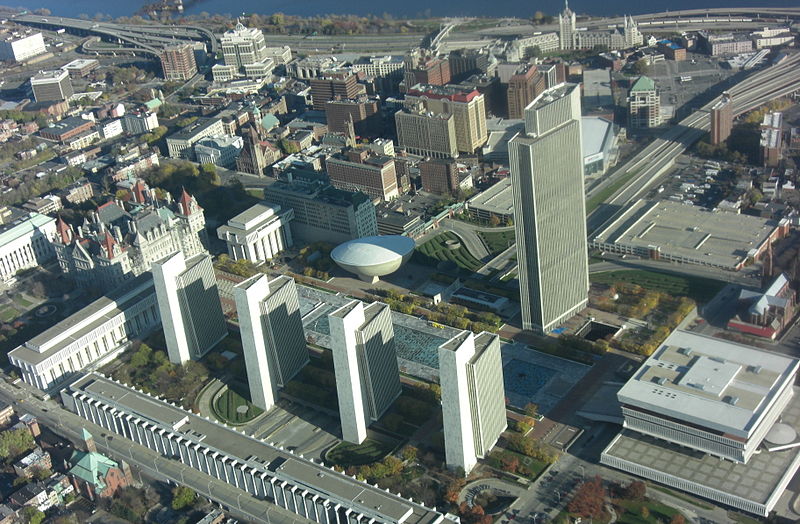 
"Rocky" as people used to call him (this, long before the movie of the same name) was a liberal Republican - a term which does not exist today.   While they might not have embraced socialism or the welfare State, liberal Republicans believed that efficient well-run government was a good thing, regardless of its size.

Reflecting his interdisciplinary approach to problem solving Rockefeller took a pragmatic approach to governing. In their book Rockefeller of New York: Executive Power in the State House, Robert Connery and Gerald Benjamin state, "Rockefeller was not committed to any ideology. Rather, he considered himself a practical problem solver, much more interested in defining problems and finding solutions around which he could unite support sufficient to ensure their enactment in legislation than in following either a strictly liberal or strictly conservative course. Rockefeller's programs did not consistently follow either liberal or conservative ideology." Early fiscal policies were conservative while later ones were not so. In the later years of his administration "conservative decisions on social programs were paralleled by liberal ones on environmental issues."

Whether this is a good thing or not, is of course, open for debate.  The ultimate legacy of Nelson Rockefeller was big government in New York - in a big way.   And with that comes big taxes, which is the primary reason I no longer live in New York today.   When taxes went up - way up - jobs went away.   And even returning there as a summer resident proved too costly for me, when property taxes shot up to cover the costs of ambitious social welfare programs.

But remember, this is a Republican Governor we are talking about.   And I am not sure much has changed today, in New York, whose last Republican mayor wanted to regulate everything from smoking to how big a soft drink you could buy.   Perhaps Republicans in New York are from an alternate reality.

But historically, Republicans were not always the party of conservatism.  Things started to change, at least in voter's minds, around 1968.   You may recall, this is the era in which Barry Goldwater ran for President as a conservative Republican, and Democrats embraced LBJ's "Great Society".   People started squaring off into corners, with Democrats flocking northward, and Republicans fleeing to the South.    Well, actually, most people stayed put, they just changed party affiliations.

Nixon, a Republican, tried to control inflation following the 1973 Arab Oil Embargo by instituting wage and price controls.   Can you imagine how Fox News would handle that today?   Not only was that Socialism, it was downright Communism - a "command economy" move, from a Republican President!

Even Ronald Reagan was "Liberal" by today's standards - as he instituted the first amnesty program for illegal immigrants.   And yes, the gang at Fox News has pilloried him for this faux pas.   Perhaps the legend of Reagan is already tainted.   He was a RINO if there ever was one.

So what does this all mean?   I am not sure, other than party labels and party affiliations are pretty meaningless.   And maybe that is one reason the majority of Americans consider themselves to be independents and not affiliated with any one party.

Parties, by their very nature, will never represent all of the people, all of the time.   And political maturity dictates that you understand that any candidate, other than yourself, cannot represent your own views all of the time (indeed, even if you ran for office, you would have to represent the views of your district, not yourself, if you hoped to be re-elected).

The GOP, in expunging its liberal wing, has shed voters at the same time.   It seems they spend more time arguing over who is more politically correct (how ironic) and instituting purges that would make Stalin proud, than in actually trying to govern - or more importantly, get elected.

One cannot be a fiscal conservative and a social liberal, it seems, at least not in the Republican Party.  And increasingly, the GOP doesn't even seem to be the party of fiscal conservatism.   The eight-year national nightmare of the Bush Presidency did nothing but ring up staggering deficits and create a huge speculative bubble on Wall Street and on Main Street.   We are still paying for this party with a five-year national hangover.

Sadly, it seems that today, people are squaring off more than ever.  But signs of compromise are appearing here and there, like crocuses after a spring snowstorm.   Speaker Boehner, who caved-in to the tea party's demands to crash the government, has been compromising on one issue after another, settling for the possible rather than the ideological.   And the real money in the GOP (big business) has had enough of the posturing of the far right.   The titans of Wall Street and the Corporate Board Rooms really don't give a rat's ass about Gay Marriage or Abortion.   They want financial responsibility and stability - something the GOP has not been delivering in recent years.  They loved Bush for his tax cuts, but he delivered little else.

2014 will be an interesting year.   The big money in the GOP, funded by groups like the US Chamber of Commerce, is trying to derail the candidacies of tea partiers and other far-right candidates.