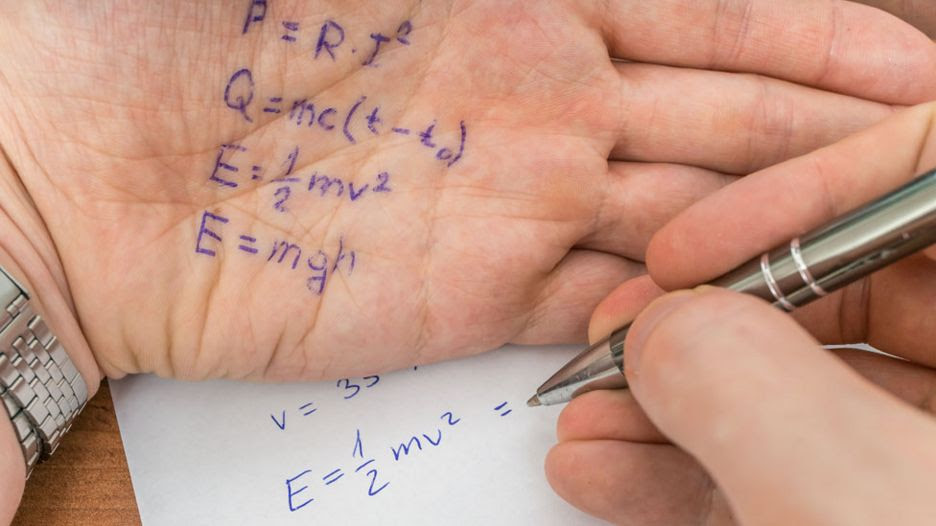 Poorer students do poorly in school.   This is news?

In a recent article on the BBC, they act all shocked when it is revealed that poorer students do poorly in school.   I was unable to fathom where the Beeb was going with this.  The article documents how in Romania, they put an end to widespread cheating on exams, and as a result, the poorest students (in the economic sense) had their grades fall the furthest.

I am hoping that the BBC is not implying that we should let poor students cheat on tests as a way of evening up social outcomes.   But it appears to be what they are implying.   Freaking sad.

But what the BBC decries as unusual an unexpected, is, of course, what most people who have lived for more than ten minutes on this planet could tell you.   And the reasons for this are many, but in general they can be summarized by the poor are stupid which is why they are poor.   Once again, of course, to even say this is to be accused of "attacking the poor" instead of just stating the obvious.   Poverty doesn't "just happen" to people like some random event, just as homelessness doesn't "just happen" to people, but is caused mostly by mental illness and drug addiction.  But to hear the media tell it, these are random events that happen to people who are "unlucky" which really isn't a very helpful attitude in determining the causes of poverty and homelessness, or indeed even in solving them.

Oh, and taking that holier than thou attitude is just another form of sick shaming behavior which is designed to shut down all discussion, not enable it.  And no, the poor are not noble, more spiritual than you and, nor do they have magickal powers.   In fact, they are quite likely to beat the shit out of you and steal your stuff.  Stop romanticizing poverty!
But let's look at these factors one by one and see how they create this cycle of poverty and stupidity:

1.  The poor do not value education, hence they are poor:   You see this all the time in poor neighborhoods, whether it is an inner-city ghetto or the redneck trailer park in the country.   Folks like that don't need no book learnin' that's for sure!   They don't need to speak English without some thick accent - inner city or rural country, either.  They don't need to know how to spell or do math - right?  The "smart" poor person who tries to study and get good grades is literally beaten down in school and after school and even at home by his parents.   The message is clear - don't get above your level in life, or the crab-bucket mentality.  Kids learn early on not to try to be "smart" - as a survival skill.

2.  The poor do not value literature and reading:  When my Mother worked with head start to try to help poor families teach their children to read, she was appalled to visit some of the rural homes in our area.   Trailer homes with several cars, snowmobiles, and pickup trucks parked in front of them would have a monster satellite dish, but nary a single book in the house, or even magazine, except perhaps TV Guide or the National Enquirer.  She would give them a copy of Richard Scarry's Busy, Busy World, which was a great children's book.   It would be the only book they had in the house.   It was charming, though, how the adults found it interesting and would read it, word by word, with their kids.  Never too late to learn!

3.  Lack of education perpetuates the cycle of poverty:   You can argue all day long whether it is just native stupidity or lack of education, the net result is the same - the poor don't think a lot about their economic situation, how to improve it, or where their money is going.  The middle-class person buys a house and a car, the poor person buys a trailer and five broken-down cars and two snowmobiles.   Poor economic choices caused by either native stupidity or lack of education - it doesn't matter which.   Emphasis is on status or perceived status, and not on long-term gains.   (Sadly, the middle-class has fallen down this same rabbit-hole in recent years).

Take this all together and you have a perfect storm.   You can argue which is cart and which is horse.  Are poor people dumb and thus destined to be poor?   Or do the poor merely make themselves dumb by not valuing education and thus perpetuating the cycle of poverty?   It goes both ways, but there are very few smart poor people, other than those who either choose poverty as a lifestyle (and often, they are not actually poor) or people who are too-smart-for-their-own-good and fall down the economic ladder into poverty due to drug use, mental illness, or a combination of the two.

But to act shocked at the results of the study in Romania is just plain, well, stupid.   If you spent any time in public schools (real public schools, not the private schools that the British call public schools - they also drive on the wrong side of the road and spell "color" wrong) you realize pretty quickly there is a hierarchy among students, with the highest-scoring students generally correlating to the wealthier students - not always, but generally.

But right there might explain why the middle class in America is disappearing.   What I described above was a middle-class family in the 1950's and 1960's, when you bought a bookcase to hold books, and not merely decorative items as so many people do today.   The television was not the centerpiece of the home, and the children didn't spend all day playing video games, causing trouble online, and watching endless hours of bad television shows.

In other words, our middle class have turned into idiots.   I don't know how many middle-class people I meet today who gush over their "favorite show" which sadly is usually some idiotic "reality" television show, which of course is not real, but they believe it is.

And maybe that explains not only why the poor are poor but why our middle class is sliding down the economic ladder.   We are turning into a nation of morons - a world of morons, if you will.

Because if the BBC can't see the connection between poverty and academic achievement, well, they are staffed by morons as well.

NOTE that this is not to say that you have no choices in life or that statistics and trends dictate outcomes.  There are people born into poverty and stupidity who escape from their circumstances by applying themselves, often having to fight their peers and even their parents to make different choices in life.    Choices trump statistics, every time.

But on the other hand it is idiotic to act shocked that most people don't make these hard choices.