Not Quite the End of the World - But It's a Start! 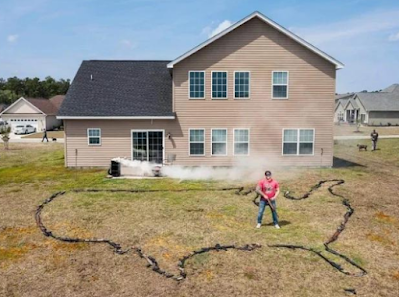 Recent Supreme Court decisions are not quite the end of the world, but nevertheless part of an overall trend.

Everyone is up in arms (sorry, pun) about recent Supreme Court decisions regarding guns and abortion.

The gun thing is interesting, as the media is painting it as abolishing all regulations about guns and letting just anyone buy a gun or carry it anywhere.  It is not quite the case, and some political types are characterizing it as open-season (again, sorry) for gun owners.

This is not quite the case.

When I lived in New York (where I was born and raised) you could not just carry a concealed handgun without a permit, and permits were hard to come by.  A friend of mine worked for Oneida Silver and had to carry valuable securities with him.  He obtained a permit to carry as he had a legitimate reason to do so (not merely a speculative reason) and passed background checks and got references from several upstanding members of the community, including a Bank President and the local Sheriff.

It wasn't impossible to get a concealed carry permit, just hard.  And it wasn't for your average drunken Joe - it was for serious people who were upstanding members of the community.  And that law had been in place - without challenge by the courts - since 1913.

So, the Supreme Court overturned this.  What does this mean?  Well, background checks can still be required.  Convicted criminals can still be barred from buying or carrying weapons.  People with mental health issues may be barred as well.  And certain locations, such as government offices can be deemed gun-free zones (particularly the Supreme Court, I am guessing).  So it is not like the media presents it in the news.  And you can be sure new laws will be enacted and challenged in the courts and what is and is not permitted will be hashed out.

Sadly, the minority opinion relied less upon the law than upon public opinion - making noises about recent mass-shootings as justification for the law.  These are not legal arguments - those are political opinions that have more of a place in the legislature than in a courthouse.  And besides, as the majority noted, the concealed-carry law in New York State did not prevent the recent mass-shooting in Buffalo.  In fact, I think it would be hard to argue that the law has prevented much in the way of gun violence - criminals are not too worried about obeying the laws.

At best, I suppose it would give the Police something to charge a criminal with, if they are stopped and found to be carrying a weapon without a permit.   Perhaps this would be useful in a situation where there wasn't enough evidence to charge them with another crime, but they still wanted to put a wrongdoer away.  But whether it prevented gun violence - that is harder to prove.

Nevertheless, this represents another frog-boiling-in-water scenario, where the court has moved the needle slightly in one direction.   Fewer Americans, per capita, own guns than they did 50 years ago.  But the few that do, own a LOT of them - an arsenal in fact, such as the fun fellow shown above, who clearly does not know how to properly care for firearms.  No, that is not burned grass in the photo - those are all firearms.  Grass is very acidic and can corrode metals (why you should never park a car, long-term, on grass) and let's not even talk about the dirt.  He'll spend several days, if not weeks, properly cleaning all those weapons.

What concerns me is the next time there is an insurrection at the Capitol (and there will be a next time, you can count on it) the Police won't be able to stop and arrest people carrying concealed weapons, on their way to the riot.  They are just law-abiding citizens, right?  Yet many were carrying weapons that day, and in fact, a few were arrested.  One guy had a cache of weapons in his truck, plus bombs.  I guess that is OK by the SC now.

The problem is, this small minority of gun owners coincides with this small minority of people who want to overthrow the government and install a Christian Nationalist Fascist government.  And thanks to decisions like this, it is easier than ever for people to accumulate arsenals of weapons.  If you talk to these folks, they are quite up-front about it - they argue that the Second Amendment exists primarily to threaten legislators and government officials into toeing the line.  Do as we say.... or else!  Don't tread on ME, buddy!

Kind of sick - and scary.  Just because your ideas lose at the ballot box is no reason to overthrow the government.  Democracy is a majority-wins kind of game, even in our country where the minority wins half the time, thanks to the electoral college and gerrymandering.

The other half of the equation is abortion.  The Supreme Court - as expected - has overturned Roe v. Wade, which as I noted before is a flawed decision from a legal standpoint.  The question before the court, back in 1973, was whether abortion could be outlawed by the States, under the Constitution.  The court constructed the "trimester" system from whole cloth, which some felt was an overreach - legislating from the bench, because legislators were too scared to legislate.  Maybe now Congress will get off its ass and pass a nationwide abortion law as it should have done in the first place.   But don't hold your breath.

It is like the gay marriage thing - which I suspect will be next on the chopping block.  Rather than go through Congress (which is chock full of cowards) the Supreme Court decided (with a conservative Chief Justice, no less!) that since the Constitution was silent on the issue, well, it oughta be legal.   Now granted, under the auspices of Res Judicata and Stare Decises, such decisions should not be overturned.  After all, the court has decided already!  And courts don't make mistakes or ask for do-overs or change their minds.

But the Supreme Court has a long, long history of making bad decisions and overturning decisions they made earlier - sometimes for the better, sometimes for the worse.  Dred Scott was a horrible decision, based on the politics of the time, more than anything.  Fortunately, the court did not feel bound by its own precedent later on.  But this also means that nothing the Supreme Court decides is final anymore.  While Roe may be overturned, there is nothing to say it may reinstated down the road, if, for example, three new liberal justices are appointed (after some freak accident takes out three conservative justices).

This tends to undermine the authority of the Court, which is more and more viewed as an arm of the Republican Party.  Then again, during the Roe era, conservatives felt the court was merely an arm of the Democrats.  Payback is a bitch.

But what are the real consequences of this decision? From what I understand it does not outlaw abortion entirely (just yet) but allows States to pass laws outlawing or restricting abortion rights.   You can bet there will be a lot of bus trips made to adjacent States by women seeking to abort a fetus.  Whether this can be outlawed - as has been tried in Texas, by allowing people to sue those "aiding" in obtaining an abortion - remains to be seen.

UPDATE:  Some have noted that many States, such as Wisconsin, never removed anti-abortion laws from their books.  Technically, I suppose these are now enforceable in that State, unless repealed by the State legislature.  There is less than a 50/50 chance that will happen anytime soon.

Overall, though, I think it might not change things too much in the near future.  Abortion rights have already been severely restricted in the you-know-who States, and they probably will remain that way.  Whether people want to continue living in such States - with liberal gun laws and conservative abortion bans - and opening new businesses, remains to be seen.  However, as illustrated by Elon Musk, some people care more about their tax bill than social issues - which is why Musk moved his operation to Texas from California.  It's all about money, to some people.  Until they wake up in a far-right Christian nightmare, that is.  But the very rich can afford to move - and break the laws as well.

Then again, put enough Californians in Texas and things might change.  It is already happening to some extent, and one reason why Virginia and even Georgia, are turning blue, if not purple.  If these decisions by the Supreme Court are that unpopular, we'll see a big turnout at the next election.  Sadly, most people either don't care or are apathetic, and a minority of folks end up carrying the day.

Of course, there are other decisions - and a plethora to come - that are also moving the needle to the right a little bit at a time.  And maybe this is part of a pattern - when society goes conservative, the court goes liberal, and vice-versa.

Change may come, but not for some time, and not before more and more things like this, whittle away what we had.  There is a core group of Americans who would like to see our country turned into a religious theocracy - with public schools teaching religion, or at least one religion.  And six of those Americans sit on the Supreme Court.

UPDATE:  See my earlier posting on Abortion (and my other posting).  Maybe back in 1968, the "shame" of having a child out of wedlock was enough to drive young, unmarried women, to have back-alley abortions and risk death.  Today?  More than half of all births in the US are out of wedlock.  So the idea that women will "go back" to having dangerous abortions performed by shady doctors is a little overstated - particularly when they can take a bus to another State.

Rather, abortion and Roe v. Wade has turned into a talisman - a line in the sand - for both Left and Right.  For the Right, it was the impossible goal, always out of reach.  For the Left, it was then dangling threat that was always on the horizon.

Well, the impossible goal has been reached and the threat realized.  Of course, the next step for the Right is to outlaw abortion, State-by-State. And the next steps for the Supreme Court have already been outlined by Clarence Thomas - who has basically said that "errors" made by previous courts need to be "corrected."

And one more thing:  Violent protests or even blocking roadways isn't going to convince anyone of anything, other than perhaps you are a lunatic and they were right all along.