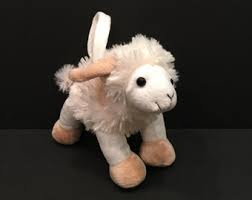 Have Americans gotten weirder or are they just now more noticeable?

We went on a boat tour on Rainy Lake and Lake Kabetogama and it was interesting.  We like just riding in boats, so that was sufficient for us.  After the tour, we had a picnic lunch and dunked our kayak in and paddled around.  We were happy.

What is interesting about these boat tours or tours in general is that you see a lot of single people traveling alone.  I noted before we met an Indian tech guy traveling alone by RV (and working) and he mentioned going on a similar boat tour.  I guess it makes sense - if you are by yourself, it pays to seek out some organized activity rather than sit around by yourself, pouting.

But what was interesting to me was how people were acting very strangely on this boat tour - and not just single people!  Let me give you some examples:

The Influencers:  A Chinese couple who were desperately trying to appear young (but were not) spent the entire trip, not looking for bald eagles, but instead taking endless selfies and photos of themselves.   They got kind of antsy when other people were in the picture (I guess they wanted Facebook to think this was their private yacht) so I made a point of photo-bombing them (just kidding - I wanted to, though!).  They were an odd couple.  She had long hair going halfway down her back.  I guess she had died it pink at one time (anime?) but it was groing out, so the last 9" were pink, the middle 9" were platinum blonde, and the first 9" were black.  It was not a good look.  What was weird was they acted like we should all know who they were - I guess they were Internet celebrities in China or something.  They kind of got frustrated, I think, that no one asked them for their autograph.

Gamer Boy was there with his family and was full-on Asperger's.  He was about 15 or so, wearing noise-cancelling headphones and carrying a pad device that never left his hands.  He really didn't want to be there, so he spent the entire trip playing some sort of game on his pad and isolating himself from his surroundings.  It was kind of surreal.  I guess the parents couldn't leave him alone at the trailer or hotel room, so they had to bring him - like hauling a sack of cement around.   He was innocuous, though, largely keeping to himself, although his sense of personal space was kind of off.

Lambchop was a nervous, very nervous, skinny girl in her 20's, who carried a backpack with a stuffed toy lamb poking his head out of one zipper.  Her service animal, I guess.  She joined us on the fantail of the boat, where we went to get away from everyone else (I include ourselves in the weirdos category).  She seemed somewhat normal, but I got the impression she wasn't interested in conversation.  She sort of shook and trembled a lot.  I got up to look at something (those damn eagles again - they're everywhere!) and when I went to sit down, the influencer had taken my seat.  So I sat on the other side of Mr. See, next to Lambchop, albeit about a half-seat away.  She started trembling and I got the impression I was making her nervous.  So, when Mr. Influencer got up, I quickly reclaimed my seat and Lambchop stopped vibrating so much.  She gave me a look like "thank you" as apparently being in close proximity to other people made her freak out (I understand this fully - I don't like humans, either - their track record speaks for itself).  The oddest thing she did was, when it got a bit colder out, was to put a tiny hoodie on her stuffed lamb so he wouldn't get cold.

UPDATE:  Mark tells me it was a Llama, not a lamb, as he talked to the lady and she said his name was Larry the Llama.  OK.

Hatman was a handsome older gentleman travelling alone, and he had an immaculate Stetson crush-able hat in the most interesting color - sort of a pumpkin color.  The rest of his wardrobe was a contrasting moss green, except his t-shirt, which you could catch a glimpse of now and then, was an exact match of hat in color, along with a poncho (Suddenly, it's 1970!) in the same pumpkin shade.  He was very well-groomed as well, and I felt like some sort of dirty car mechanic next to him.  How he went ashore and never got dirt and sand on his boots was beyond me (we stopped at an island with an abandoned gold mine).   Nice fellow, but again, the behavior was off.  And it may be simply because he was alone and not with his partner.  I wrote about this before - we all behave differently when alone than with a partner or in a group.

There were a few more single people on the cruise.  There was another Asian fellow, for example, and the noticeable thing about him was that he wanted nothing to do with the Influencers.   No doubt there was some cultural thing going on there, or maybe he just didn't like influencers.  I mentioned before how in "Latin" countries there is a lot of prejudice against people with darker skin colors, as well as prejudice against people from other Latin countries.  The same is true in Asia - each country thinks theirs is superior to others.  The Japanese sort of took that to extreme, of course, in 1939.  So maybe that was the deal.  It was interesting to watch.

But what was interesting to me was how many of these behaviors would not have been seen, even a dozen years ago.  It made me wonder whether we've become a weirder nation, or the freaks are all out of the closet now.  In the past, your oddball Aunt Edna would be shut away and not allowed out in "proper society" lest she bring shame on the rest of the family when she started uncontrollably shouting obscenities.  Today, she can go out and about and we accommodate her behavior.

And maybe this is a good thing - up to a point.  Carrying around a stuffed lamb for security isn't harming anyone or inconveniencing anyone.  If it makes you feel better, why not?  Bringing your Vietnamese Potbellied Pig on an airplane for calming purposes on the other hand, infringes on the rights of others.

As does endless selfies for your influencer channel.

But maybe there is another aspect to this.  Is the whole world going crazy?  You can see where the anti-vaxxers get the idea that vaccines cause autism - it seems everyone is (or claims to be) "on the spectrum" these days.   But I don't think that is the case that vaccines are to blame.

I think that autism has come out of the closet and it is trendy to identify yourself as Aspberger's or whatever.  Everyone also claims to be ADHD or dyslexic or whatever.  We've made being handicapped attractive to most people.  You get attention.  You get special meal.  You get preferred parking and early boarding.  Why not be different?  Being "normal" these days means only having to put up with (and pay for, through taxes) the "abnormal" behavior of others.

This is not to attack the mentally ill or the handicapped.  The really disabled people I have met (mentally or physically) don't really want "special treatment" so much as equal opportunity.  And no, the really handicapped are not annoyed with the terms "handicapped' or "disabled" - only able-bodied people spread that "differently-abled" crap, just as it is tall people who claim that dwarfs and midgets (which are different conditions) demand to be called "little people."  Give me a freaking break.

In fact, the only really annoying behavior on the boat was the influencers, who seemed to think that because of their alleged celebrity status (in another country) they were due special treatment and we all had to move out of their way while he took pictures of his "pretty" wife or girlfriend.

I think this is why we are seeing a lot of push-back on the right these days, against minorities, both racial and sexual.  People are pretty accepting, but they bristle at others getting special advantages that are not offered to them.  People who never went to college or paid back their student loans are upset that others are getting a free $10,000 lopped off their debt.  The fact that others got PPP loans forgiven or corporations get big handouts doesn't appease them at all - they didn't get those freebies, either!  You can't argue "everyone else is getting free money" to the one guy who isn't.

Similarly, I think this whole "trans" thing (both sides of which are being fueled by gasoline thrown on the fire by external forces - is that you, Vlad?) pisses people off because they are being told they not only have to accept someone else's lifestyle, but have to use "correct" pronouns, and if they slip up, even once, they are worse than Hitler. It is one thing to tell them we have to change the English Language to accommodate the needs of a very few.  Not only that, tell people that they have to pay for expensive elective surgery through their taxes or health insurance premiums.  And worse yet, none of this is up for discussion.

That is not healthy - it will backfire, too.

But I digress.  Maybe I never noticed people being a little off when I was a kid.  After all, in the 1960's, the urge to conform to societal norms was strong.  Charles Nelson Riley or Liberace weren't gay - they were just "confirmed bachelors" who "haven't found the right woman yet" (one with a penis).  Today, that's a lot easier to find.

Maybe we've become a nation of weirdos - and I'm one of them.  Maybe we are just more accepting of differences - and that's a good thing.  I just hope we don't take a good thing too far - or that we already have.

Seems a lot of people these days are wanting to go back to the days of conformity.