The Beginning of the End.... for Starbucks? 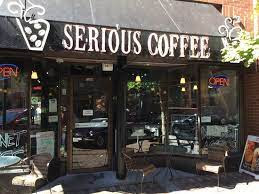 Fads are fun and all, but not the basis of a long-term business model.

Starbucks is closing stores nationwide, citing "security concerns" with shrinkage (theft), violent crime, and vandalism.  Not mentioned: unionizing efforts.   It is interesting, but back in the 1970's, if employees tried to unionize or go on strike, you could not just close the factory, move the machines down South, and start up again - that was considered "bad faith" negotiations.  A lot of companies ended up doing that anyway, but by taking a few extra steps, made it look legit.

For example, there was a Caterpillar strike that went on for years.  The company had built up an inventory of tractors, so there was little incentive to settle the strike.  Eventually, they got bored with toying with the union - like a cat playing with a near-dead mouse - and they "settled" the strike.  Everyone went back to work, and a month later, they all got their pink slips as the company closed the plant.

And you wonder why union membership is down these days.  But I digress.

I think there may be another reason Starbucks is closing stores and that is, they are unprofitable.  And they are unprofitable because they don't have enough customers.  And they don't have enough customers because there is a recession going on (shhhh!  don't talk about it!).   Prices have gone up, wages have stagnated, and people are running short on cash.  The first things to go are the toys - jet skiis, boats, RVs, motorcycles, hobby cars, etc.  Then the take-out and delivery foods and restaurant meals.  And of course, right in there is fancy "coffee drinks" that take a half-hour out of your day and cost $5 or more, when all is said and done.

Like any good business, Starbucks has tried to change with the times.  They went big, fast - the silicon valley way - and made designer coffee part of the landscape.  But of course, there is no secret sauce in coffee making, and competing chains and local Mom&Pop shops sprung up (or were already extant) and thus the market for "good coffee" was saturated.

They noticed that their core customers were migrating to sweeter drinks - anything with chocolate, caramel, whipped cream, and so on and so forth.  It is to the point today that Starbucks is more of a milkshake outlet than a coffee shop.   But they went where the market was - and the market loves to eat like they are at a six-year-old's birthday party.

Good coffee doesn't have to be expensive.  Just getting whole beans and making your own pot is a real start.  Coffee isn't a very expensive beverage to begin with. Tea is even cheaper.

Starbucks, however, did to coffee what Apple did to smart phones.  They sold status.  People would walk around with their "Starbucks" (now a noun!) and hold the cup up high, with the label facing out.  Apple did the same thing with their Apple logo, making sure it faced outward and if you had a cover on your phone, it would have a little apple-shaped hole, so people could see the logo.

Recently, Apple has taken this to new heights.  On many dating and chat apps, messages from Apple phones are blue and messages from Android phones are green (this has to do with the message type, actually, not the phone - Apple uses a proprietary message format, of course!).  Apple has been promoting (using bots and trolls) the idea that on a dating app, you shouldn't talk to "green message" people.  It is stupid, of course, but you can bet some idiot went out and bought an Apple phone because of this "viral" meme.   To me, it smacks of desperation - if that is all Apple's got, it ain't got much.

And that is the problem with selling fads.  You have to keep coming up with a new fad to keep the interest of the plebes.  That's why McDonald's doesn't just sell the burgers, fries, and shakes that it did 50 years ago, but constantly introduces (and re-introduces) new menu items.  Can't wait for McRib week, eh?  Yuk.

So maybe there is more to this story than unionizing and shrinkage and theft and crime.  Maybe it is just that people have run out of disposable income and one of the first things on the chopping block is designer "coffee drinks."

And maybe there is something else, too.  Starbucks has become a parody of itself - a clown coffee shop that no longer serves "serious" coffee.  You want good coffee, you go to the hipster coffee shop downtown.  You want a coffee milkshake with a side of Karenism, you go to Starbucks and ask to see the manager.

And maybe - just maybe - people are sick and tired of that shit.  I know I was, more than a decade ago.

If you go to a real coffee shop and ask for a "pumpkin spice frappichino" you will be asked to leave.

Of course, Starbucks isn't going to go bankrupt anytime soon.  Like so many other companies (such as Apple) they may retreat, regroup, and re-emerge as an entirely different thing.  Did you know Apple used to sell computers?  Yes, I was shocked to learn that, too!

Maybe in 20 years, Starbucks will be hamburger chain - or a chain of strip clubs.  Who knows?  Topless coffee shops are already a "thing" in Vancouver.  Just an idea, Starbucks!