Do We Really Control Any of Our Destiny? 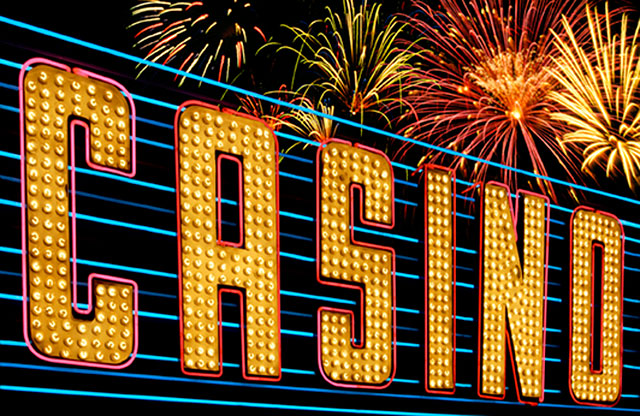 Are compulsive gamblers just people with weak constitutions, or are their brains wired differently?

One aspect of financial planning that is very disturbing, is the possibility that we, as human beings, are little more than pawns at the mercy of our own brain chemicals. Trying to plan for retirement or save money may be short-circuited by overwhelming impulses over which we have no control.

In other words, all the best advice, seminars, etc. can't overcome a brain pre-wired to squander money. It is possible?

Recently, it was discovered that a drug prescribed for Parkinson's disease patients was causing them to go berserk and gamble their life's savings away.
It was a tragic scenario, as businessmen who had amassed over a million dollars in life's savings, suddenly became compulsive gamblers and gambled every last dime away. Once they were taken off this drug, they realized what they had done, to their horror.


1. As a casino owner, wouldn't it be a good idea to put this chemical in the food and drinks?

2. How much control do we really have over our spending and savings?

3. Are our brains pre-programmed to release certain amounts of these chemicals, making any behavioral modifications even possible?

4. Or do our brains release these chemicals in response to environmental stimuli?

5. Are plans to privatize social security or rely on self-funded retirement programs (e.g., 401(k)) hopelessly flawed, as a certain portion of the population will inevitably squander their savings as directed by their brain chemicals?

To answer all these questions, of course, I can only speculate. What is troubling to me is that few people see the true implications of this incident with the gambling addiction. It is clear that the human brain is pre-wired to respond to certain chemicals and hormones, and that behavior, once thought to be a matter of mere will or "character" might be selectively programmed with a pill.

In other words, if there is a chemical that causes compulsive gambling, perhaps there is also a chemical that does the opposite - blocks the receptors of the risk-taking portions of the brain. Which in turn raises the possibility all sorts of behavioral problems might be caused and cured by altering brain chemistry.

Of course medicine has been working on this theory for years, but most of their work has been in trying to help the severely disturbed (psychotics, bi-polar disorder, severs depression, etc.) and the drugs used in such treatments are akin to using sledgehammer to kill a fly. I am not aware of use of drugs to control behavior in "healthy" people. It is a tantalizing idea, although one fraught with peril.

If we could take a "risk-taking" or "risk-averse" pill (in an Alice in Wonderland scenario) which would you take? What we might think is the "right" modification of our behavior might end up being the exact opposite thing we need to do. As many people are financially harmed by being overly risk-averse as are those who bankrupt themselves by taking too many risks. Your instincts to control your own behavior might backfire in a big way.

Since such pills do not (yet) exist, the question is moot. However, what does cause some of us to be more risk-takers than others? And does this change in response to environment? I think the answer to the latter is "YES." When placed in an environment where risk-taking is the norm, people probably tend to take more risks. Perhaps this is why con-artists like to hold "seminars" where you can get a group of people together in a church-like setting and make buying a time-share seem like a sound proposition. Perhaps the risk-taking pheromones released throughout the room become contagious and suddenly, normal rational people start to sign the papers. (And just as deadly to such a scenario is the doubter whose pheromones are a total buzz-kill to the rest of the congregation. No wonder such folks are usually quickly shown the door, whether it is a time-share weekend seminar or a religious cult).

At the other end of the spectrum, there are probably pheromones of risk-aversion released in groups, such as 12-step programs and savings clubs. It is just a guess, but group behavior is an interesting thing.

Similarly, in conditions of economic boom, the feeling of prosperity in a person's brain probably releases chemicals that say "go for it!" while in depressed economic times (like today) the constant barrage of bad news causes people to hoard their money and carefully consider their purchases, even if they personally have not been affected by the downturn.

A hundred years from now, we probably will have better answers to these questions. Perhaps by then, gambler's anonymous will be replaced by a simple over-the-counter medication (if the casino operators don't suppress the research first).

But, how that this information be useful to you as an investor or person trying to live on a budget?

First, I think it tells us that a lot of our behavior is not always within our control. This is not to say we have NO control, only that on occasion, we end up doing stupid things, like buying something we have absolutely no use for. Rather than recriminate ourselves and feel bad about it, chalk this up to human behavior.

I like to point out that as human beings, we are remarkably inefficient animals. Much of our working time is squandered with unproductive work, and often we work at cross-purposes. Given that nearly half our lives are spent sleeping and eating, and the remaining half spent goofing off, I suspect that the overall efficiency of a human being might be 1 to 2 percent, at best. So, rather than feel bad that you've wasted money or time, or not lived up to some high standard, you should feel good that you've accomplished anything at all. After all, the deck is stacked against you.

Thus, the alcoholic depressed about his alcoholism, cheers himself up with a drink. The shopaholic, depressed about credit card bills, does the one thing that surely cheers them up - more shopping! (an article about this is forthcoming, again based on a real-life experience of a friend of mine).

One thing is certain, though, such behaviors are usually impulsive. The more we can consider and contemplate our behaviors (by planning) the better we can control them. Thus, making a shopping list and setting up a budget can allow one to shop without over-spending.

The 12-step programs, of course, take an opposite approach, and perhaps for hard-core addicts, such a technique is necessary. An alcoholic cannot "manage" his drinking by limiting himself to one drink. The shopaholic cannot limit themselves to buying one dress. The over-eater cannot limit themselves to one slice of pizza. They all must quit "cold turkey" and never engage in these behaviors again.

However, the majority of people are able to drink occasionally without getting falling-down drunk and ruining their lives. Many people can shop responsibly without going bankrupt. And despite the obesity epidemic in the US, there are folks who can eat responsibly and exercise and stay in shape.

I would like to think we still have some control over our destiny, otherwise all hope is lost.
Newer Post Older Post Home
View mobile version