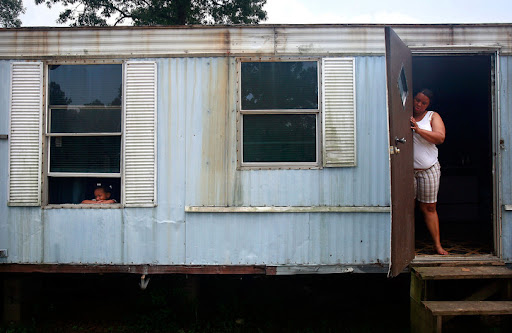 Poverty may be caused by lack of opportunity.
It is perpetuated by poor financial choices.


One of the sponsors on NPR is some foundation whose stated goal is to "find the causes of poverty."

This struck me as sort of odd, as the cause seem rather obvious to me.

Many folks believe that poverty is caused by a lack of money. But that is merely the symptom, not the cause.

I believe that poverty may be caused by lack of opportunity, but is perpetuated by poor economic decision making.

Consider, for example, a young rich man who inherits a million dollars when he turns 21. He squanders it all on parties and expensive cars and junk, and by the time he is 25, he is bankrupt.

Not many folks would feel sorry for him, would they? After all, he had a great opportunity handed to him, and he foolishly squandered it.

Now consider another young man, also 21 years old. He goes to work at the local factory and makes $50,000 a year for 20 years. Over his career at the factory, he makes a million dollars. But he squanders most of his income on cigarettes, beer, cars, jet skiis, snowmobiles, motorcycles, cable television, and other unnecessary expenses - all financed, of course, by the finance company. By the time he is ready to retire, he is essentially broke.

Funny thing, but many people would feel more sympathy for the second fellow, as he was a working stiff who didn't just get a million bucks handed to him. But he squandered it in pretty much the same way the first fellow did - on shiny trinkets and junk.

So is there really a difference? I think so, but not as much as you'd think.

But more importantly, neither fellow had the education and training to make good sound financial choices, and as a result squandered most of their money. One fellow just did it all at once, while the other fellow just slowly bled to death over 20 years.

We do not educate people in this country about how to use money and what it is. On the contrary, we do just the opposite. We encourage consumerism and spending and borrowing and owning of shiny depreciating objects. And we do this through the greatest teaching machine ever invented - the Television.

Greatest Teaching Machine? Yup. Yes, you know how I feel about television - it sucks. But that is only because of the way it is presently used today, not because of the underlying technology. In the early days of TeeVee, it was not such a medium for shilling corporate interests and encouraging consumption. But since the 1980's, great changes have occurred. The FCC has basically been neutered. Moreover, regulations that applied to "over the air" stations have been deemed not to apply to cable.

So television acts as one long advertisement for consumption and borrowing. The ads blare how you should buy a new SUV for "only" a few hundred dollars a month. And then order a pizza and pay for it with a credit card. What's in YOUR wallet? Broke? Go get a Pay Day Loan like the smiling girl on TeeVee who is fanning a wad of $20 bills. She's happy, you can be too!

The ads are bad -the programming is worse. The home channels push the idea of owning more home than you can afford. And they push, push, push the idea of home renovations, including expensive gourmet kitchens and bathrooms. Every channel has programs on how to spend your money.

Home shopping sells junk over the air, enticing you to "call now" and rack up more credit card debt. When I worked at United Parcel, I would see boxes from these places go to the same addresses again and again. People think they can be happy if only they can consume more. And of course, it never works.

The financial channels are the worst - often pushing the idea that you should monitor the stock market on a day-to-day basis, looking for "hot picks", instead of investing for the long haul. Let's face it, real good financial advice just isn't all that interesting and doesn't make compelling television. So we have this guy on the financial channel shouting at the camera. And people think he's a genius. Go figure.

Poor people may start out poor because their opportunities are limited. But what keeps them poor is that they squander what little opportunities they have and then make bad financial decisions over and over again. Education is the one opportunity that is available to the poor in this country. And yet in many poor communities, studying hard is not viewed well by your peers. Moreover, many poor people end up studying hard, but getting useless degrees that never lead to jobs. It is an opportunity lost.

Compounding squandered opportunities are the bad financial decisions made. Payday loan places, title pawn shops, bling-rim stores, and the like, all are prevalent in poor areas, as they all prey upon the weaknesses of the poor - the desires to have shiny consumer goods NOW, even if they can't afford them. So people sell their souls to the payday loan place so they can have shiny rims on their car. And they wonder why they are broke all the time.

It is sad, and it does make one angry. Some well-meaning folks have tried to outlaw these payday loan places, with some success. But the payday loan places and other industries that exploit the poor are well-funded (with the money they make ripping off the poor). So they fight back and get laws changed back again. It never ends.

And it has always been this way, too. And perhaps it always will be. The solution of throwing money at the poor rarely works. Without proper financial education, the money is often squandered. Lottery winners are the extreme example of this problem. People with no appreciation or education about money win the lottery. Within a few years, they are bankrupt, or as happened in one recent case, dead. There rarely is a "happily ever after" for lottery winners.

But there is some good news in all of this. It is possible - very possible - to get ahead and get out of poverty, simply by making different decisions than your peers. Instead of trying to have a fancy ride or flashy clothes, concentrate on building wealth. Instead of borrowing money to buy a flat-screen TV and renting furniture, put money in the bank.

It isn't easy, as all of your friends will think you are insane for not having cable - or worse yet, poor. But in the long run, you will come out ahead -far ahead, that your peers.

It is a ray of hope in an otherwise bleak existence. But it is there. But you have to chose it.

But to many, the temptation to have things NOW outweighs having real wealth.

For example, I knew a clerk at the Patent Office who had a brand new Toyota, always had nice Coach hand bags, and wore stylish clothes.

Now bear in mind that as an Examiner making 2-3 times her salary, I was driving a used car, buying my clothes at Marshall's and certainly not carrying a Coach bag.

When I asked her how she could afford all this on her salary, she explained that since she (and many of her relatives) all lived with her parents, she had to pay no rent. So all of her income was disposable - and she disposed of it as quickly as she could. No savings. No 401(k) (Thrift Savings Plan), nothing. Just a series of payments to finance companies that totaled, every bi-week, the amount in her paycheck.

And of course, since she lived in a bad neighborhood, the new car got broken into and vandalized. And since she was so tight on cash, she never maintained it or changed the oil. It was DOA before the payments were done. Bad financial decisions compounding one another.

A more difficult but better choice would have been to put money in the Thrift Savings plan, dress more plainly, and save money for her own place to live someday. Eventually, she would get married or her parents would pass on, and she would have to move out of their house. Rather than save for this inevitability, she just spent every penny.

And I see this with other friends, who try to "save money" by living in in bad neighborhoods. They use the savings to buy expensive consumer goods, like televisions and cars, and then buy alarms and put bars on the windows to keep their neighbors out. It is a false economy, paying less for housing so you can have depreciating assets.

But in terms of opportunities, there are more in the better neighborhoods - education for your children for starters, not to mention a better environment to raise them in. And not having people steal all your stuff all the time (both because you are not in a crime-ridden area and you have less stuff to steal) is a lot more relaxing and less hassle.

But again, this is a matter of personal choices, and you certainly can't force people to make choices in a free society.

But then again, you can't force me to feel sorry for people who make bad choices, either. Whether it is the 21-year-old heir who squanders a fortune, or the working stiff who squanders his paycheck, both have made poor choices. We can try to educate people, but that is all you can do.

And I have made poor choices in the past myself. Does anyone feel sorry for me because I gave in to peer pressure and felt I had to have a brand new car? Of course not. It was my own darn fault. We have to take responsibility for our own actions.

And that is the point of this blog. Rather than trying to blame our situation on someone else (as so many are trying to do in this day and age) we need to take responsibility for our own actions and make changes in our lifestyle than enhance our wealth, not squander it.

We do have an amazing amount of choices to make in our lives. Despite what some may tell you, that the system is "fixed" against you, or that you have no options, we do have choices. When you compare your options and choices to those in many other parts of the world, the distinction is startling - and one reason why many immigrants do so well here. They are dying (often literally) to have the choices you and I take for granted.

It's all about choices. You may be dealt many bad hands in life, but you still can choose how to play them.
Newer Post Older Post Home
View mobile version