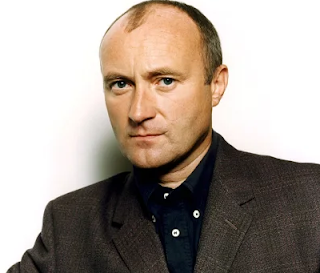 Some Rock and Movie Stars mostly claim to be liberal in their politics.   But when the tax bills of liberal politics come due, they are the first to high-tail it out to low-tax havens!


In a previous posting, I noted that people of all political stripes, ages, and persuasions are greedy.  People act in their own self-interest, that is just a given.   Get over it and move on.

For example, I have a friend who runs a politically-correct hippie theater.  They hardly make any money from admissions, as few people will pay more than a few dollars for a poorly performed hysterically political avant-garde show, held in some sort of converted barn or whatever.   So how do they keep going?   Well, as he put it, his wife is a genius in filling out grant forms, and the way they keep body and soul together is to get grant money from the government or from private foundations - usually the former.

So, not surprisingly, they think the government should spend more money on funding the arts (e.g., them), spend less money on defense, and tax the rich more.  Funny how that works to their favor, no?

But I wonder how they would feel if they won the lottery.   Well, I don't have to guess, as I pretty much know how that would work out.  And you can figure this out by watching what happens to movie stars and rock stars, when they start to make a lot of money.   When they are poor and trying making ends meet, they all parrot the same liberal line that most young people toe to - more money for government social programs and tax those rich fuckers,  please.

But once they get that big record contract and make their first million dollars, it all changes.   After all, they are the rich fucker now, right?   Are they going to hand over 70% of their income to the State so that their friends can all go on the dole?   I mean, that is what they believed in, only a few short years ago, right?

Of course not.  They are not idiots.  They will act in their own self-interest.   And often this means moving to some other country that is a tax haven with lower taxes.   They will even repudiate their own citizenship if it means paying less into the socialist system.   They show their true colors.

The UK has a long history of gouging rock stars for taxes.  Take the case of the Rolling Stones, who moved to France in order to escape an 83% tax rate.  The result was Exile on Mainstreet.

Bowie moved to Switzerland for much the same reason.  Members of Pink Floyd all left the UK for a year to avoid getting soaked.

Bad Company, Rod Stewart, even Cat Stevens bailed on the UK rather than give more than 80% of their income to the government.

More recently, U2 moved their business dealings out of Ireland to the much more tax-friendly confines of the Netherlands.

Yes, even the politically-correct Bono and U2 ditched their native land to avoid paying taxes to support their fellow citizens.   Pretty fucking ironic, no?  I mean, these are the same superstars who exhort us to "feed the world" and "let them know it's Christmas time again!" but at the same time play scrooge with their own money, because they want a new Bentley and that ain't gonna happen if they have to pay taxes like the little people do.

Apparently even being knighted by the Queen isn't enough to keep you from fleeing your native land.  "Sir" Sean Connery, who long has identified himself with Scotland, wasn't afraid to pull up and leave, to avoid paying tribute to his native land.  "Sir" Mick Jagger blazed this trail of course.  "Sir" Michael Caine followed suit.

So what's the point of this?   Only that "tax the rich fuckers" sounds like a good government policy until you are the rich person being taxed.  Not only that, it illustrates how easily rich people can avoid these kinds of taxes simply by moving away.   Having a house in a Bahamas is certainly not a burden, particularly when it "pays for itself" in tax savings.

It also illustrates how we are all hypocrites in this regard, particularly people who profess "liberal" views.

The sad part is, these multi-millionaires can afford the accountants and lawyers who can lower their tax bills.  They can also afford the villa in the South of France or the house on the beach in the Bahamas.

The middle class and the upper middle class - stuck with the tax bills after the very rich have fled - cannot afford these sort of dodges.