Can Refugees Fit In To Western Society? Maybe. 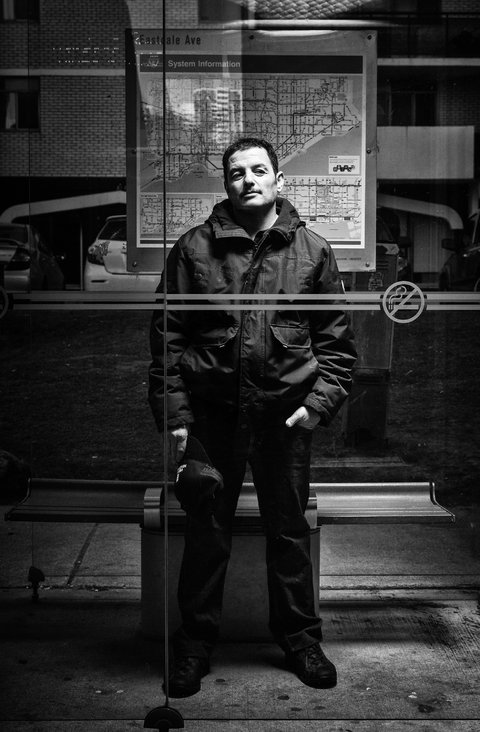 A startling article from the New York Times implies that some Syrian Refugees might not make it in the West.


The New York Times is hardly a conservative newspaper.  In fact, it is now the Left wing "newspaper of record" and there is nothing wrong with that.   Liberalism is not a dirty word.

But this means when the New York Times reports troubles with Syrian refugees fitting into Canadian society, we should sit up and take notice.   It is one thing for Fox News or Breitbart to say this - we can safely assume both are lying all of the time.  But the New York Times?   If anything, we would expect them to wallpaper over any difficulties with refugees fitting into our society.

But a recent article illustrates just that.   Many refugees with professional skills and talents and some English Language skills seem to fit in well to Canadian society.   It is harder for the less-educated and the poor.  The article follows one family who were poor farmers in Syria before they were displaced by the war.  The Father has a second-grade education and cannot even read or write his native Arabic, much less English.  The parents have never had a bank account and the mysteries of balancing a checking account and using the ATM are still not understood nearly a year later.

The Dad is sending money back to Syria to his own Father, who refuses to talk to him when Dad finally cuts off the funds.   In a fit of pique, he smashes the cell phone provided to him by the government and declares he wants to move back to Syria.

Meanwhile, sponsors of some of these families have had enough.   After spending a year supporting them financially, chauffeuring them around, having to help them with every aspect of their lives, they just want out of the deal - let the refugees get by on their own, and not bother them anymore.

It is a sentiment I understand fully.  Trying to "help" people can backfire on you in a big way, as some folks love to put themselves in peril and expect you to bail them out.  They become dependent on your largess and aid, and thus never learn to act on their own.

We had a cleaning lady from Mexico, who was here legally.   She seemed never to know whether it was snowing or blowing.   I was appalled when I found out she was using a check cashing store to cash the paycheck I gave her (we did withholding, social security tax, and set up health insurance and even a 401(k) for her - she appreciated none of it and would have preferred to be paid in cash).   I ended up "cashing" her paychecks for her and then paying her in cash.

But it didn't end there.   Every week, there was some sort of crises.   A letter would come from Ed McMahon telling her she had won the Publisher's House Sweepstakes and she thought it was a deportation notice.   She was as helpless as a kitten and expected everyone else to handle things for her.  And she refused to learn more than a few words of English.

We moved away, eventually, and she latched onto another one of her clients to help her with her everyday needs, from doing her taxes, to getting government assistance.   She wasn't a stupid person, she just found it easier to rely on other people.

And other people get tired, eventually, of doing this.  It is one thing to show someone how to handle something, it is another to do it again, and again, and again, with them refusing to learn as they prefer you just do it for them.   Altruism starts to wear thin at about this point.

The refugee thing is an interesting one.   Many are fleeing war and violence and strife.   Others just want a better life in a Western country, where going in welfare makes you far richer than working hard in their homeland.  And stories filter back how you can move to Germany and get a free apartment and spending money, just for showing up.   These stories may be exaggerated or even untrue, but they are no different that then "streets paved with gold" stories my ancestors told the folks back in County Cork, circa 1850.

The problem isn't ISIS or Al Queada, or war in Libya or Sudan that is causing this "refugee crises".  The problem is the world is becoming overpopulated and we are running out of resources in the worst parts of the world, such as the Middle-East or Africa.   So people flee from shitty areas and go to places that are less populated and more wealthy.   The window-dressing of religious conflict or conflict between political ideologies is just window-dressing of the real underlying problem - overpopulation.

And often the people overpopulating the most are the least educated and least skilled.   In Saudi Arabia, homeless kids are sent to school - to memorize the Koran which trains them for no other job other than suicide bomber or Jihadist.  A country that still imports petroleum engineers from the West!  But there are no jobs for their own citizens.

How do you fit someone whose world-view is shaped this way into a Western country?   Their children, no problem - they are young an impressionable and will gladly accept a better way of life.  I can only hope the "Dad" profiled in the article doesn't drag his family back to war-torn Syria just because he can't read the road signs and figure out an ATM.   That would be pretty sad.

Ms. Stark, believing that Mr. Hajj didn’t understand his accounts well enough to realize what had happened, went to the bank to try to figure out what had gone wrong. When that turned up no evidence of theft, she and the other sponsors wondered if there were other explanations for the unfamiliar pattern. Had Mr. Hajj sent the money to his father in Syria? Stashed it away in a drawer?

A few weeks later, Mr. Hajj asked the sponsors about going on welfare. He had heard about it from his classmates in English lessons. Some were enrolling, seeing it as a safer bet than insecure, low-wage jobs, they told him. One explained that he could work and still collect the government assistance, if he could persuade his boss to pay him under the table.

Oh, shit.   This is like what every Trump supporter has been saying.   "They come here to go on welfare and then wire money back to ISIS."   Maybe not literally true, but plausible.   Of course there are native-born Americans and Canadians who work under the table and collect welfare as well.  Everyone wants to scam the system!   Maybe this Syrian guy figuring this out is a sign he is ready for citizenship!   Welcome to the West!

Or maybe, if you "adopt" a redneck from Syria, you can't expect them to become middle-class citizens in America or Canada.  They will just be rednecks here.

Anyway, it is an interesting article, and considering the source, it is fascinating that it casts some doubts that all refugees will fit in to Western Society.