LGBTQ? Has it Gone Too Far? 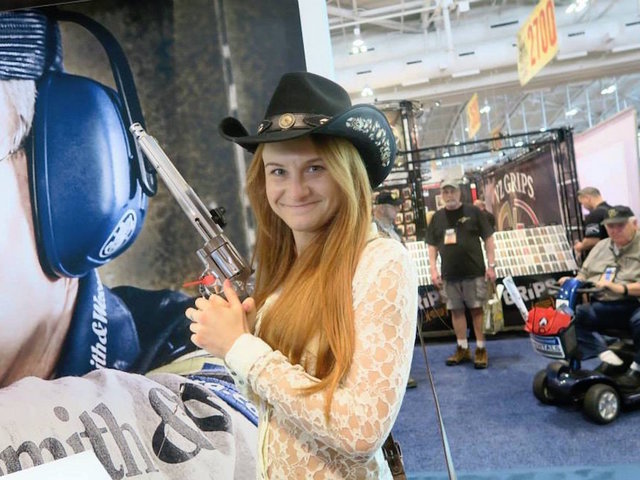 Has this transgender thing gone off the rails?


Recently, a teacher was fired from their job for refusing to use the "correct" pronoun when referring to a "transitioning" student in the third person.   It appears to be an inadvertent error - and certainly nothing worth getting dusted up about - but I think the teacher, egged on by the religious right, decided to make an issue of it, and said he would refuse to use the "correct" pronoun in the future,  due to his religious convictions, and was fired.   It quickly turned into a theater of the absurd.

“I can’t think of a worse way to treat a child than what was happening,” said West Point High Principal Jonathan Hochman

Oh, really?  I can think of a dozen.   In the news today, a stepmother sentenced to 28 years in prison for beating her stepson and locking in him a closet.  He was also malnourished.   But at least she referred to him by the proper pronoun!

When I was growing up, teachers could legally beat you, and did.  My gym teacher kept a wooden paddle and hit us on the behind - after making us bend over in front of the entire gym class (some sick sexual fantasy of his, no doubt).  Today, well, referring to someone by the wrong pronoun when talking about them to a third party is considered child abuse.   How did we get to this point?

When I was growing up, gays were in the closet, and yes, that was a scarring experience when you are very young.  The Stonewall riots occurred when I was about 13, although at the time, I don't recall reading about in the paper.  The drag queens at the Stonewall Inn wanted what everyone else on the planet wants - the right to be left alone.   Back then - and today - the issue was whether what someone does in private with other consenting adults was the business of the State or not.

And I think most people started to realize that the State had no compelling interest in bedroom monitoring.   That was the issue then - and now.   But somewhere along the way, it got complicated, very complicated.   And one thing that worries me is that we will see a push-back on these issues, and in fact, there already is, as self-appointed "activists" thing a good thing and take it too far.

Today, politicians pander to something called "LGBTQ" people, a moniker which keeps adding letters, as we divide people up into smaller and smaller sexual minorities.   From a personal perspective, I just wanted what those drag queens at Stonewall wanted - not the right to wear dresses in public, but just to be left the hell alone. Back then, the police set up "sting" operations or periodically arrested gays and then "outed" them in the newspaper.   The joke was, of course, the gay bars back then were all run by the Mafia, who paid off the police - but allowed periodic busts, particularly around election time, so the police could show they were "cleaning up the city."

My great-uncle was caught up in one of these.  He ended up killing himself when his name was published in the paper.  That sort of thing happened, circa 1948.   It was a different world back then. So you can see why I am merely content to be "left the hell alone" and not really interested in pushing my sexuality into other people's faces.

I was against the gay marriage thing - even though it did provide some limited benefits to me that are not available through contract - such as survivors social security benefits.  This is a pretty limited benefit, though, as my Social Security would be higher than any death benefit I would get from Mark's demise, and vice-versa.   I thought at the time - and do so today - that this would surely entrench both sides of this debate further and result in some push back.  The right to be "left the hell alone" was quickly morphing into the right to "make everyone accept me."

And the latter can backfire.  You can't force people to like you.  I learned that in Kindergarten, when the teacher told the mean boys that not only did they have to "play nice" with little fey Kevin, but that they had to be his friend as well.  Well, of course, as soon as the teacher turned her back, the kids beat up poor little Kevin.   You can't force them to be friends with him.   What you should do, however, is prevent them from physically harming and bullying him.  Trust me when I say that would be a big victory - even and especially today.

Sadly, it seems well-meaning adults are instigating policies that not only don't prevent bullying, but like with poor Kevin, only seem to insure it.  By forcing people to "play nice" and telling them they have to "accept" things, they are only pushing the hate and bullying underground, where it will fester and ferment - and eventually explode.

The rallying cry on the Left is that people are "born this way" and thus we have to accept everyone's sexual peccadilloes or gender orientations as something they are genetically predisposed to, like having blue eyes.  The problem with this argument, is that it is not based on real science - at least at this time.  It is all based on social science, which is little more than taking surveys (to prove a point you set out to prove) and a lot of naval gazing.   This is not to say such science is worthless, only that it is suspect.

And I suspect that a lot of what social scientists say is true, but it also negates free choice and free will.  You might be predisposed to be homosexual, but you may also choose - as many did in the past - to marry a woman and have children and live a heterosexual life.  As they say here in the South, "gays make the best husbands, honey!"

But if you are creeped out by someone's sexual orientation or whatever, I don't think you are a horrible rotten person, necessarily.  If you feel the need to express violence to such folks, well, that's where you and I depart.  But if someone's sex life makes you uncomfortable, relax, you are not a horrible person.  Being creeped out by sex isn't an anomaly or an illness.  Think about your parents having sex - creeps you out, right?  That's normal.

The transgender thing creeps me out a bit, particularly when I see men who clearly are trying too hard to look like women - and failing badly at it.  I kind of feel sorry for them, they so desperately want to be girls, and it just isn't working.  Others, well, you'd have no way of telling.   And I suppose if that is their thing, and all they want is the right to "be left the hell alone" then I support that.   But it seems like everything else, we take it a step too far.

When I was President of the Gay and Lesbian Student Association, we had a "hotline" phone we manned.  And back then, in the closeted era, you had to talk many people down off a ledge (often quite literally) as they started to confront their sexual tendencies and felt that they had no other choice other than to jump off a building.  Yes, things were pretty horrible back then, and this wasn't that long ago - back in the 1980's.

But occasionally, we'd get a call from a local high school student, going through hell as he started to grapple with his sexuality issues, and no doubt, like poor Kevin, was bullied in school and called a "faggot" and whatnot. This is where it gets tricky, because these are minor children calling, and suggesting to them they come "out" and be fabulous is probably the wrong idea, particularly back then.

Our advice back then - and I am not sure it isn't bad advice now - was to wait until they turned 18 or even 21 and were on their own, before deciding things like your sex life.  There is no need to hurry these things, and what seems like a pressing issue now, may turn out to be a transitory thing later on.  Probably not, but that was the advice we gave, and I think it was sound advice then and now.

Today, people are encouraging - yes encouraging - youngsters to declare their sexual orientation and even gender not only in high school, but in junior high or even elementary school.  Children as young as five years old are encouraged to declare their gender - apparently the "gender reveal party" no longer occurs before the birth of a child, but rather after.  The whole tradition may be obsolete!  Of course, it was a more recent tradition.

But getting back on track, I think there is something wrong with this, although it is hard to put my finger on it.  Yes, we all knew the boy - like Kevin - who was a sissy in the third grade, or even before.  And yes, there were boys (and "tomboys") who liked to cross-dress at that early age.  But whether it was a "phase they were going through" or a lifetime commitment is something that I think is too early to tell.   We should not be encouraging children to make such choices so early in life.

And yet, many parents are doing just that, when there no rush or hurry to make such a choice.  And when it comes to permanent life-choices, such as hormone therapy or surgery, this is some serious business.  I don't think you are being unreasonable or "phobic" to say we need to back away a bit from this and see where it is going, before we jump in with both feet.

And I am not sure that such expensive surgery or other techniques need to be paid for by health insurance, any more than cosmetic surgery should be paid for.   You see, I pay premiums too, and they are skyrocketing today because a lot more things are being covered than ever before - including mental health care, which is staggeringly expensive.  We have to get away from this "wouldn't it be nice if the government could...." mentality, as it is getting far too costly.  But I digress.

On the other hand, it is important to note that a lot of the "push back" regarding this transgender thing is coming from an organized group on the right.   I have a number of "fundamentalist" Christian friends - evangelicals, they call themselves - and most of them, while not happy with the idea of gay marriage and whatnot, do little more than pray for who they perceive as sinners.   But others want to stoke the fires of hatred and instigate incidents - such as this teacher firing.  And sadly, well-meaning but crazy liberal activists - such as the principal quoted above - often play right into their hands.

These well-meaning folks, who are often not LGBTQ people, are sometimes the ones who are taking this whole thing a little to far.  While claiming to speak for my interests, they instead push a radical agenda that I quite frankly don't want to be a part of - and I suspect a lot of other people don't want as well.

I just want the right to be left the hell alone, quite frankly.   And that is a right that doesn't impinge or infringe on the rights of others.   Why can't we just leave it at that?
Newer Post Older Post Home
View mobile version