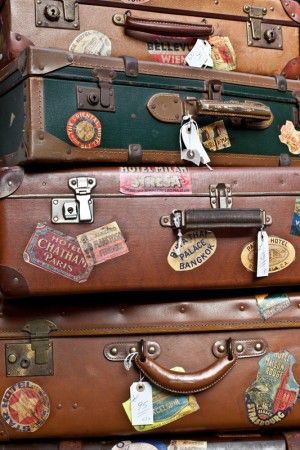 People, who need people..... are the most annoying people in the world!
Avoid dealing with people with a lot of excess emotional baggage.


The phone rings this morning at 5:00 AM, far too early for a lawyer to be getting up (we get up when the sun is warm, thank you). My partner's co-worker is having car trouble. The car has been towed and someone is sick. It is unclear, as he sounds a little incoherent on the phone. Or maybe it is because it is FIVE AM IN THE MORNING AND WE'RE STILL ASLEEP!

For some reason, he calls us, because he thinks he won't be able to make it to work at 10:00, which is five hours from now..... Five hours? I could walk to work in that amount of time.

So, my partner tells him, in no uncertain terms, never to call at such an ungodly hour again, and what's more, he ain't his boss, so why the fuck is he calling us anyway, and to get a life, for God's sake!

No, actually, that last part didn't happen. Because at 5:00 AM you can't think that clearly, having been rousted from bed. So you say "Oh, well, OK, whatever" and only wish later on you'd read him the riot act.

People can be trouble, that's plain and simple. Particularly people who want to foist off onto you, their emotional problems, financial problems, and other issues. Why do they do this? How does it affect you? And more importantly, how can you avoid it?

The first part is simple. Foisting your problems off onto other people is like "borrowing" money from someone else and never paying it back. You come out ahead, no matter what. So, if you can get your co-workers to "cover" for you all the time, or you can get someone to listen to your long-winded boring problems for an hour, you can transfer some of the stress in your life onto them. And then you get to live stress-free.

Suddenly, your problems and concerns are paramount to everyone else, and if you play it right, you can get them to scurry around trying to "help you." So pretty soon, you've assembled a small army of friends who will cater to your every whim, whether it is giving you a ride to work, helping you move after you're evicted, or just being a shoulder to cry on (on a daily basis). Their emotional, physical, and financial needs of others are just not important!

Now granted, friends should help out friends from time to time.  But in a lot of cases, how this ends up working out is that the emotional baggage people end up taking - and taking and taking - and not giving. Friendship cannot and should not be a quid pro quo, of course.  But neither should it be abusive, either.

How this affects you is also clear, particularly when you are lying in bed at 5:05 in the morning, can't get back to sleep and are more than a little grumpy.  And when such calls end up causing stress in your relationship, you have to wonder at the unfairness of it all.

I mean, think about it.  The caller faces no negative consequences from his acts.   Maybe he gets his shift covered at the widget factory, or a free ride to work.  But the person on the receiving end of such a call gets an argument with their spouse, a lost night's sleep, and extra hours to work.  It is a pretty one-sided deal.

Clingy and abusive people can be stressful to your primary relationship, and because of this, you need to sever ties with such folks early on.  Many a marriage has gone down in flames because one partner has a needy friend who insinuates themselves into the relationship and has needs at all hours of the day and night.  It can be the crazy girlfriend who calls your wife at 3:00 AM with a "crises" of imagined proportions, or the husband's drinking buddy who is always calling from the hoosegow looking for bail money.

In either case, the phone call results in an argument between spouses - if they are not careful and understand these schemes from the get-go.  The one defends their irrational friend's action to his spouse, while the other spouse in turn, feels that the relationship has become abusive.  It can literally drive a wedge between spouses.

And you have to choose which is more important in your life, your husband or wife, or your college drinking buddies or your psychotic unmarried girlfriends? (or, I should add, to your childhood family members, such as brothers, sisters, cousins, and parents)

For most people, the choice should be crystal clear.  Your primary relationship is now to your spouse, and you need to distance yourself from the old crowd once you are married.  Moreover, once you are married, your best friend is now your spouse.  If you find yourself hanging out more often with a buddy or friend, chances are, the marriage won't last long - or it won't be a happy one.

Fortunately, when you get older, you get wiser to the ways of abusive people.  And while we had a good discussion this morning about the 5:00 AM call, we didn't let it get between us.

And that is the best way to deal with such people.   If you feel you are being drawn into an emotional trap by a clingy person, walk away from the relationship.  No one deserves early morning or late-night phone calls, or to be burdened with someone else's problems all the time.

True friendship should be an easygoing and enjoyable experience, most of the time.   If all you are getting is pain and discomfort, then chances are, what you have is not a friendship, but just an abusive relationship. And as they say, it takes two to tango, so ask yourself why you are letting yourself be sucked into such deals.

And as I noted in my That's What Friends Are For posting, there are some folks so obsessed with the need to have "Friends" that they will endure abusive relationships just to fill some inner need to be accepted.