Should you Retire Overseas? 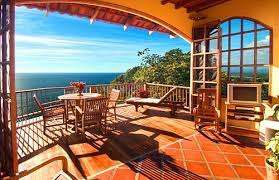 Many Americans are finding that their meager retirement savings and Social Security will go a lot further in countries like Panama or Costa Rica.
Retirement can be a difficult thing for many Americans. And this is a shame, too, as retirement should be the enjoyable part of life, after a long career of hard work. But many folks either did not save enough for retirement, or encountered setbacks on the road to retirement, or were forced to retire early. For them, retirement can be a nightmare of poverty and struggling to pay bills, find a place to live, and obtain medical care.
Many are finding that retiring to another country is one solution to this problem. The cost of living in many countries is far below that in the USA, and an income that is "living below the poverty line" here in the USA is considered well-off in most other places.
There are even websites, such as Retire to Costa Rica on Social Security, that can help you make this decision.
Should you do this? It depends. You have to be comfortable with living in a foreign country, where everyone speaks another language, and moreover you are viewed as a foreigner. Many people simply can't handle this. A friend of mine lived in Bermuda for a while, for business, and while he and his wife enjoyed it immensely, he reported that many of his co-workers got "homesick" after a few years. They were tired of being outsiders, no matter how nice the weather was.
And speaking of sick, while many of these overseas retirement destinations have free medical care, many also do not have the extensive high technology medical care we have in the US. Perhaps this is a good thing - you are going to die anyway, you might as well do it the old-fashioned way, as opposed to lying in a hospital bed, hooked up to machines, while they bill Medicare.
Also, conditions overseas require some cultural adjustment. Don't expect to find a local supermarket, fast-food chain, big-box stores, and all the "conveniences" of modern life in America. For some of us, this is a blessing. But for others, well, if you have to have TGI Fridays' potato skins, you may be out of luck.
Roads in some of these countries are challenging. In Costa Rica, driving 30 mph is considered break-neck speed, and bridges are often full of holes that would swallow a car.
Crime is another consideration. While many areas are quite safe, the larger cities can be dangerous places. And some entire countries can be too dangerous to live in, as you would be an attractive target for crime. In most Latin America countries, there is a huge divide between the very wealthy and the very poor, and this can be hard to adapt to. Many even moderately wealthy people live in walled compounds with barbed wire.
Like any other decision, you should not rush into anything too quickly. Visit the place first, check it out, and talk to others who have lived there for a few years. Better yet, talk to someone who moved back and ask them why it didn't work out. If their value system is similar to yours, chances are, you may struggle living there as well.
For other folks, the idea of living in a tropical paradise and being outside the norm of mainstream USA culture is ideal. Getting away from the "miracle mile" of car dealers, big-box stores, fast-food places, and all the come-ons and cons of modern living is seen as an advantage, not a hindrance. I would count myself in this category. Buying my food at a local tienda or dining on local cuisine at a family-run restaurant under a palapa is far better than shopping at Wal-Mart or eating at McDonald's. But others might think of such stores as unsanitary (by American perceptions, but American stores just look cleaner, and not necessarily are) and many folks are not adventurous enough to try the local ethnic cuisine ("too spicy!" they say, before they even try it!).
The other thing to bear in mind is that many of these places have already been "discovered" by Americans, and the choice real estate is being snapped up. The image of lying on the beach in sunny Costa Rica may be enticing, but the reality is, most of that land is spoken for, as it was bought up by Gringos for use as vacation homes over a decade ago. This is not to say bargains don't still exist, but that they are more likely to be off the beach or inland.
Offshore retirement, like medical tourism, is sure to increase over time, as the cost of living in the USA continues to increase and more and more people retire on less than they thought they would have. For many foreign countries, this influx of retirees can be a good source of income, as they would provide demand for jobs and services which in turn would help out the local economies. The influx of money from America, in terms of retirement savings and Social Security spending could end up being a major source of income for some of these countries.
But like anything else, retirement overseas has its disadvantages, too. I would strongly suggest "checking it out" thoroughly before diving in. While some people thrive in environments like this, others may founder. It all depends on not only your circumstances in life, but your sense of adventure and your tolerance for new things and new ideas.
Newer Post Older Post Home
View mobile version