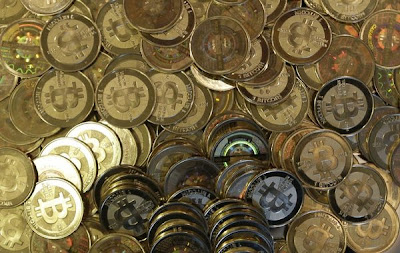 
So it is no surprise to me that Bitcoin shot way up in value and then  tanked.   A few people made a lot of money on this, and the folks who bought at the peak, well, they got hammered.  Investing in Bitcoins is just like investing in Gold - you are investing in the idea of something being worth something, not on the inherent ability of the something to generate income.  You have to hope that other people's ideas of what that something is worth keeps going up.   But gold, at least, has some industrial uses and uses as jewelry.  Bitcoins, well, they basically exist only in your mind.
Newer Post Older Post Home
View mobile version