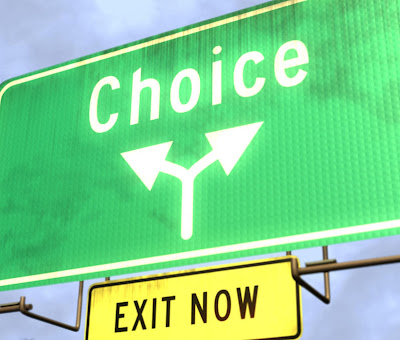 Which affects your life more, choices or circumstances?

In an online discussion, a young man posits that circumstances are more relevant than choices, and that blaming people for making poor choices is to "blame the victim."

Where did this come up?  In a discussion about Thorium energy.  You see, there are some folks who think that the government is "suppressing" new energy technologies, like perpetual motion, or thorium nuclear energy.   These sort of folks sit in their parent's basement, smoke pot and trade stories.  "Yea, bro, if we only had thorium energy, we could live like kings!"

Yea, that is why their circumstances are so shitty.  Because the government is suppressing Thorium energy.

Is thorium the answer to our energy problems?   Well, if it was, or is, or will be, you would see some entrepreneur go out and develop it.   Why? Because if there is money to be made in something like this, someone would be making it.  The Elon Musks of the world don't leave money laying on the table.

I suspect, however, that there is no "there" there, or we would have seen it by now.   But even assuming some corporation develops a thorium energy power plant 10 years from now, why is obsessing over YouTube videos about it, really important?   Why are conspiracy theories important in your life at all?

These are life choices you make.  You can obsess about conspiracy theories, or religion for that matter - and then neglect your own personal life.   And the results will be predictable.  You will end up in the shitter.

And that is what I thought was really ironic.   This youngster wasn't arguing that circumstances like being born into poverty or racial discrimination were to blame for his personal woes.  No, it was the fact the government and "big oil" are suppressing radical new technologies!

Come again?  You are really serious about this?

But, that is the allure of these distractions from daily living - to provide an outlet.  To provide an excuse as to why you can't get things done.  Why bother trying to apply for some "job" when "the man" has all the bases covered - suppressing the aliens and thorium energy and all.   Just wait for the revolution - we have a basement full of ammo!

Really?  People think this way?   Sadly, in America, they do.   Richest fucking country in the world, and they can't make a go of it.  Pretty fucking sad, if you ask me.

But getting away from thorium and conspiracy theories, it does raise the valid point - which affects your life more, circumstances or your choices?   It is a valid question and at first it seems that either (a) there is no clear answer, or (b) circumstances win, as they can overwhelm choices anytime.

You are stuck on the Titanic and it is sinking.   Circumstances trump choices, right?   Perhaps.  Myself, I would try to make a raft out of a stack of deck chairs roped together and get away as soon as possible.  Or try to get one of those folding lifeboats to work.   Sadly, a lot of people sat around doing nothing, convinced that (a) the ship wasn't sinking, or (b) nothing could be done to change their fate.

The reality is, that even though there were not enough lifeboats on the ship, many were only partially full if nearly empty.  Most of the folding lifeboats were not assembled as "no one could figure out how to assemble them" - where are the Engineers when you need them?   A lot of people died not because of circumstances but because of poor choices.

The people locked in steerage?   Maybe they had a lot fewer choices.  The folks in first and second class had far more - but many refused to exercise them.  Many refused to even get into empty lifeboats.  People do weird shit like that.

But however bad circumstances are, the choices you make - how you react to circumstances - often determine your fate, rather than fate itself.   Growing up in South Philly is a bad circumstance.   Your friends are all doing drugs, dropping out of High School and getting pregnant.   Seems like a preordained destiny, right?   Maybe.  But I have a friend who faced those circumstances and chose to join the Navy and get the hell out of there.   She is now comfortably middle class.   One choice, too, was all that it took, in that situation.

Now granted, this is not to say that everyone has choices or that these choices are easy.   If a house falls on you, you have no choice.   And climbing out of poverty is not an easy choice to make - but a series of very difficult choices one must continually make over time.   Things don't happen over night.  It ain't like flicking a light switch.   But choices can make a huge difference in outcome, even when it seems destiny is against you.

It's hard to blame someone for falling into this trap - it is so well baited and well-concealed.  Youngsters are programmed from birth, by the television, and today by the Internet and the smart phone.  Be a passive consumer.  Your choices in life are limited to what you select from a menu or what channel to watch.  Be a consumer, not a producer.    Do not create, do not make, merely consume!

The characters on the television sit-coms are reactive, not active.   Think of Cheers, where everyone knows you name.   Does anyone on that show actually do anything other than sit around and drink beer and react to what happens to them?   No one makes choices in life, except perhaps for Frazier, to leave Boston for good (and that turned out to be a good choice, eh?).   This sort of programming reinforces the notion to the plebes that you are a victim in life - of circumstance.   When bad things happen to you, they are not a result of your poor choices, but just like the weather.

And a lot of folks believe that.   That money comes and goes in their life like the weather.  One day it rains money, the next, a drought.   For most of these people, it is drought, all the time.

People feel overwhelmed by circumstance and thus feel they have no choices.  Kids on the Internet whine about Copyright law.  "We can't copy all our favorite music or get anything for free!" they complain.   Well, why not create your own content?   The look mystified.  Create?  How?

It isn't easy.  You have to strum a few cords, throw a few words together.   Pretty soon, you have an album, or a few thousand blog postings, or the makings of a novel or a poem or a painting or whatever.   Your choices are not limited to what channel to watch or what "graphic novel" to read or what video game to play.   But you'd be surprised - many folks don't see it that way.   They have a right to consume and those evil producers of content are being no fun at all by insisting they pay!

And that is the point, right goddam there - as long as you are going to be a victim or a passive consumer you will have to pay, pay, pay, and PAY!  Because you have nothing of worth to barter, except your money.   You have no content to contribute, and nothing really to say - at all.

But, again, that is a choice.   It is a choice to be passive, to be a victim, to be a mere consumer of other people's products.   There is another way.

There is a way of freedom.  Freedom from want, freedom from debt, freedom from work.   It requires different choices - choices that most consumers don't want to make.  The choice not to consume but instead to save.   To create wealth by accumulating money instead of dissipating it.

But most choose not to take this option - and would deny that it is even a viable choice - and tell you so in a Tweet "sent from my SmartPhone(tm)" - irony is lost on them.

You have a lot of choices in life - and they will have a more profound effect on how your life plays out than mere circumstances.   The "secret" is to be able to spot these choices and realize you are making them - and that destiny does not require you to pay too much for a smart phone or cable TV.   You can make different choices in life and own money rather than mere things.   You can own yourself, or let other people own you.