What the Hell Happened to the Law Business? 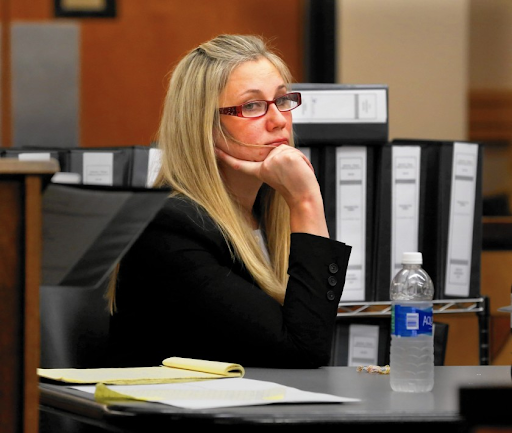 This lady sued her law school for fraud, claiming that they promised her a cushy job that never materialized.   She lost the suit - after hiring another lawyer to represent her.   I hope they were working on contingency!


In the 1980's and 1990's it seemed that getting a law degree was the ticket to the big time - a way of stepping up from the middle class to the upper classes - perhaps even striking it rich.   And this has been a narrative in our country for some time, although it is a flawed narrative.

Abraham Lincoln became a lawyer, and while his law career went better than his career as a retail merchant, Lincoln never became more than comfortably middle-class from his practice.  Even back then, few lawyers became rich.

My Grandfather went to law school after his Father committed suicide.  The family was nearly broke, although his Mother - a formidable woman, apparently - managed to keep the family together by buying and selling second mortgages.   He became fairly upper-middle-class, moving to Larchmont, New York and becoming Mayor of that village. While he drove Cadillacs, his house was fairly pedestrian by Westchester County standards.  He was well-off, but hardly "rich".

Even during the go-go years of the 1980's and 1990's, most lawyers ended up with a good job, not a fortune of money.   Becoming a Lawyer was a way of hanging onto a middle-class lifestyle not a means of moving up a notch in the social ladder.  While I made "a good living" in the Patent Law field, I ended up making more money in Real Estate.  However, having a law degree and the requisite credit rating (and income) was what made my Real Estate investments possible.

Today the law business seems to be in shambles.  While there are still big mega-firms out there billing hundreds of dollars an hour, the norm for most lawyers, particularly recent grads, has been to scramble to make a living.  The "lost generation" of 2000's grads may never make much money in the field, as they entered the market when the business was in the toilet (in 2008) and they are past their "sell-by" date today.

Yes, Lawyers are like fresh fruit - they are only good while ripe.  Look in the classified ads in any law journal or online.  Everyone wants a young associate with "2-5 years experience" in the field.  Someone whose brain is bright and fresh and is up on the latest case law.  Young and smart, but dumb enough to work long hours for fairly low pay - on the implied promise they might make partner some day.

No one wants a 10-year associate.  And certainly no one wants someone like me, with nearly 30 years in the field.  So the poor sods who graduated in 2008 will find it hard to get work - ever.  The jobs becoming available today will be taken by graduates from 2014 onward.

(Even in our courts, this is true.  Much fuss has been made about replacing Antonin Scalia, but the reality is, all of his opinions were drafted by an army of law clerks - young graduates who go to work for the Supreme Court and create new law for all of us.  The old white-hairs on the bench are merely their supervisors.  It is kind of scandalous, if you think about it - the highest court in the land staffed largely by the youngest and least-experienced lawyers.)

Now, of course, this could all turn around perhaps, as law school enrollments decline.  But that could take years, and if you are like the young lady shown above - still struggling to pay off law school debt and not finding "real work" in the field, a future lawyer shortage will be too little, too late to solve her personal problems.

So what caused the meltdown in the law business?   In part, it is a number of obvious things, but also in part, some things that are subtle social and legal trends.   And I think some of these trends may be non-reversible.

So what does this mean for the practice of law?   Well, it could be a sign we are heading toward a less litigious society - or that the law and litigation, like so many other fields, has been quantified and normalized as part of the cost of doing business and that individual cases become routine transactions and not some grandiose show-trials.  As such, the idea of the "white shoe law firm" becomes less and less of a reality.  No one can afford to pay the outrageous rates of such firms - and indeed, the company that hires the expensive law firm ends up losing, as they hemorrhage cash at a faster rate.

But I think as a long-term trend, pay in the law field will remain stagnant.   We are heading toward a "McLaw" type of environment, where legal documents and legal briefs are served up with a side order of fries.

Something to think about before you borrow a hundred grand to go to law school!
Newer Post Older Post Home
View mobile version