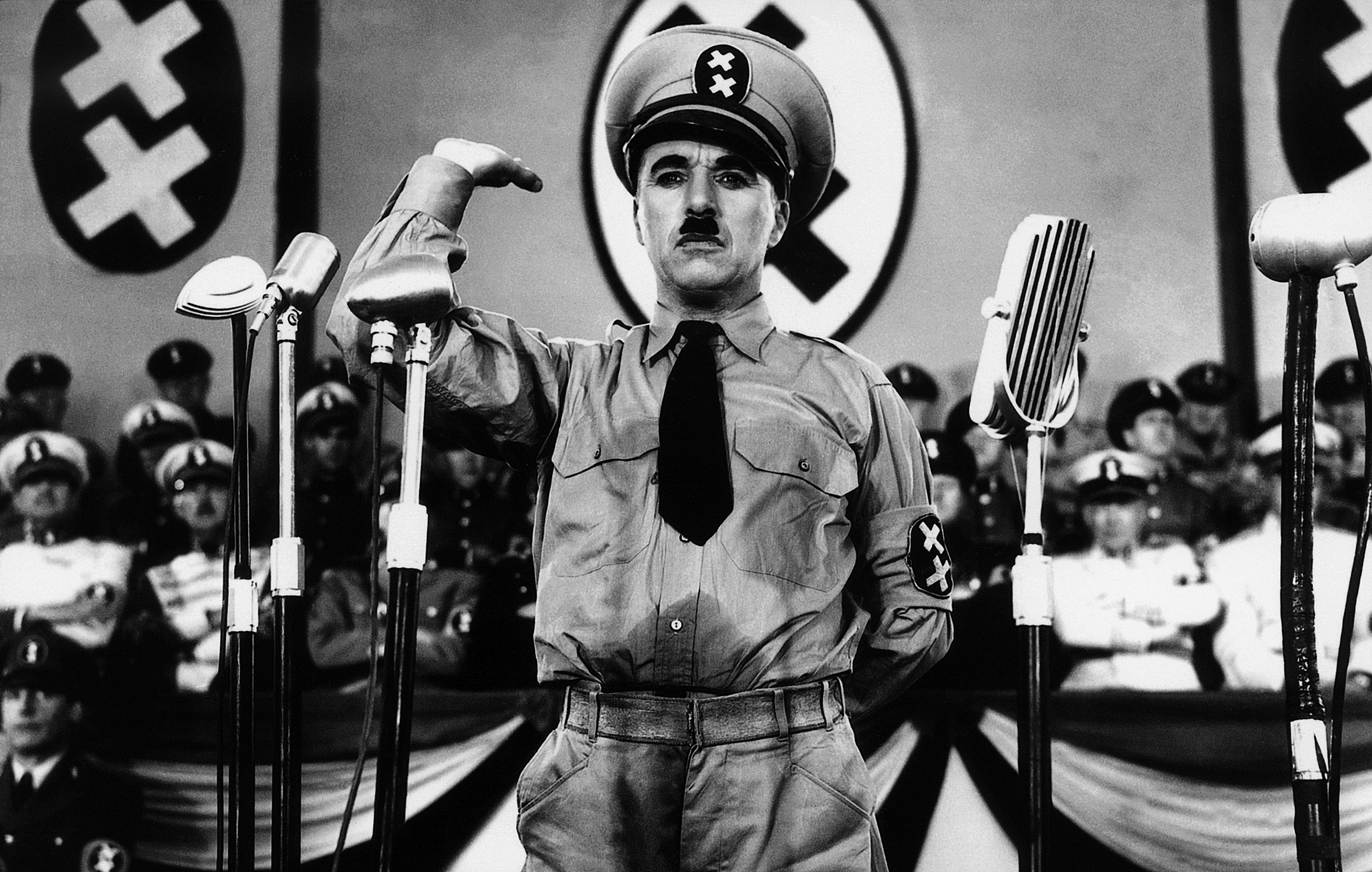 Has the rise of fascism in the 21st century followed an historical pattern?  Perhaps.


After the stock market crash of 1929, a lot of interesting shit happened.   People wanted change and they voted for it - electing Franklin Delano Roosevelt as President.   Folks on the Right were appalled by Roosevelt, and thought his "new deal" was some new form of Communism.

But folks on the Left thought that Roosevelt didn't nearly go far enough.  They wanted to overthrow Capitalism entirely - and many young people were drawn to the Communist party or parties sympathetic to Communism.   They looked to Russia as an example of how things should be run.   Later on, in the 1950's during the "Red Scare" many of these same folks regretted flirting with Communism in their youth.

It was a heady time for liberalism.   People were promoting far-left ideas in many parts of the world.  In Wiemar Germany, liberalism reached a new pinnacle.   People were living openly as gay and forming clubs and organizations to promote alternative lifestyles.   For a brief heady period (as described in the movie Cabaret) Germany was a bastion of liberalism.

But at the same time that wild liberal solutions to the world's problems were being bandied about, others were proposing wilder solutions of another kind.    In response to the perceived "failure" of existing governments, many proposed that we hand over power to one strong-man who would "get things done" and make the trains run on time.

The appeal of Communism and Fascism, it turned out, was the same appeal.   Mussolini, Hitler, Tojo, and Stalin had one thing in common - they didn't have to answer to anyone for their actions, and they were more than willing to use brutality and violence to achieve their end goals.

Even as world economies improved (or perhaps because they improved) liberalism started to fade and fade fast, and fascism quickly took its place.   And we know how that worked out - minorities and dissidents were snuffed out or marginalized, and the bloodiest war in history was fought.

Today, we see the same pattern.   A worldwide economic collapse followed by the popularity of both extreme liberalism (socialism and communism) as well as far-right neo-fascism.   And this is happening in a number of places around the world, all at the same time.

Here in America, we are polarized by the "lite" versions of this trend.   We have Bernie on the far-left promoting a socialist agenda, while Trump on the far-right promises to rule by imperial decree.   This is bad enough, but what is going on overseas is truly frightening.

The President of Turkey, Erdoğan, has been jailing journalists and anyone who dares to speak out against him -  a pattern we are seeing in other countries in the region, such as Egypt.   Freedom of the press is the first victim of the assault by the far-right.

In Russia, people embrace Billionaire Vladmir Putin, who is now firmly in power, perhaps for life.   A new nationalist fever is sweeping the country, and dissidents and anyone who doesn't fit in to his new world order is beaten or even killed.

Nearby, in Poland, a new right-wing government has basically neutralized the judiciary, and like Putin, seems prepared to rule indefinitely.  And even though the Ukraine is fighting against Russia, they are largely fighting to support their own dictatorial and corrupt government.

As you go around the world, you see the same pattern repeated again and again.   Sharia law being proposed in country after country.   President Maduro in Venezuela calling out the military to suppress dissent and threatening to dissolve Parliament (who wants him removed from power).   A new President in the Philippines who threatens to shoot journalists who disagree with him - and has already done so as Mayor.

Why would the Philippine people elect such a thug?   He promises law and order in a lawless land.   With Islamic terrorists in parts of the country kidnapping, and just ordinary crime in the big cities, people are fed up with normal tactics and "human rights".   A man who promises to use vigilante death squads to keep the peace seems like an easy solution to difficult problems.

Of course, easy solutions are rarely the right ones.   Death squads sound fine and all, until they knock on your door one night.  Once they get done with dissidents, journalists, and "criminals" they won't stop.   And absolute power means they can take whatever they want - and kill those who object.  You own a store?  You'd better pay off the death squad, or find your body bleeding in the street.

People are just not thinking this through.

The pattern of these developments is eerily reminiscent of earlier times.   And the pattern is almost an exact match.   First we have economic chaos - recession, depression, and people in dire straits - or perceiving themselves to be so.   Second, folks start to embrace far-out political theories - convinced that present governments are "broken" and unable to address crime, economic problems, or whatnot.   Third, we have the movement that is most prone to using force or violence coming out on top.

Look at the refugee problem in Europe and see how the pattern works.  The refugees from various middle-eastern and African countries are leaving impoverished and war-torn countries for a better life.  They are not staying and fighting for their homelands but instead fleeing, leaving the strong, powerful, and ruthless to dominate in their former homes.

Meanwhile, the influx of refugees in Europe leads to the rise of nationalistic and neo-fascist parties there, bootstrapping the move rightward.   The Left, of course, is powerless to fight back, as they believe in political and non-violent solutions to these problems.  The Right burns down a refugee camp.

The only "Leftists" who survive are those like Maduro who are more fascist than Leftist, as they are willing to use brute force and rule by dictate in order to stay in power.   It becomes a perfect fascist world-wide circle-jerk.

It is hard to say where this will all lead, other than to more and more misery.   Here in the United States, we might be subject to only the "Lite" version of this nonsense, provided people still respect the rule of law.   Given the fantastic amount of gun and ammunition sales in recent years, as well as the increasingly violent rhetoric of the far-right, it is possible that we might see things unwind here, and in a real hurry.    So far, the far-right hasn't had a dynamic leader to form a coalition of the gun nuts, sovereign citizens, end-times theologians, and tea-party nut-bags.    I think many were hoping Trump would be that leader, but I am not sure he is entirely that crazy.   But I've been wrong about Trump before.

Whatever the outcome, I can only assume it will get worse before it will get better.   People toss away a good thing in favor of some promise of wealth and prosperity.   It is only when the promises are broken that folks realize that what we had was a pretty good thing, and then they pine to go back to that.

What is scary to me is that we have become accustomed to the violence, intimidation, and bullying tactics that are going on, worldwide.   The new President of the Philippines promises to kill journalists using language startlingly similar to Trump:

Duterte raised the case of Jun Pala, a journalist and politician who was murdered in Davao in 2003. Gunmen on a motorcycle shot dead Pala, who was a vocal critic of Duterte. His murder has never been solved. “If you are an upright journalist, nothing will happen to you,” said Duterte, who has ruled Davao as mayor for most of the past two decades and is accused of links to vigilante death squads.

“The example here is Pala. I do not want to diminish his memory but he was a rotten son of a bitch. He deserved it.”

That last quote sounds exactly like something Trump would say - in his typical double-talk.  I do not want to diminish his memory but he was a rotten son of a bitch.  This about a man you had murdered.

When a female journalist asked a question, he wolf-whistled at her

What is odd is that no one really seems to care.  Tony Soprano has been elected President of the Philippines and promises a reign of terror and no one seems to care, just as they don't care about what is going on in Turkey, Egypt, Iran, or anywhere else for that matter.

Perhaps we are just too overwhelmed by bad news these days.  We want to hang on to what we have and the rest of the world can go sit on a tack.

Which falls into the same pattern we had in the 1930's - a return to isolationism, and a lack of alarm over alarming incidents happening all over the world.

Just the sound of history repeating....