Retirement in the Animal Kingdom 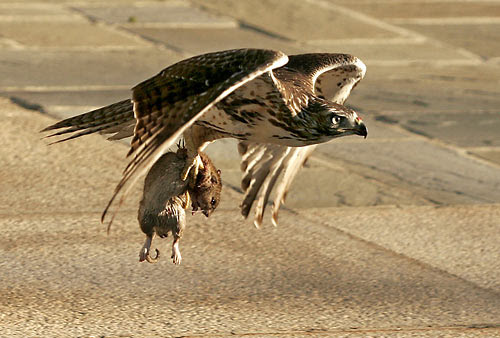 Your retirement plan in the animal kingdom often involves being eaten alive.


We have been camping out in the wilderness, which many folks think is a relaxing and peaceful environment.   Nothing could be further from the truth, of course.   The wilderness is full of murder, mayhem, violence, and death.

Every creature in the wild depends on some other living creature in order to survive.  Your life is marked by birth and death, and death comes when you become too old to evade predators and end up being someone else's lunch.

A deer or gazelle can keep running away from predators for only so long before they become old and tired and lame and slow.   At that point, they are singled out as prey by the wolves or hyenas or whatever, and then are ruthlessly hunted down and mauled to death, often having their guts eaten while still breathing.   Your former friends and even family members run away, glad that it is not them who are on the menu today.

Humans, it seems, are alone in the animal kingdom in having a sense of decorum about death.   We started burying our dead to prevent animals and predators from eating our loved ones.   We supported our elders in their later years when they were too old to hunt or farm.   Few other animals, if any, do this.

It is funny to some extent how we decry violence in the human world and decry our tendency towards war, terrorism, murder and mayhem.   Yet if we look to the animal kingdom, we see that this is the norm, not the exception.   Our instinct towards niceness and kindness is not some natural phenomenon, other that it is perhaps a survival instinct that has allowed our species to advance and survive.   Our other baser instincts, however, still remain intact.

In Australia recently, a photo was circulated of a pair of kangaroos.  The mother kangaroo had been hit by a "lorry" and was lying dead on the side of the road.   The father kangaroo was holding vigil over her body, or at least that was what some people thought at first.   We anthropomorphize human behavior to animals, assuming that they feel and think as we do.

But a naturalist pointed out that kangaroos do not mate for life, but like deer fight for the right to mate with as many females as possible.  They are also opportunistic mating partners, who try to mate with whatever female is available.   The males do not take part in raising the young, but rather mate and flee.  The "father" kangaroo in the photo wasn't trying to console his fallen mate, but rather was trying to mate with her dead corpse.

So what is the point of this?   I don't know, other than it struck me that we are very lucky or smart not to be eaten to death, at least in some instances.   In some third world countries today, if you get old and have no children to support you, you may literally starve to death.  This was particularly true for widows in rural India, who were tossed out onto the street once their husband died.

The modern concept of retirement is a relatively recent one and a Western one.   Retirement as we know it didn't exist, largely, until after World War II when people actually lived long enough to retire and also had the Social Security, Medicare, and the pension plans necessary to fund such a luxury.  In the history of mankind, or indeed, the history of life on Earth, the concept of retirement and leisure is one that has existed for only a blip in time, the last 50 years at most.

And this gets to the point that our society and our intelligence have achieved something that hasn't existed until recent times - the concept of leisure, peace, contemplation, and relaxation.   I guess you could call this "civilization" and it is indeed the highest achievement of mankind.   Maybe a bunch of old people playing golf in The Villages doesn't seem as great an accomplishment as the moon landing, but if you think about it, it is a startling development compared to our historical past.

And the question going forward is, do we want to retain this standard of living or revert back to a more primitive past?   It would seem there are forces in the world who thirst for blood and violence and wish to return to an earlier era.   It is still possible we could be carried off by hawks.