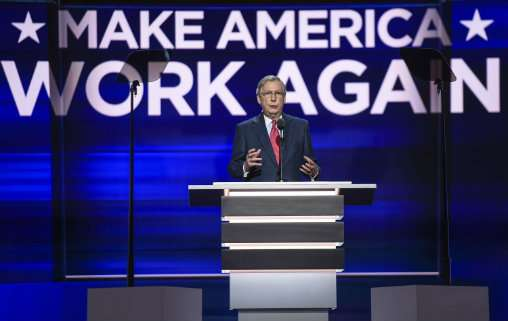 Is 99% of our economy just make-work?


I got to thinking the other day, which is always dangerous.   Economics has always been considered a "dark art" and not long ago many thought that the foundation of any economy was in farming and food production.   In a way it makes sense if you think about it.   Meeting our basic needs of food, clothing and shelter are really all that is essential to staying alive.   And quite frankly, we probably could shiver naked in the rain so long as we were well-fed.

But of course, very early in our human history (and animal history before that, if there is such a thing) - or more precisely, pre-history - some clever caveman figured out that farming and hunting was fine and all, but it would be a lot simpler to simply kill your neighbor and then take all the things he has worked so hard to acquire.

So self-defense (and the need to form tribes, villages, governments, and armies) quickly became a "necessity" of life.   So I suppose that you could say that food, clothing, and shelter - along with defense - are the core of any economy as these activities help preserve human life and civilization.

But what about all the other stuff?   Sure we need trucks and tractors and ships and whatnot to transport our food and so forth.  Communications equipment is needed to manage it all.   But how do things like movies and television - or twitter or casinos fit in?    Are these things that are little more than make-work in our economy?

In response to a previous posting about casinos and lottery tickets I received an e-mail from an economist who posited that there is "entertainment value" in lottery tickets as the purchaser finds some amusement in them worth a dollar.   And I suppose this is so, although the amusement level is worth about what you pay for it.  In other words, even gambling has a "value" in an economy as entertainment, even if it really doesn't create anything of real value.

We once again visited a Casino where a friend of a friend is a "high roller" and having to use up his "points" he invited us to a free buffet supper.  I could write for days about it.  For all the flashing lights and glitz and glamour, though, it was an unglamourous place - most of the patrons were decidedly middle and lower-middle-class people who were living on borrowed money and could ill-afford to gamble.   When I saw a 500+ pound man at the buffet (in a three-wheeled scooter) I lost my appetite.  It is really kind of a depressing place.

And by the way, these casinos have computerized the entire "comp" thing.  You use a credit card or special card for all your gambling and then acquire frequent gambler (gamer) points just like the airlines.  And just like the airlines, it is a game you literally can't win.   My friend even admits that he loses a lot of money at the casino, but today he goes less and less and he now realizes he really can't afford to just piss money away.

But again, one could argue there is an 'entertainment' value in all of this, but again, is this really accomplishing anything or just frittering away money for no apparent purpose?   A company that makes televisions takes parts and labor and manufactures a product worth more than the sum of its components.  It creates wealth through manufacturing - even if the end result (a television) really isn't very useful for food, clothing, shelter, or defense.   A casino, like twitter, just pisses money away on nothing whatsoever.

But this got me thinking (dangerous again) that maybe a lot of our human endeavors are merely make-work designed to keep us busy.  Or put more succinctly, once we have more and more free time, humans find more ways to fritter away their hours on pursuits which have little or no real value to the economy.

Much of this falls into the categories or "entertainment" or "hobbies" or whatever.   Enormous sums are spent on cars that serve no real purpose, motorcycles which are useful only for "recreational" driving, and boats that never are used to catch a fish, except perhaps as a hobby.   Are we just all running around keeping busy?

Despite the good financial news, some folks are still harping on "income inequality" - failing to realize our incomes in the US are the envy of most of the rest of the world.   It is "unfair" that a Billionaire is buying a new mega-yacht while the rest of us have to ride around in rowboats.   And after visiting a number of boatyards in New England lately, I've seen more than a few of these yachts which are beautiful but are far beyond my means (realistically).

On the other hand, each hand-made Hinckley represents a lot of jobs for the people who build and sell them, as well as jobs for those who maintain and repair them, not to mention those who run marinas and storage facilities, as well as shippers and boat-movers.   And let's not forget the crews who are often hired to run such boats or move them from one vacation resort to another.  You could make the argument that the rich person ordering this boat is using wealth to create jobs (here in the US), even if the end result is not really of much use to the economy.

And before you get all up-in-arms about how "unfair" it is that these rich people get to drive around in yachts, bear in mind that the guy who washes the boat spends more time on it than the owner, in most cases.   If you want to ride around in a yacht all day long, become a crew member or work in a marina.

So the income inequality argument doesn't come down to people starving while others eat caviar (at least in this country) but whether some have a Sears Jon-boat while others have a Grand Banks.   It is the argument about "the other guy has nicer shit than I do."

If incomes were more equal, well, maybe we'd all have 16-foot runabouts and the rich guy would have to settle for a Sea Ray.  Either way, people are put to work making things out of fiberglass that serve no real useful function in our society.

I am not sure what the point of all this is, other than it seems that we tend to find things to do with our lives and things to make and sell and buy, once we are beyond the subsistence living level.   And this is a good thing, as in countries where getting an adequate caloric intake every day is a challenge are usually shitty places to live.   We like having our entertainments, our movies and sports and twitters and whatnot, even if they serve no other function than to amuse.  And oddly enough (or not so oddly) these often are the most expensive things in our economy.   You can go broke as a farmer - providing the bedrock foundation of any civilization.   But as a sports star or Hollywood actor, you can make millions of dollars.  And in terms of export, it seems that our entertainment products are eclipsing food, even though the world has more of an appetite for the latter.

I guess it gets down to who decides what make-work most of us do.   Do we have a centralized government telling people what to make and how to make it, as they did in Communist countries?   Workers there coined the phrase, "They pretend to pay us, and we pretend to work."  Or do we let our more anarchistic system determine what make-work jobs most of us will end up doing, based on the relative popularity of  various entertainments?

I guess that gets down to the real question.

P.S. - the problem with casinos is like any other commodity - supply and demand.   Trump went bankrupt in Atlantic City when his casinos (highly leveraged) were eclipsed by newer casinos located more closely to New York and Philadelphia.    Today, more and more casinos are being built, including some in the Catskills (which is bad news for Mohegan and Foxwood) and up to six or seven in Maryland.   Even my small "home town" in Central New York has a sad little casino in an old shopping mall.   Eventually, the market for gambling - like anything else - will be saturated and many will go out of business, after being hyped and often subsidized by local governments.

Also, they let you drink while you gamble, and boy-howdy do they provide the drinks (and no, I did not gamble.  I couldn't even figure out how to work the machines).   I wonder about the buffet, though.  Is there a connection between over-eating and gambling?   Does being stuffed full of prime rib and shrimp make you want to gamble?   I am sure the casino owners know for sure.

Also interesting, as on the cruise ships there are a lot of Chinese folks in the casinos, both as gamblers and employees.   Supposedly gambling is a cultural value in China where much weight is given to luck.  Or is that racist?   All I can say is, Sheldon Adelson seems to know where his market lies.
Newer Post Older Post Home