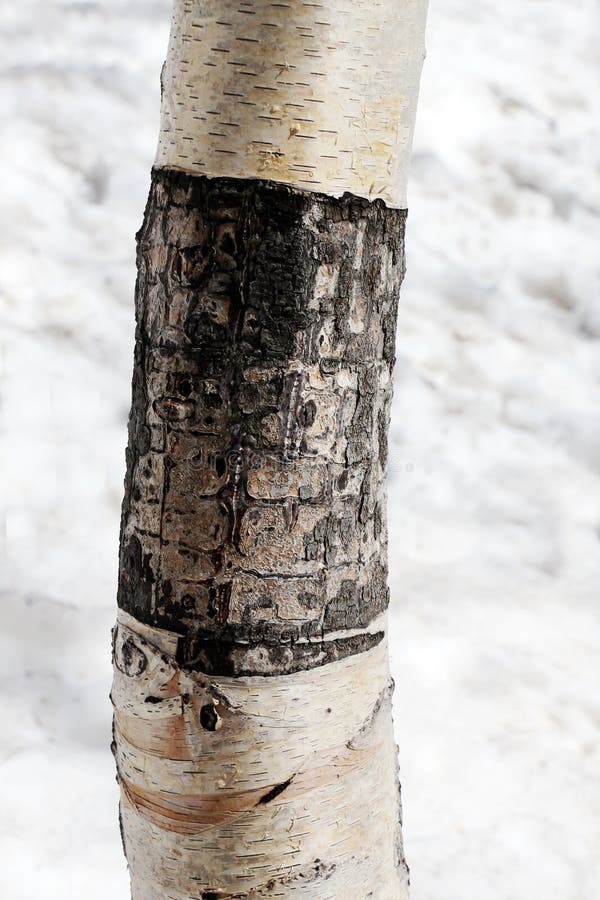 Stripping birch bark off trees can injure or kill them, with no real profit to yourself.  So why do people do this?


In northern climes, one thing we see while camping is evidence of people stripping birch bark off of trees.   Birch bark does have some uses, for example for makers of Adirondack furniture, who use the bark as a veneer for their pieces.   But these furniture makers buy logs and carefully remove the bark in large sheets to use for their furniture.   I have such a piece of furniture, and it is beautiful.  But it was not made from bark stripped off a tree by some drunken Bubba as a half-assed souvenir.

But others, mostly campers, have heard somewhere that "birch bark is worth something!" and so they girdle a living tree to remove a small strip of bark, which then languishes in the trunk of their car until it rots into nothingness, at which point they throw it away.  In the meantime, the tree has died.

It is a problem nationwide and in Canada as well.  And it is a problem that has been going on for a long time, too.   I recall my Mother saying, back in the 1960's, that it was a shame that these idiots were girdling trees in public parks for strips of souvenir birch back.   So it has been a problem for decades now.

It struck me, looking at this tree, while sitting in my hammock, that it is a metaphor for so much more than merely the bark involved or the trees injured, but rather an aspect - a nasty aspect - of our human nature.  "That's worth something, I've heard, I should take it!" is the thinking of these folks.   They are not entirely sure where they are going to fence their purloined 6" strip of birch bark, but maybe the guy at the pawn shop knows someone in the underground birch bark trade.  But again, the reality is, these chunks of bark languish and are thrown out - often in the same campground they are harvested in.

"It's worth something!" is the cry of the hoarder, of course, who keeps complete junk, often at considerable expense to himself, both financially and emotionally, because he thinks that the crap carpeting his lawn is somehow a precious collection.   It is also the mentality that cripples the poor and middle-class, who look upon the trivial in their lives as having great value, while neglecting greater opportunities available to them.

Cars are a prime example of birch-bark mentality at work.   As middle-class and poor people, we obsess about cars - and the poorer you are, the more you obsess about them.   It is only in the poorest neighborhoods (or in the parking lot at Wal-Mart) that you see the most worthless pieces of automotive transportation tricked out with hundreds, sometimes thousands, of dollars of worthless add-ons and customization.   That old Saturn is sure a slick machine!  And 22 inch "dub" rims really trick it out!  Hey, it's a great car, it's worth something.   Check out the birch bark veneer on the dashboard (hey, why not go all the way?).

I am not sure entirely where this is going, only that sitting in my hammock at Quartz Lake in Alaska, staring at this wounded tree, I thought that something wasn't quite right about it.   The secret to "getting ahead" on life isn't in snagging free birch bark, or taking all those little soaps from the hotel you are staying at, or maybe clipping coupons or trying to "score" on a purchase by getting something "on sale".   These are all false economies - trivial things that are of little value to you in reality, or, like birch bark, of no value to you whatsoever.

The birch bark mentality is a trap - a mental trap.  And economics and finances for the middle-class and the poor have more to do with mental attitude than with understanding financial theories or knowing what "next hot thing!" to invest in (the latter being another example of birch-bark mentality).

The Moneyist column on Marketwatch illustrates this phenomenon in almost every column.  Rare is it that someone writes in asking what money market fund to put their money into or what mutual fund to invest in.  Rather, the inquiries are along emotional lines - how can I get my husband to stop lending money to his brother? - and that sort of thing.  These are not people who need financial advice, but relationship advice or psychological help.  They are thinking emotionally, not rationally.  So to them, a relative who borrows money from them constantly is an insurmountable problem - how to I get them to stop?  (Answer:  Stop loaning them money - duh!).

But to the birch-bark mentality set, such simple direct answers are confounding.   "I mean, how do I get my relatives to stop asking me for money, other than to stop lending it to them?"

Well, I suppose the only other answer is that you could suggest to them there is a lot of money to be made in stripping birch bark off of trees.
Newer Post Older Post Home
View mobile version