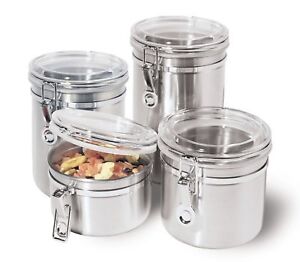 Today we replace components rather than parts.


Decades ago, I went to the bicycle shop to buy a new wheel bearing for my bike.   The guy at the parts counter laughed at me.   They sold wheels, and maybe hubs, but not bearings.   If you wanted a bearing, you had to buy at least the hub assembly and then re-spoke the wheel, or remove the bearings from it and put them in your old hub.

I was pissed off back then that they didn't sell parts at the granularity level I was accustomed to with car parts.  Perhaps a more high-end bike shop might have sold mere bearings, but not the consumer-grade shops.

Since then, we have moved more and more to a component model of parts replacement.   And to some extent, this is an improvement from the past.  In other ways, it isn't.

Back in the day, if you broke a tail-light lens on your car, you unscrewed the broken parts, which were usually held in with four Phillips-head screws.  You went to the car dealer - or even your local NAPA store - and bought a new lens, took it home and screwed it in.

Today, you buy the assembly.   A friend of mine backed into a tree and broke their taillight lens.  I found a generic replacement online for about $30.   When it arrived, I was amazed that not only did it include the lens, but also the reflector (which was glued to the lens) the housing, the wiring harness, and even the bulbs (all three, including backup light).   The entire assembly was held in with one clip and a screw, which was accessed from inside the car.  Unplug the old assembly, remove the one screw, and remove, and then replace with the new one and plug in.    Everything brand-spanking new, and now he has three replacement bulbs (which I put in his glove box in a ziplock bag).

Part of the reason for this component-level view of things is how we assemble cars today.   Back in the day, someone might have to assemble this taillight fixture to the car - installing the reflector and then putting in the bulbs and then screwing in four screws for the lens.  And each bulb would have a separate socket and wire to attach.   This was time-consuming.  Better off to have a one-screw installation with one plug - it can be installed in seconds on the assembly line.

The other reason why we have moved to component-level replacement is that parts are much cheaper today and it is easier to just throw away things than to repair them.   Mark asked me to find replacement rubber seals for this canister set that he bought years ago.  The seals have yellowed and moreover fall off the lids when you open the canister.

Note:  After looking at these online for an hour, I realize that the set Mark bought was made by Oggi, and probably from Williams-Sonoma.  The latch mechanism on the Oggi has a round indent on it, as opposed to the rectangular or oval indents on the knock-offs.  Oggi has quite an impressive catalog of stuff - and they even sell at Mart.  I sent them a nice e-mail asking if they sold gaskets.  Maybe they will send me some as a customer goodwill gesture.  Likely not, as I suspect they import these already assembled, from you-know-where.

The problem is, no one makes or sells just the seals.   They sell a similar canister set at Bed, Bath, and Beyond, (as well as similar ones sold on Amazon) and the only way to get just the seal, from what I can see, would be to go there and shoplift the seals off a set, if they have one on display.  What with their 50% off coupons or whatever, you probably could just buy a whole new set for about $15 or less.   Even a wholesale rubber seal company wants $2.50 to $4.50 for each seal (and they don't have the correct size) plus shipping.   You'd spend about as much on seals as the set.

Oddly enough, you can buy a set of seals for Italian Storage Jars, which Mark also has a set of.  But the openings on these jars are tiny and it is hard to scoop out things like flour from such a narrow opening.  But they are available online only, and not in stock until "late February".

This is frustrating for folks who hate to throw things away.  But without a source of repair parts, you can't repair a lot of things - or it becomes uneconomical to do so.  Yea, I supposed I could buy a sheet of neoprene rubber and cut out new gaskets.  But the cost would be more than a new set of canisters and the labor involved would not be worthwhile.

So much of what have have today is unrepairable.   And the granularity of repair has decreased over time.   I was at GM when we made the switch from wheel bearings to "hub assemblies".   To some extent it is an improvement.   No longer do you have to re-pack and adjust wheel bearings and get your hands all greasy.  You just unbolt the hub from the suspension and replace it.   Four bolts and you're done, pretty much.  On the assembly line, this makes it a lot easier to put the car together.  In the car dealer, it means you no longer have to train someone on how to set the bearing pre-load.

Or take CV joint boots.  You can remove the half-shaft assembly from your car and carefully clean and re-lubricate the CV joints and then install a new rubber boot.   Or, for a few dollars more, you can just replace the entire axle half-shaft assembly which involves only a few bolts (including one huge 32mm one on the hub) and not nearly as much grease on your hands.

The list goes on and on.  With electronics, the issue is even moreso.  There are fewer and fewer things you can repair on a computer, television, or smart phone these days.   Failure usually means tossing something out.   I read online about one hardy soul who took the back off his flat-screen television and found that the reason it went bad was a ribbon cable that came unglued from a circuit board.   Most folks don't have the time and inclination to do such a relatively simple repair as that - and a new television with better features can be had for a few hundred dollars.

In a way, it is sad that we can no longer fix things.  The "mending man" is going out of business as he can no longer get parts to mend things with.   We have to get used to throwing things away that seem "nearly perfect" except for that one broken part that makes the whole thing work.

On the other hand, we have such an endless supply of cheap crap to buy, the effort in repairing a set of canisters that retail for $24.95 and can be had for under $20 simply isn't worthwhile.

It isn't, in fact, even worth typing a blog entry about!
UPDATE:  I emailed the people at Oggi and they responded to me a few days later and said they would send me a new set of gaskets. It never hurts to ask!
Newer Post Older Post Home
View mobile version