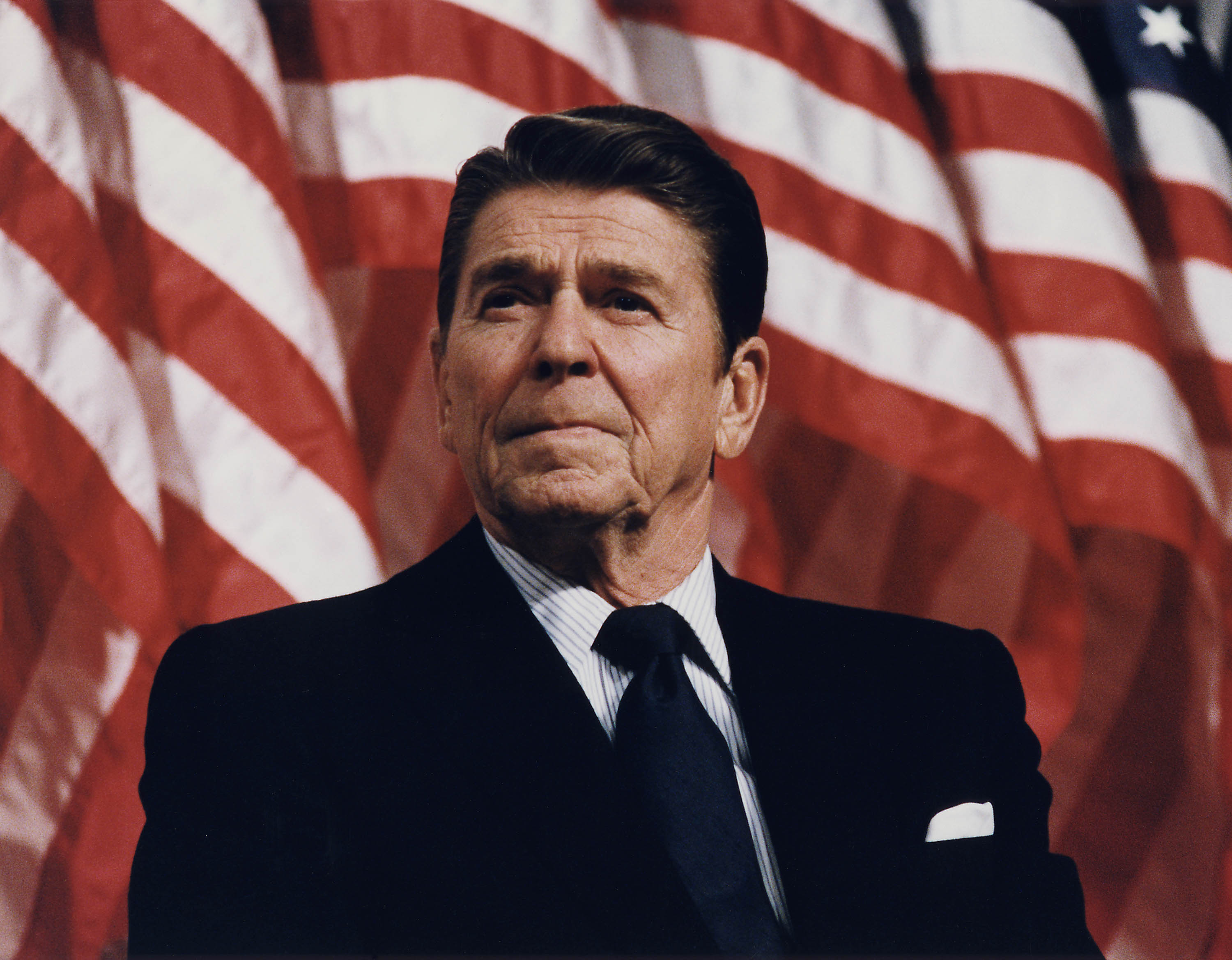 What people remember about Ronald Reagan is often what they want to remember.  Maybe Trump will be remembered the same way?

I am reading Art Buchwald's I Think I Don't Remember, which I got at a garage sale for 50 cents.  Buchwald, as you may recall, was a humorous syndicated political columnist who appeared in the Washington Post.   He was a funny guy, and even when dying, he managed to get a few gags in - being one of the few people to be kicked out of hospice care for getting well, and then writing a humorous piece about it.

Anyway, it is an interesting trip down memory lane (or lack of memory lane) to read about Reagan and the scandals at the time, and how we tend to mock and berate our Presidents - which is a national pastime and a symbol of our freedom.  You can't do that in Turkey, the Philippines, Thailand, Russia, Syria, Iran, or Egypt these days - just to name a few countries where criticizing the government puts you in jail or dead.

People on the Right remember Reagan as some great warrior for far-right causes, neglecting to remember that he also was a proponent for amnesty for illegal immigrants, which allowed a huge number of people in the US illegally to obtain green cards and stay here for decades - such as our former cleaning lady.   They also remember him as the guy saying "Mr. Gorbachev, tear down this wall" - and think that one speech did the trick.  The reality was, of course, that Communism was having its final economic meltdown and simply could not be sustained.   Whether history will repeat itself remains to be seen.  Cheap oil could undermine the government of Vladimir Putin, just as it is undermining the government of Nicolas Maduro.

But what struck me, while reading this political satire from the 1980's, was how similar Reagan and Trump are, in many ways.    Reagan loved to use anecdotes - which were often just rumors or secondhand stories - to make political points.   For example, Reagan would tell the story of a lady picking up her welfare check in a Cadillac, or a "welfare family" living in a posh luxury hotel in New York.  The problem with these stories, is that they weren't true.  No one could ever track down these supposed welfare cheats or layabouts.  They were just urban legends, friend-of-a-friend stories, or what today we would call "fake news".

But the parallels don't end there - and I don't mean to besmirch the memory of Ronald Reagan by comparing him to Trump, either.   Both were media stars, and of course, not major stars.  Trump was a "reality" television star who ended up dabbling in politics.  Reagan was a B-movie actor who became a spokesman for GE and ended up as governor of California - apparently an effective one, too.   There the similarities end - Reagan at least ran for some other office before trying to crack the Presidency.  But both Presidents used their name recognition from their stardom to leverage themselves into office.

We tend to view Reagan today with hushed reverence (or at least some people do).   Perhaps this has to do with the assassination attempt or merely the passage of time.  Some people even like Jimmy Carter now - although this halo effect has yet to anoint Bill Clinton, most likely because his wife was still in politics.  Funny thing, speaking of Clinton - Reagan railed against the welfare state, but it was Clinton who signed welfare reform into law.  TANF - Temporary Assistance to Needy Families - is limited to five years in your lifetime.   No more generations of welfare recipients!

But at the time Reagan was President, he was mired in a number of scandals and controversies.   His economic programs were soundly criticized as "voodoo economics" and of course the Iran-Contra scandal nearly sank his Presidency.  In case you don't remember, we sold, illegally, arms to the Iranians (our arch enemies) who in turn negotiated the release of hostages in Lebanon.  But of course, we never negotiate with terrorists, and donchuforgetit!   Worse yet, the money from this illegal sale of arms never was returned to the taxpayers, but funneled through illegal Swiss bank accounts and then used to fund an illegal war in Nicaragua.

But like Trump, Reagan managed to get away with things as egregious as this.  The "teflon President" they called him.  Nothing stuck to him.   Trump is the "rubber President" I think - you accuse him of something and it bounced off him and sticks to you.  "I'm a birther?  No, you're the birther!"   And for some reason, the media goes along with this.

There is also the delicate matter of mental health.    Reagan was accused of becoming forgetful in his old age, and eventually, he did die of Alzheimer's disease, which is a real tragic thing to deal with.   It is possible he was having early stages of dementia while still in office.    But there the comparison to Trump fails.   Reagan might have been forgetful on occasion, but he was still largely functional and rational as President (even if you didn't agree with his policies).   Trump, on the other hand, isn't necessarily forgetful as perhaps mentally ill.   Or perhaps he is just being driven mad by the first ten hits on Google.

But I think the real similarity will be in the economic and political policies that are actually enacted during their tenures.   Again, the far-right hates to admit this, but Reagan did come from a long line of what used to be called "Liberal Republicans" such as the Rockefeller clan.    These were folks who were the "compassionate conservatives" who wanted economic reform and "family values" but not necessarily racism and antisemitism.   Again, Reagan granted amnesty to a huge number of illegal immigrants in the immigration reform act of 1986.  People conveniently forget this, today.

And perhaps what made Reagan's term less conservative than we remember it, was that he had to deal with Congress and the Courts, which tend to water-down policy ambitions of Presidents - by design of the founding fathers.   Today we are seeing many of Trump's signature policy plans being derailed by his own Republican Congress - half think he is going too far, half think he isn't going far enough.   Trump has to rely on Democrats to save the day.

It may be, when it is all said and done, than the far-right posturings of Trump amount to just that - posturings.   In terms of actual policies and legislation, he may be more to the center than some on the far-right would like.   Of course, it also might be too early to tell for sure.

But looking back, I do recall at the time Reagan was President, many on the Left called him a "fascist" and said that America (usually spelled with one or  more "k"s) was going down the wrong road and would be destroyed by Reagan's far-right ideology.  That sort of didn't happen.

And it may be that the fears being stoked by the far-Left about Trump might not actually happen, either.   While a lot of policies that people don't like may be enacted, it still may be far from the demise of our republic.  Trump may go down in history as a fairly moderate and ineffectual President - and if the economy keeps declining for the next few quarters, a one-term President.
Newer Post Older Post Home