Just 'Cuz You Want It, Doesn't Mean You Can Have It! 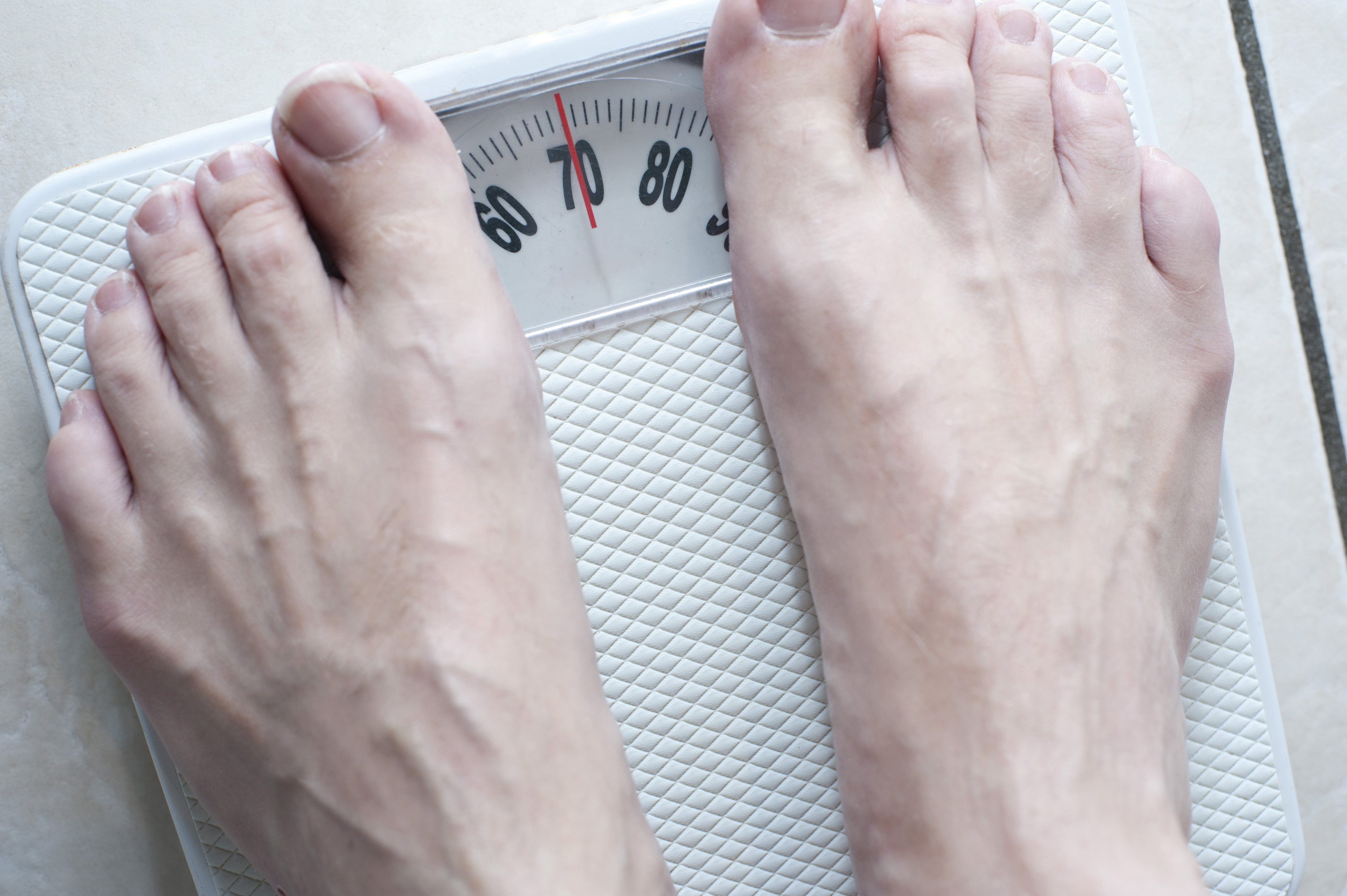 Losing weight is like saving money - it is hard to do and requires a lot of self-control.


Mark and I are trying to lose weight again.   Over time, weight creeps up, just like credit card debt or monthly spending.   I have noted before that saving money and losing weight are very similar endeavors.  And they are both hard and most Americans fail at both.

And when we fail, we lash out at others or externalize our problems.  "I'm not fat, I just look that way next to those super-thin supermodels!  Fat-shame me?  Thin-shame them!   Full-sized girls are beautiful!"   And there is a nugget of truth in that - supermodels tend to look like emaciated boys, and that certainly isn't a desirable look or a healthy one.

Or we argue that it is our "hormones" or being "big-boned" or genetically disposed to fatness.  And there is a nugget of truth in that as well.  You can look back in your high school yearbook and see photos of friends who were thin then, but fat now.  And when you look at their old photos, you can tell they were destined for fatness.   For some reason or another, some people have no trouble staying slim, while for others, it is a struggle.

Or we externalize.  "It is all the bad stuff they put in the food!  High Fructose Corn Syrup!  Hormones in the meat!  Too much starch!"   And there is a nugget of truth in that as well.   But when you get right down to it, well, it is your choice to shove awful food in your mouth, as well as your choice how much to consume.

Finances are no different.   We fail to save and we fail to budget, and want to blame the Republicans, the Democrats, the "people on welfare" (code word for blacks), the evil 1%'ers, or whatever.  But none of these people "took our money away" if we never had any to begin with.   And just like weight gain, we didn't squander all our dough on one thing, but frittered it away on little things.  Bags of chips, or Cable TV.

Blaming others or externalizing isn't going to help you lose weight or save money.  It just isn't.   Even if all your Republican/ Democratic/ Libertarian/ Conservative/ Socialist/ Communist/ Fill-In-The-Blank theories were enacted into law tomorrow, you'd still be in the same economic position as before.  Maybe you'd get some tiny tax cut or your "guaranteed minimum income" - but neither would affect your financial situation that much.   You can't live on either.

So what is the answer?  Well, in part it is self-discipline, which is staggeringly hard.  It is all-too-easy to "treat" yourself to things, whether it is a handful of pretzels as you walk by the kitchen, or an impulse purchase at the shopping mall.  Just 'cuz you want it doesn't mean you can have it.

And we kid ourselves that it is just a "little" snack or a "little" expense so it doesn't make too much of a difference.  But it is these little things that add up - which is why grandiose government or economic schemes rarely affect the vast majority of people.  We go into debt a penny at a time, on hundreds if not thousands of "little things" - not some jumbo single purchase.  At least in most cases.

Similarly, the stereotype of the fat person "gorging" themselves on mounds of food is just that - a stereotype and a wrong one.   All you need is an extra 100 calories a day, which translates to 3000 calories a month or a pound of fat, 12 pounds a year, and 120 pounds after a decade.   No one becomes fat overnight - or bankrupt.

Self-discipline is indeed the hardest thing there is to do, and the reason is quite simple:  Our brains are programmed to accumulate things.   In the wild, we want to find food - and indeed, for the majority of human beings alive today, getting sufficient caloric intake is a daily struggle (and you complain about too much! Shame!).   In the wild, we also want to accumulate things - flint tools, a bow-and-arrow, a warm fur, clothing, firewood, whatever.   In survivalist mode, we are not penalized for having too much, but will die if we have too little.  The caveman who was on a diet, died and did not live to reproduce (not that such a thing would even occur to a caveman!).

So our brains are programmed to eat and accumulate.  You are going against millions of years of biological programming when you say, "I want to eat less and consume less!"   It isn't easy to do!

One way that helps the logical brain overcome this emotional underling, is to have a goal in mind and chart that goal.   If you want to lose weight, weigh yourself every day and chart it on a piece of paper or on your computer or whatever.  Every single day- no exceptions!  No "I'm late for work!" and no "I'm on vacation!" or whatever other lame excuses we give ourselves.  Charting your caloric intake is also essential.  You can't control that which you can't measure as one reader reminds me.

Similarly, in financial matters, it pays to have a budget, to check your bank balances and investments daily.  I calculate my net worth on a daily basis - thanks to the plethora of net-worth calculation programs offered by investment houses and banks.  Press a button and voila! - your net worth down to the penny.    And this can tell you where you are coming from and where you are headed.  And it gives you an idea of what you can afford.

When I was younger, I let lenders make this decision for me.  Can I buy a new car?  I'll ask the bank how much I can borrow!  If they say yes, then it must be affordable, right?  Wrong.  Today, I consult my own finances and think, "Can I really afford to spend 1/10th of my net worth on a motorhome or a boat?"   While I could physically do so, the idea of taking 1/10th of one's wealth and spending it on something that will be worth nothing in a decade seems, well, obscene.

We all want a lot of things in life.   A restaurant entree or a new cell phone.   Or we convince ourselves (or are convinced by the television) that we desperately want these things.  Maybe I am getting older, but a bloated new SUV or a buggy new $1000 cell phone don't seem as desirable to me today as maybe they would have to a younger me, a decade or two ago.   They just seem less interesting.   And I guess this makes it easier to save.

Food, on the other hand, still has its allure.   And temptation is hard to resist!
Posted on November 13, 2017