Past, Present, and Future (Back to the Future!) 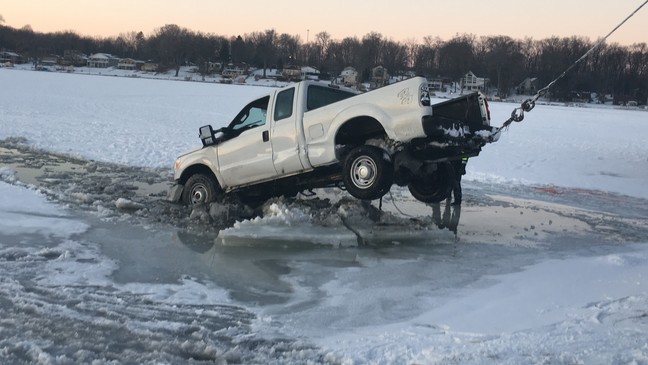 Living in the past is problematic.  So is living in the future.  But we can also be too absorbed by the present to see how great things will become.  Hang in there, baby!

I talked before about living the past, present, and future.   All three have their problems.  People who live in the past never move on beyond past griefs, imagined slights, old loves, or their troubled upbringing.   People who live in the future are always in a hurry to reach it - running a race toward the grave.  They are always in a hurry, neglecting the present for some future event.

It is best to appreciate the present, to be sure.   But sometimes the present can be unpleasant.   For example, the present present.   Things right now are not all that happy, worldwide, and a lot of people, as I predicted, are starting to lose their minds.

A reader writes that they are trapped with their family since this Covid thing started.   Like most families, they get on each others' nerves.  It seems there is no way out!

Well, there is, but it will take time, and the best thing you can do right now is plan for that time, so when it comes, you don't end up like one of those people I met in ACOA who end up living with their families forever, playing a sick dance with parents and siblings, because they cannot see a way out, even as their jail door key jangles in their pocket.

I mentioned before how the news is so inaccurate - we fail to see today what things just happened.  A year from now, the Corona Virus will be put in perspective - worse pandemic ever, or just overblown hype - or something in-between?   We don't know today, all we know is the panic-inducing headlines the media sells us, because it gets us to click.

My personal opinion?  Not the worst pandemic ever, by a long shot, and a "cure" of sorts is being worked out as we speak.  The infection rate is up, the death rate is down - what does that tell us?  Also, I think we will look back in shame how politicians made a political football over this.  But it will be a year or more before we know who was right and who was wrong (no pun intended) - maybe ten years.

I mentioned before that right after the Columbine massacre, the media baited us with all sorts of juicy stories - and again, people politicized this. Born-again Christians spread rumors that the shooters targeted Christian students, asking them if they believed in God before shooting them.   Turns out, not true.  And not true is a lie. Christians lie?  Act shocked. The media reported they were bullied because they belonged to some sort of "Trenchcoat Mafia" or were "Goth" - both not true, and again, an agenda pushed by people who wanted to demonize the two shooters (which makes it safer to process - they are "them" not "us"). It also fit into an anti-bullying narrative.  If only someone had intervened and prevented the bullying!   Again, not true.

I am no big fan of Michael Moore, but his movie Bowling for Columbine had the added perspective of time, and one thing Mr. Moore pointed out, that the entire national news media missed, was that these two kids were days away from graduating from High School.  Whatever troubles they had in High School they were about to put behind them, forever. So why did they go on a shooting rampage?

Turns out the real story was just two mentally ill kids, whose parents wanted to look the other way and pretend it all wasn't happening - because raising mentally ill kids is hard, very hard.   The parents also had guns, and didn't lock them up properly, or better yet, sell them, as if you have mentally ill people in  your home, having guns laying around isn't a swell idea.   It took ten years for us to realize the truth of that matter, but few people today even understand that - they still cling to "Trenchcoat Mafia" memes and myths, because that was a compelling story and it is all they remember.

High School was not the best years of my life - and that was a good thing.  The kind of kids who are superstars in High School generally end up as losers in real life - because real life is nothing like High School.  Yes, I was bullied and teased in High School, and retreated into my own world of Science Fiction and drug abuse.  It is a popular choice for science nerds.  I also planned my escape from High School, and within a month of graduation, was a salaried employee of General Motors Corporation.  GM rescued me, and I pay them back by driving a Ford!   Children are so ungrateful, aren't they?

A few years later, my Mother called me asking me if I remembered a kid from my High School class named [Smith].  "Yea," I said, "He was a real jerk and used to call me names, punch me in the hallways, and knock my books out of my hands"  That is how bullying works.  You go to the Principle, and he does nothing because [Smith] is popular with the teachers and on the football team.  And what's the matter with a little rough-housing? "Just kids being kids! Ha-ha!"

If someone at your place of employment punched you in the hallway every day he would have been fired after the first incident.  High School is nothing like real life.

High School sucks, it really does.  High School teachers suck for the most part - administrators even more so.  Oh, and they really suck the money out of our wallets, particularly in New York State.  Teaching should not be a union job - nor should policing.  But I digress.

Anyway, Mr. [Smith] didn't do much after graduation.  He bummed around his home town, hanging out in bars, working in his father's business.  He had a bitchin' El Camino, though (I am being sarcastic, of course, it was a lame 1976 model).   In the Halls of High School, he was a God.  But in the real world, he was just another jerk-off in a fancy car.  And maybe he realized this, deep down. Anyway, one night, after drinking a lot in the bar, he told his friends, "Why don't we drive out on the lake?"  The lake froze over every year, and driving on the lake - once the ice was 8" thick or more - was a fun pastime.  But it was March, the ice was melting, and it had been a warm winter.  His friends warned him against it and refused to go.

Well, the next day, a Police helicopter is flying over my parents' house, dropping a scuba diver in a dry suit, to find Mr. [Smith]'s body under the ice.   A day later, a tow truck extends a long cable (with the help of another diver) and they pull the El Camino up to the shore, breaking a path in the ice along the way.  A sad end to a short life.  And I don't feel vindicated that this guy who was a total asshole to me ended up losing his life this way. And by the way, was it a suicide?  Suicidal tendencies?  Or just sheer stupidity?   Probably a combination of all three.

The point is - and I did have one - is that at one time in my life I was afraid of this guy, and a few short years later, I felt sorry for him.  Sorry for the short, shitty life he had, where the apex of his life was at age 17, and his biggest accomplishment in life was being an asshole to other people. No wonder he drove through the ice.

Fast forward 30 years, and I get an e-mail about High School reunion.  I go online to the reunion website and see that most of my tormentors in High School really never amounted to much - most never left their hometown or moved more than 20 miles away.  From their Facebook pages, I can see that the centerpiece of their lives was the brief time they ruled the hallways of our High School.  Life was downhill for them since then.  And no, I did not go to the reunion - reunions of all sorts are generally a bad idea - socializing with total strangers you have nothing in common with.  Makes about as much sense as going to a meeting with people who own the same type of car or motorhome as you do - you have nothing in common otherwise.  It is just an awkward pot-luck supper.

Bruce Springsteen even did a song about it.   A lot of people think the song is about how great High School was, not how pathetic people who obsess about great their High School years are.

Those four years of High School were not pleasant, to say the least, but I looked upon them as a means to an end - a means of escape - and I carefully planned my escape.  It was a four-year prison sentence, and I counted down the days to my parole.  Those schmucks in Columbine couldn't see past graduation, even as it rapidly approached.  To their mentally deranged minds, their entire life was defined by four short years in High School, and they would have their revenge on High School, even as it meant throwing away another 60 years of much better living.

Of course, I did not emerge totally unscathed - no one does. The drug habit I acquired in High School, as well as the low-self-esteem beaten into my by my peers, my family, and my religion did interfere with my life plans.  It took many more years before I woke up one day as if I have been living in a dream, and realized that I had real choices to make in life, and I could choose to be happy, instead of doing what other people thought was right for me to do, or try to make people happy who would never be happy.

Sadly, many people never have this revelation.  Many folks go through life convinced that the present is all there is, and have no vision for the future, or worse yet, are obsessed about the past.  They give up on a great future, because they cannot see beyond the present.   And granted, that ain't easy to do, either.  It is not a cakewalk.

So to my reader, hang in there.  This pandemic won't go on forever, it just seems like forever when you are trapped in quarantine with family members.    Figure out what it is you want to do once you can escape - use this time wisely to make realistic plans.   They don't have to be elaborate, you needn't scale Mt. Everest.  Just to be happy and have your own life, your own values, your own career, your own family - eventually.

Don't be the guy who drives through the ice, or Debbie, the organizer of all the High School reunions. Don't throw away a future only because the temporary present seems unpleasant.