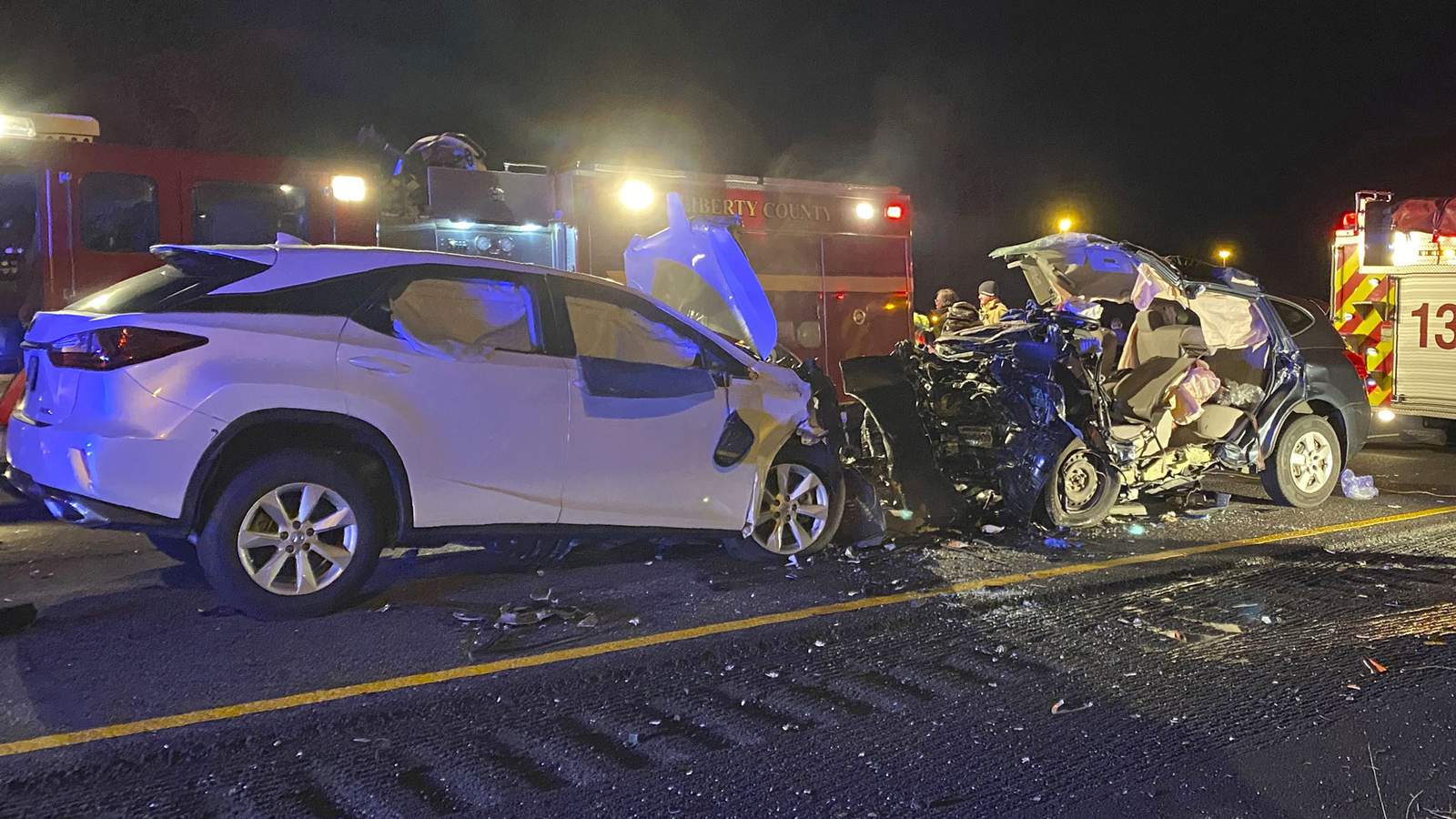 Driving all night or for more than a few hours a day is not only dangerous, it is bad for your health.


We know a lot more about human physiology than we did only a few years back.   As people have taken longer and longer airline flights, we realize that sitting for hours on end is really bad for your health.  Blood clots can form in your legs, and these can travel to your brain and give you a stroke.   It just isn't healthy.

We live in snowbird country - at least for the time being.  A lot of our friends have a place "up North" they go to every Summer to escape the Georgia heat.   Many, in their 60's, 70's, and even 80's, try to drive "straight through" - 10 to 14 hours or more - at highway speeds.   Some break this up into a two-day trip, but many don't even do that.   They spend the better part of a day seated in a car, driving 5-10 miles per hour over the speed limit, weaving in and out of traffic, trying to "make time" to get home.

We see a lot of people doing this on I-95 - with out-of-State plates - on their way as part of the snowbird migration, or on their way to Disney (or some other Florida vacation) and back.   Many drive late into the night as well.   They are tired and worn out, and often everyone in the car is asleep except the driver - who might not be far away from sleep themselves.

It is a recipe for disaster.

Sunday morning - in the early hours - there was a collision on I-95.  A 77-year-old Florida man went the wrong way on I-95 and plowed into another SUV with a family of five aboard, head-on, at speed.  A closing speed of at least 140 miles per hour.   Everyone died.

Of course, everyone will be wondering why a 77-year-old went the wrong way on the Interstate.  But apparently it happens more than you think, and they are very deadly accidents, due to the closing speeds involved.  And they are hard to avoid, as your reaction times are halved.

But my question was this:  Why was a 77-year-old driving in the early hours of the morning in the first place?  Sunday morning (i.e., Saturday night after the bars close) is a horrific time to be driving.  According to initial reports, the man was not "impaired" (i.e., drunk) but the real danger is that a lot of other people are.   I would simply avoid driving at that time of night, on that night in particular.

And why was the family from Virginia driving at two in the morning on a Sunday?  What could possibly possess them to be on the road at that ungodly hour?

No one knows the reasons just yet, but I suspect both drivers were trying to "make time" by driving "straight through" with tragic results.

When I was at GMI, some of the other students would do this - get a bunch of people in a car and drive "straight through" to Florida to go on "Spring Break".   I could never afford it.   They would take turns driving while others snored in the back seat.   It sounds like a swell idea, but it can end in tragedy as the driver succumbs to sleep themselves.

I get it that a young family from Virginia might need to "get back" after vacation, to get the kids back to school and to get back to work on Monday.   That doesn't make it a good idea, but at least I understand the motivation.   But a 77-year-old?   Why is he driving after midnight?   Why is he driving at night at all?   Night vision is the first thing to go, and the joke among the widows on Old People's Island is that if you can snag a husband who can drive at night, it is worthwhile, even if you have to have sex with him once in a while.

When you are retired, there is no job to get back to, no kids to get to school.  There is no hurry - and yet we meet a lot of old people who drive "straight through" to their destinations, often spending ten hours or more behind the wheel every day.   We ask them if they ever stopped in any of the States between here and there - and they haven't.  As far as they are concerned, the Carolina's, Virginia, and even Pennsylvania are just places to gas up and get fast-food.

We tell them - in vain - that there are places to see between "here and there" that are worth stopping for.  And it is a lot easier to drive a couple-hundred miles a day and enjoy the scenery and see the sights.   "But you'll never make time that way!" they cry, as if they have an urgent appointment - other than with the grim reaper - to make.

One friend told me that they had to hurry back because they had a doctor's appointment - as if such appointments could not be scheduled a week later, or they could not leave a week earlier.   This mentality of "have to get there, fast!" is so ingrained, they cannot see any other way.

It is, in a way, like my experience with the Blue Ridge Parkway.   When I was younger and had a "job" I could not figure it out.   35 mph - no way to "make time!"  We had jobs to get back to, places to be!   And maybe that is an excuse when you are younger, but as I got older, I realized the journey is its own reward and when I retired, well, there was no excuse to go rushing off.

We drove to Alaska two years ago and went back to Vancouver last year to pick up the camper.   "You drove all the way to Alaska?" one asks in wonderment.   "How many days did that take?" asks another, "Like five or six, right?"   Well, more like five or six weeks, as we travel only about 200 miles a day.   We stop often and see things - tourist traps, railroad museums, airplane museums, local wineries, distilleries, breweries, musical attractions, the world's largest ball of twine - whatever.  Why rush things?

And no, we aren't doing 75 mph, weaving in and out of traffic, with a trailer - as we see so many others doing.   Driving fast, at the raw edge of control, inches away from disaster, is no way to relax.  It raises your blood pressure and heart rate, while your body remains almost motionless.  It is a recipe for a heart attack - if the blood clots don't get you first.

We used to take the Auto-train from Lorton, Virgina to Sanford, Florida.   It might not be faster, but it is a lot more fun.  And while it costs more money, a private room (they even have family rooms) is quite comfortable.   Bring a bottle of wine with you and watch the countryside go by as you nod off after dinner.   Wake up the next morning, and they're already unloading your car.

The journey is the reward.   But so few see it that way - they see the journey as an unpleasant task to be completed as quickly as possible - living in the future:

While driving into town the other day, I realized that aggressive driving is another example of living in the future. In Central New York, a depressed area, people tend to drive aggressively and tailgate excessively - often in the worst sort of run-down cars. Even if you are doing the speed limit, someone will ride your bumper as if to say "Come on, enough already, I want to GET THERE!"

And that is just the point. In their minds, they are already at their destination. The trivial act of traveling from point A to point B is just some mundane repetitive task that should be disposed of as quickly as possible. They are already thinking about what they will be doing once they reach their destination and are not living in the now.

And, as you might expect, they get in a lot of car accidents, not just from tailgating or speeding, either. They are often not thinking about their immediate surroundings, but rather of where they are going. So they don't see the deer by the side of the road, or the child crossing the intersection, or the stop sign dead ahead.

In their minds, they are already home, and the annoying present is something to be endured on the race to the eventual graveyard.