Republicans Have a Plan, Democrats Don't Have a Clue 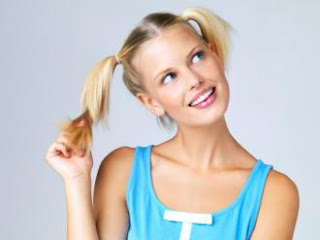 Republicans are winning because they've executed a carefully laid plan over the last decade or more. Democrats are losing because they have not coalesced into a unified force.

The disorganization demonstrated by the Democratic party seems to indicate that Donald Trump will be re-elected for another four years, whether we like it or not. Bernie Sanders is the ultimate useful idiot. I have no doubt he really believes in his socialist values and thinks that Fidel Castro and Nicolás Maduro are great leaders and that we should adopt the Venezuelan, Nicaraguan, and Cuban economic models for our country.  After all - the education!  (Oddly enough, people the world over flock to America to get an education.  I wonder how many flock to Cuba?).

I have no doubt that foreign forces as well as Republicans, are promoting his candidacy. Republicans have come out of the closet in South Carolina which has open primaries. They're advocating for Republican voters to vote in the Democratic primary and vote for Sanders, the spoiler candidate. Republicans have canceled the Republican primary in that State and Donald Trump is assured the nomination. So there's no point in Republicans wasting their vote, they might as well jam up the system.  That is one problem with open primaries is that it allows people to make disruptive votes just to cripple the other side.  The problem with closed primaries, is that they favor fringe candidates.

Even if Sanders were to win, the Republicans have cemented their position of power. They have a majority in the Supreme Court and may obtain yet another seat very shortly. They've dominated the Federal courts with their appointees, even in the famous liberal ninth circuit in San Francisco.  The justice department is fast-tracking appeals of any decisions that overturn Trump Administration policies. The Supreme Court has reversed those decisions, thus giving Trump a free hand to do as he pleases.

This is not something that happened overnight, but is the result of many years of planning. Republicans have been building a base in the States, dominating one state legislature after another, obtaining one governorship after another. It is the States that determine the redistricting for Representatives and thus can gerrymander districts to their advantage.  Democrats, of course, decry this, but gerrymander on their own, when given the opportunity.  Oh, and by the way, the conservative Supreme Court has held gerrymandering is constitutional.

The key to running the government in the United States is to control the Senate and the presidency. Yes, it would be nice to control both Houses, the Presidency, and the Courts. But as history has shown even if you dominate the House Representatives, it's really hard to get legislation through there as people in your own party want their own piece of pork in exchange for their vote.  Once you have the Senate and the Presidency, you have the Courts as well, and the House of Representatives is really irrelevant.

So what the Republicans have done is dominated the Senate, which means they can appoint judges. These in turn rubber-stamp Presidential orders and the Presidency is becoming increasingly more powerful.  Trump has accomplished the most of his agenda and not through legislation, but through Presidential directive.

The House of Representatives, as the recent impeachment inquiry illustrates, is pretty much irrelevant and powerless. Even if they could get together enough votes to pass legislation, it's assured that nothing will go through the Senate without their approval and certainly not meet the 2/3 standard to override a Trump veto.  Democrats, however, love a good protest vote, and they can let "AOC" pontificate all day long - it makes no difference.  It is just venting frustration.   It is not real power in any way, shape, or form.

And yet no one is talking about this. The Republicans have basically locked up power and control of our government for at least a decade to come, and all the Democratic candidates can talk about is whether to or forgive someone's student loans or make college free.  These are hardly the really pressing issues of the day.

They promise to tear down the wall, or abolish ICE, but both of these proposals don't really have a lot of support with the voters.  Moreover, they're not likely to ever see the light of day. Unless the Democrats can take both the House and the Senate, and an astounding number of Federal Judges  and Justices decide to retire at once, they will not retake control of the federal government for at least a decade or two.

The Democrats have been blindsided in this regard. They have been so focused on taking the presidency, putting Hillary in power, and now Bernie Sanders, they forget the government is more than just who is President. You need to build a power base from the bottom up in order to control the government.

Even assuming Bernie Sanders or any of the Democrats win the presidency, unless they can win the Senate, it's unlikely that much will get done.  Judicial appointments will be held up and the radical legislation that Bernie Sanders proposers will never get out of committee.  In other words, whoever is elected President, if they're a Democrat will be a very ineffective president.   Republicans will see to that.  Jimmy Carter went through this - Obama did, too.

It's the nature of the beast, yet Democrats fail to see this.  Or perhaps they do.  I've said it before and I'll say it again: I think they intentionally want to lose this time around.  Incumbent presidents tend to get reelected and they realize this.  Bill Clinton's election was really a fluke - if you look back at it, there's really no reason George Bush shouldn't have been re-elected other than he was not very charismatic.

So maybe that is the battle plan.  They let someone like Sanders get the nomination and he goes on to lose gloriously in the fall.  People didn't realize that radicalism isn't the answer and moreover the organization at the street-level is more important than who's in the White House.  Once the Democrats can build up power base in the State Legislators and Governorships, then can take control of redistricting for House races.   But if they don't have a majority in the Senate, and it really doesn't matter who's President.

But all of that is at least ten years down the road. It'll be a long, slow, slog through the mud to get there.  But maybe disabusing the current crop of voters of these pie-in-the-sky notions is the first step in that process.

So, onward to glorious defeat!   Every Democratic Candidate will get a participation award, handed out by Ms. AOC herself!   And Democrats can all feel good about ourselves for being morally right, but strategically wrong.

Losing is not winning.  I don't care how many Betos you've got.
Newer Post Older Post Home