Opinion versus Analysis - and Fake News 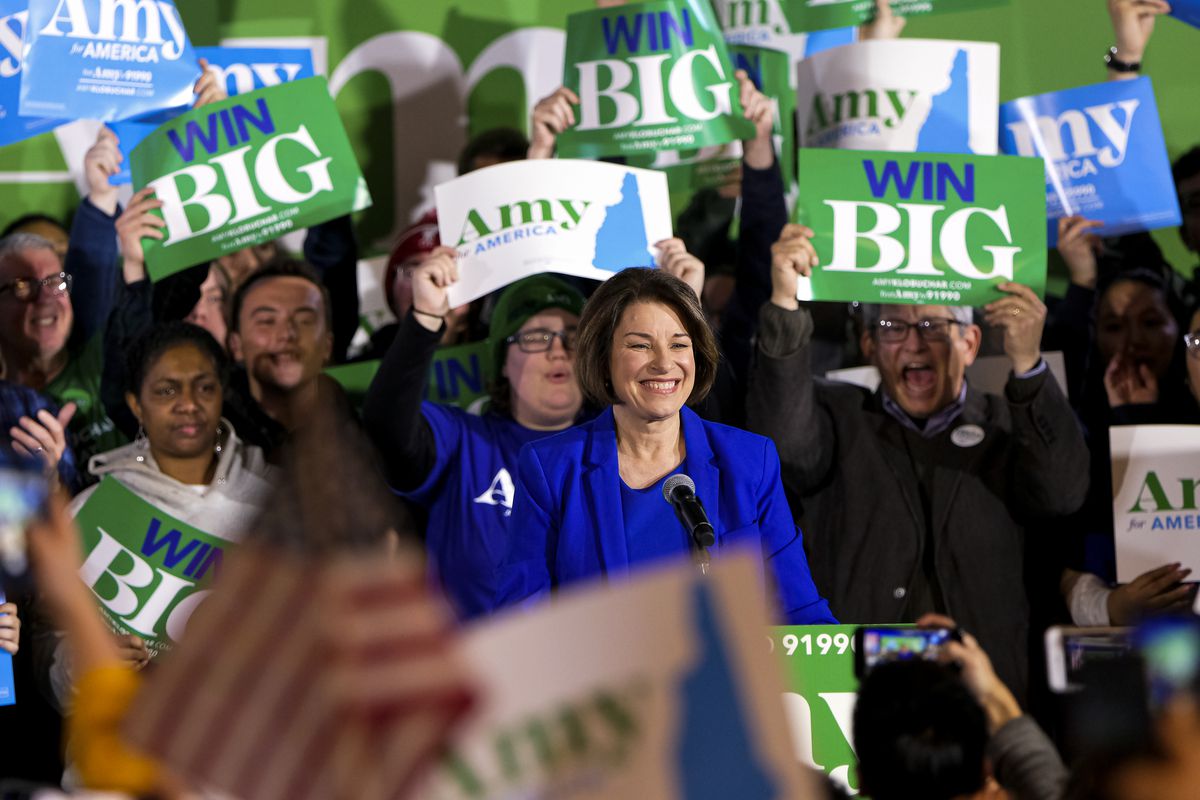 Opinion is Opinion and Facts are Facts - but not always in the media!


With less than 2% of the country having had an opportunity to vote for the next Democratic nominee, many news outlets are already calling the winner - or at least calling out the losers.  Yea, you read that right - 2%.  Iowa has a population of about three million, New Hampshire about half that.  Between the two of them, they represent a tiny portion of a nation of almost 330 million people.

And I'm not taking a piss on either State when I say they are hardly representative of America - as residents of both States would readily agree.  Iowa is very agrarian and very, very white. New Hampshire is perhaps more industrial and technology oriented, but also very, very white.  For reasons that remain unknown to this very day, we have chosen these two States as "bellweathers" of what is to come.  Of course, that is nonsense.

Articles abound today, doing "analysis" of the election so far.   I get it that the New York Daily News, in an opinion piece says that Sanders should be "treated like a front runner".   That's their opinion, but not necessarily a fact.  If you combine the votes of the centrist candidates (Klobuchar, Buttigieg, Biden) they far outweigh Sanders.   But to hear one "analysis" piece tell it, the centrist part of the Democratic party is "too divided" and they will never come together behind one candidate.  And since Bernie "won" New Hampshire by a point or two, and nearly won Iowa (but he won the popular vote - as Hillary would say) then let's just skip the rest of these unimportant primaries in these other, insignificant States and skip to the convention now.

What is going on here?   You might expect this sort of stuff on the Op-Ed page, but on the front page?  Disguising itself as "News Analysis"?   Why?

Well, once again, there are several answers, and the first and most obvious one is, clickbait.   Yes, people will click on these "news" articles whether they are a Democrat or a Republican, a Bernie Bro or a Buttigieg supporter.    It doesn't matter - you get more clicks from people who are outraged by what you say than you get from those who agree with you.   That's the way human nature works.

The second thing is, well, as I noted before, Journalists don't take courses in probability and statistics.  So they believe in things like "momentum" and "front runner status" even if they don't mean anything.  If you believe that, then Paul Tsongas (who?) was elected President in 1992, not Bill Clinton.  John McCain was President in 2000 instead of George W. Bush (would the world be a different place?  Perhaps).  And of course, Bernie Sanders would have gotten the nomination in 2016 to lose to Donald Trump.  No, Socialism doesn't sell in Michigan, Ohio, Pennsylvania, and Florida, anymore than Hillary's sense of entitlement did.  Trump would have won either way.  Get over it.

The funny thing is, this obsession with Iowa and New Hampshire is a relatively new idea.  In 1968, there was only one candidate on the ballot in New Hampshire.  Lyndon Johnson was still toying with the idea of whether to run again.  Bobby Kennedy wouldn't throw his hat in the ring until later. Of course, we all know how that election worked out.  Not well.

In a way, it is like Christmas.  In the song "We Need A Little Christmas!" from the Broadway musical Mame the original lyric read, "But Auntie Mame, it's only one week after Thanksgiving!" which was changed later to --one week before Thanksgiving-- to conform to our new three-month long holiday season (Christmas starts the day after Halloween, doncha know!).   Back in the day, it was considered tacky to put up your Christmas tree more than a week before the holiday.  Today, it is considered lacking if your house isn't decorated by December 1st.

In the same way, our elections have gotten longer and longer until they are nearly continuous events.  For members of the House of Representatives, that is pretty much the case - you get elected for a two-year term, and the first thing you do is fundraising and campaigning for your re-election.  And I think this is the third reason why people are putting so much weight into these relatively unimportant early contests - election fatigue.

Presidential contests are getting longer and longer and candidates are declaring themselves earlier and earlier. Trump announced his candidacy for re-election in February 2017, mere days after his inauguration  John Delaney (who?) announced for the Democratic nomination in July of that year, followed by Andrew Yang in November - obviously declaring earlier works!  The election has been going on since.... the last election.   In a way, this is part of the problem - people have been talking about the 2020 election since 2017, so the first time people get a chance to vote, great meaning is attached to it.

The fourth reason, is, of course, that people in the media live charmed lives apart from the rest of us.  Most are congregated in the coastal cities - New York, Washington (sort of near the coast, anyway), San Francisco, Los Angeles - where a lot of this left-wing socialist talk is popular.  Popular and stylish - like a pair of those pre-torn and pre-soiled jeans for $200 at the fashion boutique.  Stylish, perhaps.  Practical?  No.   And when these highly paid news drones get their tax bill under a Sanders administration, they might change their tune.   Be careful what you wish for.

But of course, we know that the media is not biased at all.  Well, except Fox News, which is so laughably biased in favor of the right as to be more of a "reality television" program (which of course, are not real) than a news show.  Liberals are, at least, a little more subtle than the sledgehammer that is Fox News.  So these "analysis" stories read more like the obituary of every candidate except Bernie.  Never mind the fact that the votes of the "centrist" candidates, combined, far outweigh the Bernie vote - he won!   But of course, 25% of the vote is hardly a clear win of anything.  In fact, in most countries, this would only qualify you for the run-off election.

But even if you want to call this a "win" it really isn't.   Buttigieg and Bernie are pretty much tied for delegates at this point (22 versus 21), and pretty much a statistical tie in terms of votes (a margin of about 1% separates them).  Does either one of them have "momentum"?   If so, why are the pundits calling it for Bernie?   You don't see any articles talking about Buttigieg momentum - I think even the liberal press understands that America isn't ready for a gay President (but Jewish Socialist might just work!).

Even those who are not calling the election for Bernie are writing the epitaph of Warren and Biden.  Biden no doubt has been damaged by the botched impeachment trial. Never bring a case you know you are going to lose - they teach that the first year in law school.   Without 60 votes in the Senate, it wasn't going to happen - and Democrats couldn't even muster a simple majority.  All the impeachment investigation did was make people wonder why was Joe Biden's son on the Board of Directors of a Ukrainian energy company while Joe was VP?   It smacks of Hillaryism - $50,000 speeches and cozy jobs for your daughter after graduation.   Unlike the Democrats, who failed to nail Trump, even after providing a clear trail of witnesses and documents, the Republicans can smear Biden with just an inference or suggestion.   And apparently it worked.

Warren?   I think the Pochanatas thing will stick.  It may seem trivial, and she might be able to claim that she received no special treatment as the result of her ersatz claim of Indian ancestry, but Harvard did use that claim to meet racial quotas.  No doubt there is some Indian on the reservation right now, who applied for a professorship at Harvard, only to find that seat taken.  It is not a matter of whether she got advantage from it, but who was disadvantaged by it.   It also speaks to character.  A one-time deal, maybe excusable.  But she did it again and again.  And then there is her Republican background.  At least Bernie can argue he is consistent - consistently wrong.

Of course, there is the misogyny thing.  They don't call them "Bernie Bros" for nothing - an army of all-male internet trolls,willing to shout down anyone who doesn't think Sanders is a God.  Once Bernie pays off their student loan debts, they can move out of Mom's basement and maybe get one of those guaranteed jobs he'll create - you know, the kind that don't involve any work.  Very little room in the Bernie World for women, just as there was a lot of estrogen in Hillaryland.

But we'll see, in a week or so, whether there is any "momentum" for any of these candidates.  I think it is too early to call anyone a winner or a loser.  If anything could be taken from these early results, it is that Amy Klobuchar has done surprisingly well - scoring more votes that one would think, considering she is relatively ignored by the press.  Once you look into her background, you start to wonder why the press hasn't spent more time on her.

Oh, right, clickbait.   Sanders, Warren, Buttigieg, and Biden generate clicks - you either love them or hate them.   Klobuchar seems like a practical, middle-of-the-road Democrat, who has done a lot of bipartisan work on Congress and a gotten a lot of legislation actually passed.   BORING!  We want to hear about unrealistic proposals from AOC that will never get out of committee!   Because, let's face it, when the press announces that some Congressperson has submitted a bill, most readers just assume that means it's now a law.