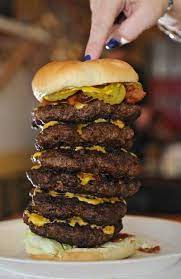 Too much of a good thing is too much.


One problem facing our society is wretched excess.   It is a problem for all societies I think, that over time, something is deemed "good" so more of it obviously must be better.   But such is not the case - there is a law of diminishing returns on these sort of things.  Eventually, too much ends up being worse than not enough.

Consider the fabulous fifties.  At the start of that decade, cars were just abandoning the "ponton" or pontoon-fender styling in favor of the "envelope" body.  Most cars had flathead engines and three-speed-on-the-column transmissions.   Few made over 100 horsepower.   By the middle of the decade, overhead valve V-8 engines of 200 horsepower or more were common, along with automatic transmissions and the start of the tailfin and hardtop styling.   By the end of the decade, cars looked like Wurlitzer jukeboxes - slathered with chrome, long, large, and heavy, with 300+ HP engines rattling under the hood.  Prices took off, and quality was in the tank - people stopped buying in droves.

But like pruning a plant, it was a good thing.  In the early 1960's smaller and more simple cars were produced - the compact Falcon, Chevy II, and Valiant.   Then the midsize models came out, or "senior compacts" as GM called them.   Then the muscle car craze took off, until by the early 1970's, the automakers were making 400 HP cars that no one could afford to insure or keep fueled.   Enter the era of the pimp barge - and that trend took off before it too, was deemed wretched excess.   Today, we live in an era of $70,000 pickup trucks (that's after the $11,000 rebate!) and $100,000 SUVs.  Another pruning is in the works.

When it comes to food, the same is true.  What got me started on this was Mark made a batch of biscuits one night.   It is good to have a spouse who can just "whip up" a batch of biscuits on a whim.  Anyway, he was complaining that the biscuits were too thin.  "I rolled them out too thin!" he said with regret.   I thought they were just fine, and realized that in years gone by, these would have been considered normal biscuits, but that over time, we have gotten used to these cylindrical scone-like biscuits that are inches high - and that is not a norm.

We take a good thing and take it too far.   At the diner, no pie is deemed worthy unless it is "mile high" - although a decently made apple pie really shouldn't be like that.   We supersize our drinks and meals until the calorie content is off the map.  People slurp soda from small buckets called "big gulps".

The picture above is of a hamburger that was made at "Colonel Mustard's" -  a restaurant that recently went out of business in Jacksonville (I can't understand why - that burger looks appetizing, right?).  It is emblematic of the human tendency - particularly in the United States - to ruin a good thing by taking it too far.  If one burger patty is good, two must be better, right?  And so the Big Mac was born.  But then Wendy's had to ruin it by going to the three and four-patty burgers.   And then many other independent restaurants and small chains had to produce the inedible and disgusting nightmares such as shown above.   That's no longer a hamburger, it is just a pile of meat - a monstrosity.   When a hamburger is taller than it is wide, you've gone too far.  When you cannot pick it up and eat it, you've gone too far.   It is enough to make one turn vegan.

But we see this all the time with food.  If something is good, then more of it is better.  And we see this with our houses, too.   There have been a slate of articles online - all coincidentally appearing at the same time, thank you Russian Internet Research Agency - claiming that Europeans despise America because we have too many bathrooms.  This is, of course, a lot of made-up click-bait bullshit with a twinge of class-hatred thrown in.   The reason American homes have more bathrooms than they do in Europe is that we are a wealthy nation and can afford it.   It is not something that happened overnight, either.  Houses built in the 1940's and 1950's (such as my first house in New York or our house in Virginia) had only one bath and often only two, maybe three bedrooms.   People had to take turns in the bathroom. Children had to share bedrooms.

As America became wealthier after the war, they bought more house.  The Brady Bunch houses of the 1960's had multiple bedrooms and baths (such as the "Jack and Jill" bathrooms that would open to separate bedrooms).   In many families, each child had their own bedroom and as the years went on, often their own bath.   American houses expanded because they could - we were a wealthier country than in the past.  I keep harping on this, as people want to feel sorry for themselves today and talk about how great past generations had it.  Imagine a family of four - or more - living in two bedrooms with one bath - that was the norm back in the day, and for middle-class families, too!

But like anything else, we took it too far.  People started buying "mini-mansions" or "monuments to themselves" in the 1990's and beyond.   It wasn't too much cheaper to build a house slightly larger, particularly if the builder skimped on materials.  Using Dry-Vit stucco instead of brick or stone, for example, or vinyl windows (which are functional but hardly luxurious).   Houses were built with big empty rooms, high ceilings and high heating and cooling bills.  And in many of these "luxury" homes, there is a dearth of furniture and nothing hanging on the walls - and sheets in the windows in place of curtains.   Yes, I've seen this all, firsthand.

The weirdest thing of all is that many of these big homes are bought by couples or small families.  I know a couple who has no intention of having children, yet bought a five-bedroom townhome on the premise that, well, more is better, which I am sure the real estate agent told them.   Hey, you'll make money buying a house, right?  So if you buy more house, you make more money!   But such is not the case, and in fact, a recent article online argues that successful people often are the ones who buy less car and less house than they can afford (but instead buy what they actually need) and then invest the surplus.  Seems pretty obvious, in retrospect, but it eludes us all at one time or another.

The problem with the mini-mansion or the five-bedroom townhouse is that there is a lot of space there you are paying for, in terms of purchase price, property taxes, utility bills, and maintenance.  After a decade, the stucco starts peeling off and the cheap shingles need to be replaced, and the fancy "rich people's roof" (steep gradient with lots of valleys) is expensive to re-do.  The dream of the mini-mansion can turn into a nightmare - and that is assuming one hasn't bought at the height of a bubble.

Of course, maybe another pruning is happening already.   House size has gone up over the years, as new houses are made larger and larger and older homes are added onto, again and again.   We see this here on retirement island - retired couples in four-bedroom houses feeling the need to add on room after room after room - most of which are empty other than for stray pieces of furniture.  More is better, right?

No.   More is not always better.   There is a fine line between better and wretched excess.  And often it isn't possible to tell if you've crossed that line until later on when you can view things in retrospect.  There are some signs, however, that the trend toward larger and larger homes may be tapering off - after all, eventually one runs out of land and money - much as the car market in 1959 did.

By 1959, American cars had succumbed to wretched excess.

I am not sure what got me started on this, other than the biscuit incident - the biscuits were perfectly good, but measured against the fantastical standards of today, were felt to be lacking.   That and the photo above which nearly made me throw up.   Americans love excess, and that is part of our culture, I guess.   People in other countries like to run us down about that, but in secret they covet our crazy culture.  Go to Japan sometime and see how they love our Rock and Roll and anarchy - all carefully controlled, of course, to conform to their cultural norms.   Or see how many videos there are from Europe, of people collecting and restoring old American cars - reveling in the wretched excess of their size and horsepower.   Sure, they run us down, but at the same time they are amazed.  Seven liters of displacement in a two-door car?   What are those bloody Americans thinking?