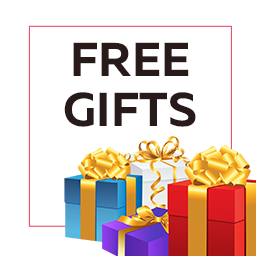 I recently cleaned out another drawer in our house, going all Marie Kondo on it, throwing away half of the contents.  Most of it was corks that came with fancy wines or liquors, some of which can be useful for re-sealing a bottle of wine, but on the other hand, you really need no more than five of these.  If not, ask yourself why.

We also had a lot of "free gifts" which came from a number of sources.  Yes, you get "freebies" all the time at conventions and store openings.  Little things like tiny flashlights or bottle openers or beer koozies, that have someone else's name or logo embossed on them.  Hey, they were free, right?  Not costing you anything - other than the ability to open a drawer without having it jam, and being able to find the three things you keep in that drawer.

And that is the deal - I find we use the same three things from that drawer - a long spoon for extracting cocktail olives, a wine corkscrew, a wine bottle foil cutter and maybe the occasional resealing cork.  Says a lot about our lifestyle, eh? Everything else was just extra junk that we never used but was "too good to throw away."

But what I realized, after I was done throwing out 80% of the contents of the drawer was that, the drawer with the stuff I wanted in it, easy to find was "worth more" to me than a drawer overflowing with crap I never used, hiding the three things I really needed.  The essentials were drowning in a sea of free corks (over 30 at least) and promotional throwaways.

Worse yet (and harder to get rid of) are things that friends give you.  Yes, it is nice when you go to a friend's house, to bring a bottle of wine or something, often packaged in a nice bag or box or whatever (let's not get too fancy!).  Or another friend of ours brings us things like tea towels, or some little thing they found or bought at a garage sale or was being given away as a promotional item.  "I thought you might like this!" they say.

And sometimes it is just the thing you want, too.  But these "free" things come at a price. The friend gives us things and expects something in return - eternal gratefulness for the gift, for example.  Or, if they see us using the gift, even years later, they have to remind us where it came from - or remind our friends in attendance.   And sometimes - once in a while - they ask for the gift back.  I kid you not, and sometimes it is a magazine, several years old.  Sorry, threw that away!

And yes, that friend has hoarding issues.

Nothing in life is free, it seems. Even a "gimmie" bag from a convention that can be used as a "reusable grocery bag" seems to languish in a drawer somewhere or on a shelf or in a box with like bags. Try as we might, we just can't remember to bring reusable shopping bags to the grocery store. So they accumulate like a bad penny.  Can't throw those away, ever, right?  Because that is like choking a whale or something - 8,000 times worse that throwing away one of those plastic shopping bags, right?

But clutter is clutter, and it often interferes with productivity and your mental health.  You can't get work done in an environment where the three tools you use are drowned in a sea of ancillary junk that never gets used.  This is not to say that you should go on a throwing-away binge-tantrum, only that things that you save because "they are too nice to throw away" and yet never get used, not even for months or years, are little more than clutter.  Move on, move away.

Always be ready to move, as I noted before.  This doesn't mean you should move every year or so, but your life should be in a situation that if you had to move in a hurry you could. So many people remain in stasis in life, unable to pick themselves up and move, because they are attached to a closet full of junk.

You read the history of Nazi Germany and many Jews wanted to leave early on, as they saw that things were going bad.  But the thought of uprooting themselves was too much, and maybe this Hitler thing would blow over and the German people - who after all were good and decent folks - would come to their senses, right?   By the time they realized their attachment to the material was mortal error (literally) it was too late - the Nazis were not issuing exit visas.  It was a one-way ticket to the concentration camp.

There is still talk in America today about overturning the election of 2020.  One of Trump's advisors - a former veteran no less - argues that a military coup is needed, as the "will of the people" was thwarted, when in fact, the majority of the people just don't like Donnie.  It is scary, and at the Georgia Republican Convention held here on Jekyll Island, many people boo'ed our governor for certifying the election results - as was his job to do.  Rational adult people (most from Savannah, oddly enough) argued that he should have overturned the election and handed victory to the loser.

If such a scenario should take place, I would have to seek refuge elsewhere - Canada or Costa Rica, or Panama - anywhere but the United States.  This is not some dramatic pronouncement by a disaffected political type who is upset his candidate didn't win.  This is a realistic assessment of what could happen if the law of the land could be voided on a whim.

Because if you can overturn an election, using political influence, you can do anything else you want to do.  Absolute power corrupts absolutely.  And it won't be long before the people behind such machinations decide to come after the blacks, the Hispanics, and the gays, in no particular order.  And while we love camping, we have no desire to live in one of Trump's special camps.  Nosirree!

OK, I sort of diverted from topic, yet again.  But it pays to be agile and mobile and not be tied down to a sea of "things" in life.   As I noted before, the best opportunities in life might not be in your hometown, but across the State or even across the Country.  Oftentimes, we are mired in junk and stuff and feel too stifled to move elsewhere.  All this stuff!  It is worth nothing, in resale value, but is so "valuable" to us.

We had the opportunity to rent out our vacation home, for example. We were so concerned about our "things" being damaged by tenants that we never did it. I noticed that the new owners of our vacation home have no such qualms and rent it out regularly and also have an Airbnb in the apartment in the barn. It turned out that all the "stuff" that we were so worried about being damaged is either long gone or turned out to be worth nothing. The material is indeed mortal error.

Whether it is a missed job opportunity, a chance to make enough rental income to pay your property taxes and utility bills, a missed opportunity to sell out while the selling is good, or an opportunity to escape the Nazis or the Trumpzies (I am being redundant), the effect is the same - we sacrifice much, to save a trifle.

Free things are never free - they come with strings attached, no matter how trivial.  And it is odd, isn't it?  I mean, we cannot bring ourselves to throw away a free thing, even though it cost us nothing.