FUD and the Electric Car 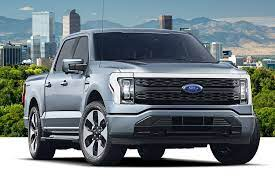 Change is scary, but spreading Fear, Uncertainty, and Doubt (FUD) doesn't help much.

A reader sends me a link to an alarmist article claiming that the electric car is a non-starter because there is no infrastructure to recycle lithium-ion batteries.  Oh me!  Oh my!  Clutch your pearls, ladies, the world is coming to an end!

Of course, the article is a plant from the oil industry, who suddenly is jumping on the eco-bandwagon and petitioning for recycling.  The same people who brought you global warming (oh, right, that doesn't exist) are now concerned - so deeply, deeply concerned - that there may not be a way to recycle Lithium-Ion car batteries.  The folks who bought you the Deepwater Horizon are concerned about the planet!  All I can say is, thank God Exxon (Valdez) is looking out for our best interests!

An interesting aside, our reader uses the weak-thinking technique of conspiracy theorists  (and trolls) everywhere.  "I'm right, but I don't have to prove it so! Unless you can prove me wrong, then I'm right!"  It is a classic power-shifting move, putting the onus on the rest of us to prove that the world isn't flat, that vaccines don't cause autism, or in this case, that an infrastructure for recycling millions of automotive lithium-ion batteries already exists - with the premise, of course, that it should already exist.

The reason why there are not huge lithium-ion battery recycling centers in the United States is twofold. First, electric cars only make up a small percentage of overall sales in the USA - so far.  So there are not a lot of electric cars on the road - yet.  Second, the damn things never wear out - or at least they take a long time to do so.   I recall a Car&Driver test a few years back where they compared a ten-year-old Prius to a new one, and found that the batteries had degraded only about 5% or so.  The batteries would outlast the car.

Yet, I hear pontification from blow-hard self-appointed "car guys" who claim that batteries in an electric car last "only three to five years" and cost $20,000 to replace (!!).  This is just bullshit.  It is just FUD.

So no, there isn't a huge infrastructure extant to recycle lithium-ion car batteries.  Why would there be?  They would have nothing to recycle - yet - and likely wouldn't for a decade or more.

Actually, if you go on eBay, you will see used Lithium-Ion battery packs from Chevy Bolts and other cars, for use in golf carts.  Cars get into wrecks and people buy the wrecks and part them out.  So in the unlikely event you "wear out" your battery pack, you can buy a new (used) one pretty cheaply from a wrecked car.  But again, most will not wear out, provided you don't do something dumb like run the batteries to empty all the time - but again, most electric cars (or indeed, even electric drills) are programmed to shut down before battery damage occurs.  Most battery packs will outlast the cars they are in.

If and when electric or hybrid cars (and trucks) dominate the landscape, there will be - about ten years later - and industry to recover and recycle or otherwise safely dispose of these things.  The reason why such recycling centers don't exist today is that they would have nothing to do, other than recycle occasional laptop batteries.

And already, some, such as Tesla, are proposing using "used" Lithium-Ion battery packs from junked cars as home power centers, to store solar power for nighttime use.  Even with degraded capacity over time, they may still provide another decade of service for stationary uses.

Recycling cars in general is an environmental nightmare today.  Cars are more and more made of plastic and other non-ferrous materials.  You have to separate the plastic from the metal, and this is getting harder and harder to do.  I am sure an all-aluminum (body) F150 will be desirable from a recycling standpoint, as you could make a lot of beer cans from a wrecked F150 (from whence it came!).

Speaking of which, my neighbor just bought a 2021 F150 Platinum hybrid, and he was showing it off to me.  It makes my 2016 King Ranch look like a Model-T Ford.  Not only are the appointments nicer, the screens larger, the number of cameras greater, and the toys and features more numerous, the truck also doubles as a 7.5KW generator - enough to power a small house or a large camper.  And it has a huge Lithium-Ion battery nestled between the frame rails.   A real technological tour-de-force.  But next year, they are supposed to introduce the all-electric Lightning, which oddly enough, will be a much simpler design.   Once you chuck the IC engine, the whole thing gets simpler, not more complex.

But hey, I guess the Automotive Engineers at Ford, GM, Stellantis, BMW, Mercedes, Toyota, Honda, and so on are all blithering idiots who have been seduced by Ms. AOC's "New Green Deal" and are going to drive the world car market bankrupt!  Thank God some English major writing for a car magazine can set us all straight!

Perhaps the hard-core will be convinced when an electric car wins the Indy 500 or NASCAR - if they change the rules to allow it.  Think about it - no stopping for fuel.  It could be done, perhaps even with today's technology.  My neighbor's hybrid not only makes more horsepower than my truck (from the same displacement) but when you add in the electric motors, it makes more than 430 HP.    It ain't hard to do, when you generate maximum torque at zero RPM.

Another neighbor has a Hellcat, which is an interesting car to own on an island where the speed limit maxes out at 35 mph (and is 15-25 in many places).  I sold the M Roadster when I finally figured this out - and bought a golf cart instead.  But as scary-fast as the Hellcat is, a Tesla Model S can leave it in the dust.

Once the rednecks realize you don't have to make a lot of noise to make a lot of horsepower, minds may change.  But then again, so many "old school" types I know are still mourning the death of the carburetor, even as Edelbrock sells a plug-and-play bolt-in electronic fuel injection alternative - that is cheaper, faster, and more efficient.

And therein lies the rub.  We have people spreading FUD about electronic fuel injection, when that technology - introduced in the late 1970's by Bosch - is already on its way out.  I mean, what's next?  Pining for the days of dial telephones?

Hey, I get it.  I'm as much a Luddite as the next guy.  I want my world to freeze-frame circa 1990 or so, before 9/11, before Qanon, before Donald Trump was anything more than a failed real estate developer. It was all so much simpler then - reading OBD II codes with a "code reader" and replacing one of the half-dozen or so components that might wear out on a car of that era.

Today?  It keeps getting more complex.  But that is the nature of the beast. Henry Ford railed against newfangled inventions like independent front suspensions, hydraulic brakes, and so on.  I am sure he would have been against the automatic transmission, had he lived so long.

It is akin to old Thomas Edison - a friend and neighbor of Ford from Ft. Meyers.  Edison didn't see the need for this fancy AC current, particularly as his company was invested in a panoply of local DC powerplants across the east coast (my Mother recalls having DC power in Boston during the war.  To run their record player, they had a "converter" on the fire escape - a DC electric motor running an AC alternator).  Edison, like Ford, fought the future.  Who won?

Computers are so much more complex today than in the past.  The phone you hold in your hand has a faster processor and more storage than the "Cray Supercomputer" of my youth.  256-bit encryption!  No one will ever crack that, right?   Yes, it was fun to build your own computer, and install a 40MB hard drive and run programs in DOS.  You knew every file on your hard drive back then. And when you wanted to shut the thing off, you hit the power switch.  Life was simpler back then - but not necessarily better.

Pining for the "Good Old Days" and spreading FUD about the future is a non-starter.  It just means you are left on the sidelines as the world moves on.   I have no time for FUD.

And no time for FUD people.

The future will happen with or without our consent.  Spreading rumors and lies may, at best, delay the future by a few years.  It won't prevent it from happening.

Electric vehicles are already superior to gas vehicles in many respects and keep improving over time.  The IC engine, in contrast, while much improved, is running up against the laws of physics.  Even with turbocharging, fuel injection, variable valve timing, cylinder shut-off, stop-start, and a host of other technologies (making the engines staggeringly complex!) there reaches an end point where even sharp Engineers can squeeze out only so much more.

Things like charging stations and battery recycling will sort themselves out - as demand increases and the number of cars increases.  They installed charging stations all over our little island as part of the effort to sell our environmental friendliness.   For years, you rarely saw an electric car plugged into any of them.  Today, every single one is taken, on any given weekend.

We are on the brink of a brave new world.  It is a shame that some people - a lot of people - want to drag us back into the abyss, convinced that the "good old days" of pollution, discrimination, misogyny, and yes, even slavery, were better than today.

Will I ever own an electric car?  If I live another decade or so.  Although, quite frankly, I suspect I will not even own such a (self-driving) car, but hire it from my cell phone, which will be handy, as I will be too old to drive by then (this future seems pretty keen to me, quite frankly - drunk driving will be a thing of the past, and the fear of the elderly of "losing your license" or "driving at night" will be gone.)

I already own many electric rechargeable tools.  My neighbors have Lithium-Ion lawn mowers, some even robotic.  I suspect that my Honda is the last gas-engine lawn mower I will ever own.  And this is progress, too!  Electric car?  Maybe not today.  Maybe not tomorrow - but inevitably.

Fear not progress!  Embrace it, as it is inevitable.  Be on the leading edge of the herd, where the grass is fresh and green.  On the trailing edge, it is all trampled-down and pooped-upon.