Life Lessons From The Lobster Shack 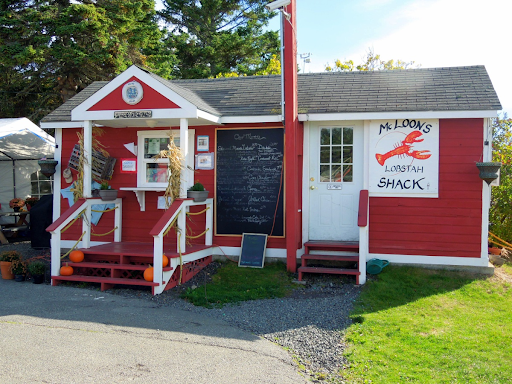 You can learn a lot, waiting in line at the Lobster Shack.

On our way to Harrington, Maine, Mark says he wants to have a lobster roll at a local Lobster Shack by the road. We pull into the church next door and park the camper and I get in line to order the lobster rolls.

Maine is in the middle of a lobster shortage, which to me smacks of these artificial shortages created because of the pandemic. A lot of people are vacationing this year which is driving up demand. But when I go to the Lobster Pound, it seems like they're pulling an awful lot of lobsters out of the ocean. But good for the lobstermen - only a few years ago they were getting a few bucks a pound or less for their lobsters, and today they're getting $10 or more.

Anyway, there was a line about four deep to order. So while I was waiting in line I read the entire menu, three times. Meanwhile, the people ahead of me were just chatting or staring off into space or were looking at their phones. When they got to the head of the line they did the classic, "I'll have ahh... ahh.... ahh...!"

They had 20 minutes (or more!) to figure out what they wanted order but decided to wait till they were at the head of the line before they even bothered to look at the menu.  Even worse are families, where Dad, after dilly-dallying about his order, says to the distracted children, "Hey kids, what do you want?"   I mean, he could have asked that question when they got into line 20 minutes ago, right?

Hell is other people.

I noted this problem before - people wait in line for an hour for something, and when they finally get to the head of the line, they decide they are Queen For The Day! and make a huge deal about their order, which is why I never set foot in a Starbucks.  You would think - you would think, anyway - that after waiting so long in line, that people would be courteous to the folks behind them in line by having their order choices ready when it was their turn.  Yet human nature being what it is, it seems the opposite is true.

I wonder if this effect is reversible.  In other words, if there was no one in line, do people have their orders ready and don't dilly-dally as much?   It would be an interesting thing to study!  In other words, once a line forms, it gets longer and longer, because people take longer to order, subconsciously jamming up the works.

But that's not what this posting is about.

This experience got me to thinking, which is always a dangerous pastime.  Readers have chastised me for considering, at age 61, living in an "Over 55" community or checking out retirement home options.  I'm too young for such things! they argue.  That sort of thing is for people over 80, which is, of course, why they call them "Over-55" communities.  Sarcasm light is lit.

It struck me that this line at the lobster shack was a metaphor for how many people live their lives. They don't think about their future or possible future plans, but wait until the very last minute before making a decision, and often making a bad decision as a result.  It is a form of passive-aggression, I guess, to not make plans, and then let shit happen and force other people to make decisions for you later on.  But the main thing is, it ends up causing you to make bad choices, at critical points in your life.

We spend a lot of time talking about future plans. Most of them never work out, or our situation changes and the plans become unworkable. But we think about our options and ideas and things we'd like to do. And maybe that's half the fun, dreaming about possible future ideas and realizing that we have a future and we have options.

For example, when we bought our house in Alexandria, we realized that the land was worth more than the house.  "Someday," we said, "someone will knock on our door and offer us a pile of money for the place, and we'll sell!"   And 20 years later, that happened, and we sold - without hesitation - because we had thought about this before.  Others were caught flat-footed and hemmed and hawed and were flummoxed as to what to do.  They never thought it would happen!

Trapped in the paralysis of the present, people see only what's going on in front of them and never think about where their life is headed. So, when life changes occur, such as getting older and infirm, they have to make some very hard choices in a very short period of time, because the idea of getting old and infirm never occured to them.  Hey, that is something that happens to other people, like Grandma, right?  And death?  That would never happen "but for" some horrible event.  After all, the people on the television pitch it to us like that.

Funny thing though, if you ask these same people what they would do if they won the lottery, they have detailed plans in their heads as to what they would do.  New Corvette!  Trip to Disney!  Cruise around the world!  New cars for all their friends!  Wa-hoo!  They have detailed plans for some long-shot payoff that will never happen, but no plans whatsoever for the great inevitable.  Funny thing, that!

We love to talk and make plans, even if 90% of them never work out.  We look at boats or houses or RVs and stuff, realizing that it likely never will happen.  But sometimes it does.  Our current trailer, well, we looked at that online for years before we bought it.  Like I said, when we bought the Nissan tuck, we had looked at it for five years.  When the time came to sell the X5, well, we had an idea what to buy.  Other people walk into a car dealer and say, "here's my checkbook - sell me the biggest lemon on the lot!"

This is not to say we always plan things out.   Nor is planning always a good thing - spontaneity is also something worthwhile.  Yes, it is fun to spontaneously go on a picnic.  Not so sure it is a good idea to buy a house or car on the spur-of-the-moment.  On the other hand, if opportunity knocks, it pays to be flexible.  But often, you don't recognize opportunity unless you've thought about things a long time beforehand.

When we bought Duke Street, we knew it was an opportunity only because we had been looking at real estate for years.  We knew the market and knew it was a "steal" of a deal.  So what seemed like a spontaneous purchase was, in fact, well-planned in advance.  I had, for years, dreamed of having my own law practice in Old Town, in an historic (well, sort of) row house.  Several years later, the dream came true.  It wouldn't have happened if I hadn't dreamt it.

But note, the converse is not true.  Just because you dream of something doesn't mean it will happen.  You have to put the dream into action.

That being said, it is not only OK to dream, but a good idea to do so - realizing that not all of your dreams will come true, of course, or if they do, maybe they won't be exactly as you thought they would be like - at which point, it is OK to change your mind and pursue another dream. In fact, "hanging on" to a dream after it turns into a nightmare is just another form of stasis or passive-aggressiveness.  Move on to the next dream - there is always another one, or should be.

But some folks don't get this.  I've always done this, so I need to keep doing it.  Making different plans or planning for the future?  Nah.  Just stay where you are, live for the moment.  You can always figure out what to order when its your turn at the head of the line, right?