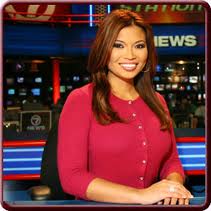 The nightly news is entertainment, not information.  Don't confuse the two!


Ten years after the Columbine massacre, the television news reports to us that, well, everything they've reported to us over the last ten years about that "story" was, um, wrong.   The story about two Goth teens in the "Trench-coat Mafia" who were bullied by "jocks" and out to get "Christians" was, well, wrong.   No such "Trench-coat Mafia" existed at the time, the two kids were not members of it, they were not "Goth" freaks, they were not bullied, and they did not single out any specific person or group.  Rather, they were just two mentally ill people with guns.  Not a very exciting story is it? Just tragic.

Yet most of us believe the other story - the made-up one, as it has a lot of "hooks" in it.  It was sold to us by the media, and we bought it.  Why is this?

As I noted in my other articles, "Kill Your Television", "They're BAITING you!" and "Emotional Vampires", the television is the largest source of time-wasting and squandering of emotional energy in most people's lives.  And it was designed this way.  Turning it OFF is the best way you can improve your life and finances.   Energy, both physical and emotional, drained away from you by up-to-the-minute news watching represents a real financial drain on your life as well.   The energy you squander watching the "news" can be better spent improving your life.

When I told my neighbors and friends I gave up watching television, many of them were aghast. "How will you keep up with the NEWS?" they asked. To them, watching the "nightly news" was the most important part of their day, as they needed to "stay informed" as to "what was going on".

But as the Columbine example illustrates, the late-breaking news stories are often the least accurate and thus a highly suspect source of information.   Moreover, knowing what is going on at this very minute is often not useful information.  If you are a sailor on a tanker in the Gulf, knowing about a pirate incident is probably useful information.  But if you are a housewife in Idaho, the odds of a pirate attack for you are slim.  So why do we want to know what is going on "right now"?

To some extent, this was not always the case. Before the "News" there was something called JOURNALISM.  As its name implies, Journalism was more of a sedate profession, where one could write long and reflective articles on a subject.  Many great authors started out as Journalists, and in fact, back then, most Journalists were not professionals at their trade. The idea of studying Journalism or going to school for it were fairly alien.  Journalists were people who had experiences in life and wrote about them.

Back in the day, most "Newspapers" devoted only a small portion of the paper to "News".  Since constant communication was not the norm, or even physically possible, getting "up to the minute news" was hardly practical or even in demand.  If you read some of the old newspapers from the turn of the Century (the last one, not this one) it will astound you as to how long the articles are, and how complex the vocabulary is.

But television changed all that. And the change occurred, I believe, around 1965. Vietnam was the first "televised war" and every evening, I recall the "body counts" reported, much in the same way we report the Dow Jones Industrial Average.   In financial matters and in wars, the day-to-day fluctuations of the market or battles is not really the indicia of victory or defeat.  As financial advisers keep telling us, you can't time the market, and monitoring the market on a daily basis is of little use to the long-term investor.

Yet with Vietnam we lapped up these nightly stories, which, being only a few minutes in length, often did not give us any real insight as to what was going on. The Tet offensive was a defeat for the North Vietnamese, tactically.  But as reported on the nightly news, it was a victory for them. The compelling images made it out to be more than it was.   Similarly, if you went by the nightly body counts, there was no reason we should have been losing that war.  Every night, it seemed, the stacks of dead VC were piling up - they would HAVE to give up soon, right?  But it didn't work out that way.

Financial news reporting fell into a similar trap. We now monitor the market on a day-to-day basis, often hour-to-hour, or minute-to-minute, and the shouting man screams at you which stocks to buy.   Long term trends, which are far more important and revealing, are often forgotten or played down.  How the Dow did last week is more important.  Such "information" is of little use to the investor, and in fact, gives all the wrong signals to the investor.  As a long-term player (which we all should be) the overall trends are more important.  As a result, we have become a nation of short-term investors and day-traders. How a company does in one quarter is more important than its long-term prospects.  Our economy, fueled by this demand for short term gain, tanked as a result.

In short, there is nothing in the "News" that you need. My neighbor's horror that I would somehow be "uninformed" was unfounded.   In fact. my neighbor is the one who is more likely to be poorly informed by her nightly 22-minute "newscasts" which are full of misinformation, rumor, and "facts" that turn out later to be wrong.  And the stress levels caused by television watching, particularly the "news" can be rather high.  The heart rate increases, but no exercise is done. It is a recipe for a heart attack.

A week after any event, reading about it is often more informative and in-depth. Most of the initial speculation, rumors, and outright lies, have been stripped away and you can find out all you need to know. A month later, you learn even more.   And, as in the case of Columbine, a decade later, we learn the whole story.  When you step back, you learn more - you learn the big picture - and more comes into focus.

The mainstream media isn't going to change its stripes.  The advent of the 24-hour news channel promised an era of more in-depth reporting -taking the 22-minute format of the Nightly News and expanding it to include more in-depth reporting.  The reality is, the 24-hour news channels have ended up just repeating the same 22-minute format over and over again, spicing things up with more short-attention-span theater, such as car chases and plane crashes. We are poorly informed, but "up to the minute" on "what's happening".

Many folks watch this stuff for hours at a time.  And of course, nearly every airport, bar, and lounge plays these 24-hour news channels continuously (often with the sound off). The "news" is not only available to us, it is inflicted on us.   And you can't ignore it.  A television playing in a restaurant is like a small child with a trumpet saying "hey, look at me!  watch me! look here!"  And the reporting is all done at the equivalent of a sixth grade level - dumbed down and stripped of real facts and details.

Since the news channels are not about to change, the only thing you can do is just walk away from it. The latest hostage drama will be resolved without your intervention.   The latest "controversy" will evaporate in a day or two and no one will remember it, anyway.  And you will have all that ENERGY you wasted on "keeping up to the minute" on things that really don't directly affect your life on a day-to-day basis.

READING about events, later on, however, will provide you with real insight into what is going on, and make you a better informed citizen and voter.   It will also provide you with useful information to be a better consumer and to manage your finances better.   Moreover, it will take far less time and cause a lot less stress.

Who knows?  Maybe if enough people do this, the media will see ratings drop and they will change their tune.  I doubt it, though.

In case you don't believe me, even the news organizations consider their shows to be nothing more than "entertainment" that is not to be taken seriously.  Take this Federal Trademark Registration for Fox News, for example: