What the Hell are Sitejabber and Trustpilot? 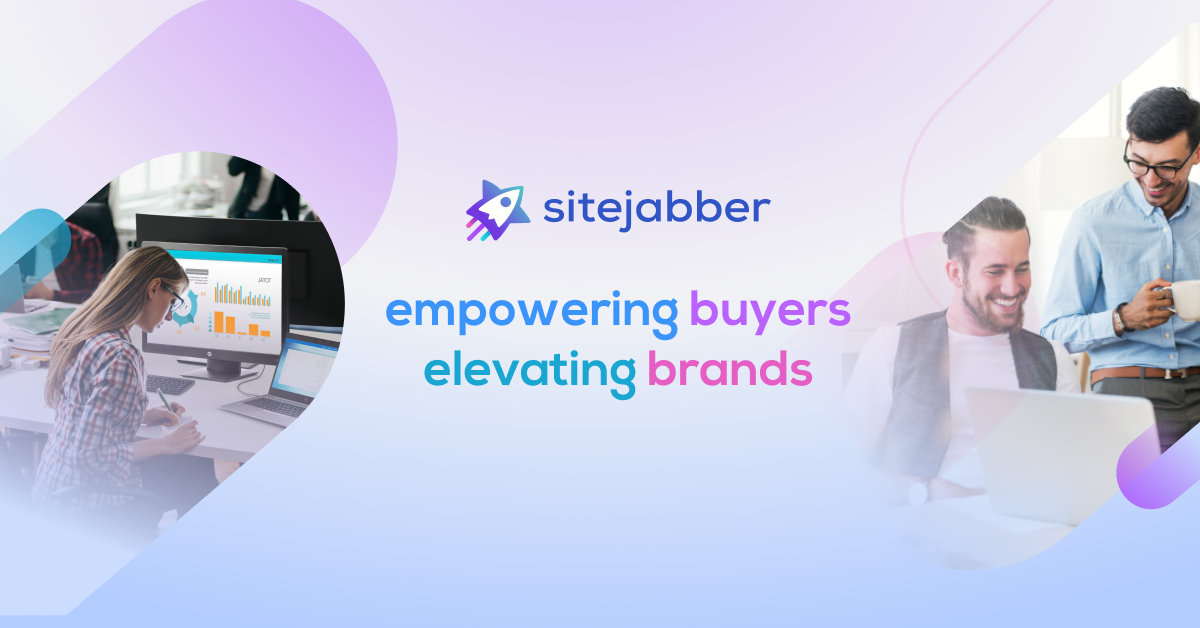 If you buy something online you may get unsolicited emails from companies like Sitejabber and Trustpilot.  I don't suggest you click on them.

I recently ordered some LED lights for the camper. They were out of stock, but the company had a very good price and said they could ship them sometime in April or May.  I told them it was okay and went ahead and ordered them.

Shortly thereafter I received an email from "Sitejabber" asking me if I received my order from EyeBuyDirect and whether I was happy with the glasses I bought there. Once again, this is a third-party site asking me to click on the link if I'd received the product and to contact the merchant if I had not.  This was after I was asked to review the site by "Trustpilot".

Both emails implied at the companies were doing this on behalf of the merchants involved.  But I'm not sure the merchants are directly linked to them.  On the other hand, how did they get my email address?

I declined their generous offer to click on the links. I clicked on a similar link for Trustpilot earlier with regard to EyeBuyDirect - so maybe that is why I got the e-mail from Sitejabber as well. I left a review on Trustpilot as I was very happy with the glasses.   In retrospect, I probably shouldn't have done that.

Most of the reviews on that site were positive, although some people claim that prices were no longer as competitive as they used to be. And a lot of people who ordered in January and February were complaining the glasses were delayed, although apparently they didn't realize there was a virus going on in the Wuhan District of China, which probably caused the delay.

Getting two emails in a row like this kind of creeped me out. And I realized I was being manipulated by these third-party sites. As I noted before, whenever you get into any kind of business relationship predicated on the LIE, no matter how trivial the LIE is, it can only go downhill from there. And both of these recent emails implied that they were somehow affiliated with the merchants involved and that somehow by clicking on these links I was confirming receipt of the items in question, when in fact they were leading me to a review site to leave a review for the product and merchant.

I had a bad experience with one of these review sites before.  I had bought some Yakima racks online, and at the end of the ordering process they asked me to go to a survey site.  The people on the phone were very helpful and I thought I was being nice by leaving a good review which would reflect well on the salesperson.

But when I clicked on the review site, it turned out to be a scam. They wanted my opinions, of course, but they implied I was signed up for some sort of drawing for a prize, the caveat being that I had to sign up for some magazine subscriptions with a negative option deal. I quickly noped out of that.

Online review sites are problematic, and leaving online reviews is problematic as well.   To begin with, what marketers want to do is co-opt word of mouth.  It is the best selling tool in the world, and if you can control it and direct it, you can rule the world.  And you can control word-of-mouth if you selectively post or remove reviews, or blackmail merchants by forcing them to sign up for your "service" by subtly threatening to post only negative reviews until they pay you a lot of money.

These review sites are not charity - they are not doing this out of goodwill.  They want to make money and lots of it.   And by leaving reviews, we think we are being helpful, but in reality are just pawns in someone else's game.

Review sites and reviews can have other, nefarious goals besides negative-option magazine subscriptions or merchant blackmail. - not that they always succeed in these schemes.   Amazon and eBay often ask me to "review" a product I bought, or "answer a question" from another user.   The point isn't to provide a review, but to get me to engage the site.   Leave a review - and before you leave, have you thought about buying THIS???

In other words, they just use "reviews" as a way of roping you back in, hoping you buy, hoping you spend.   And most people do just that.  It is human nature, and they are manipulating us.

As I noted before, online reviews are always suspect.   Positive reviews with little more than five stars and "great product or service!" comments are probably put-up jobs.   When the remainder of the reviews are one-star rants about lousy service, broken products, and broken promises, you can sort of parse out what is going on - the merchant is gaming the system by having phony accounts laud them. You can literally pay people online to promote your products.  Don't believe me?   This lady gets free merchandise for reviewing things on Amazon.  Others are paid directly in cash.

Even if they aren't paid shills (or claim not to be) online reviews can be of marginal quality.  This lady reviewed dozens of books a day on Amazon and is - and always left positive reviews!  Hard to get any valid data from a reviewer who says every book is "fabulous" - right?

The problem with word-of-mouth is you have to know who the mouth is.  The opinions of a paid "mouthpiece" are worthless.  The opinions of a clueless reviewer are similarly suspect.  When I get a recommendation from a friend of mine about which doctor to use, or what medicine to take, I give that advice great weight, as she was a nurse for many years.   I don't ask her for advice on car repair, though.   Similarly, I don't give much weight to medical advice from friends of mine who are hypochondriacs.

Advice from strangers carries even less weight.   I went to Eyebuydirect because I met a young man at a campground who had a nice looking pair of glasses.  "Cool glasses," I said, "Wheredja get them?"   And the rest is history.  I took his advice only because I saw the product and he described his experience - and he seemed pretty astute.  The fact that it wasn't a major purchase also was a factor.  I would have been less likely to take his advice about a new central air conditioning system, for example.

But advice from someone you don't know online on a survey site?   Someone who might not even be a real person, but a bot or some foreigner paid to SPAM survey sites?   There really is no "word-of-mouth" there at all.

One other problem with reviews is that people are motivated to give negative reviews and less motivated to give positive ones.   Netflix used to have a "five star" type system with written reviews.  They trashed this and replaced it with a Facebook-like "thumbs up" or "thumbs down" voting system.  Turns out most people were motivated only to leave bad reviews, and much of Netflix's inventory of videos had three stars or less - not much of a good selling point!

Many review sites - such as Trustpilot and Sitejabber - want you to leave reviews immediately after you bought the product, when in fact, your satisfaction may not really be measured for months or years.   The day you buy a new car, you may be euphoric.  The day the engine seizes - two months out of warranty - you may be less than impressed.

But of course, it leaves the question, how do you decide what products to purchase and which merchants to use?  And it is a question as old as the hills.   Trademark law was created, in part, to solve this problem.   While many people think Trademarks are the business of buying and selling words (sadly, even some Trademark Attorneys think this!) the real reason they exist is to "mark" a product so that people can determine its source - and its quality.   A merchant can built up "goodwill" associated with the mark - a reputation - and then trade based on that reputation.

Sadly, Trademark law has been stood on its head in recent years, as people buy little more than the marks themselves.  In seeking status, people pine for a product with the correct mark on it.  A $2 baseball cap made for 50 cents in Vietnam is sold for $20 in the United States, only because it says "Aeropostal" on the front.    Later on, of course, it sells for ten cents in a garage sale - revealing its true value.

It is harder to feel sorry for those sort of merchants - who are selling status alone, and not quality or durability or reputation for same.  They whine and bitch about "counterfeit" products, but there really is no reputation they are protecting - no "goodwill" associated with the product or merchant, merely status.  Those sort of folks deserve to be ripped-off.   But I digress.

I am not sure what the answer is, only that "reviews" online are not it.   They are all-too-easy to be shilled, spammed, and manipulated, by the review sites, the merchants, or even competitors.  Even legitimate reviews can be suspect, as the people reviewing the product may be unreasonable or ignorant.

Maybe someone will invent a better way to review products and merchants.   But until then, I am not sure online reviews are worth much - if anything at all.
Newer Post Older Post Home