Your Roof And You 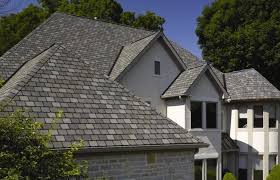 Eventually, your roof will have to be replaced.  And like an old dog, it will tell you when it's time has come.


I mentioned before we went to Home Depot for some roofing repair items.   We are hoping to fix a small leak in the roof and forestall replacing the entire roof for a year or so.  I suspect it is an exercise in futility.  Besides, in the coming months, there will be a lot of unemployed home repair folks who might be desperate for work - and a roof might be cheaper then, than in five years.

When we built our first screened room, the company did it for the astoundingly small amount of $5000.   It was 2008 and no one had any work.  Several years later, I called the same company to get them to screen in the porch on Mark's studio, and they wanted $8000 for that (!!).  I told them they built the existing screen room - walls and roof and all - for five grand, and the salesman flat-out accused me of lying.    If built today, the same screen porch would be well over $10,000!

In desperate times, people will do anything to put food on the table.  If you have money, a recession isn't so bad - in fact, you end up getting bargains on everything from houses, to cars, to food, to repair work, to stocks and bonds - to whatever.   If you have money, that is.    Most people don't.

We've lived in this house for 14 years now.    As I noted before, just about everything in your home - or indeed, your life - has a design life of about 15 years.   Again, there is a bell curve (no relation) distribution on this - some items fail early on, others may last for decades (although it is not likely).  And the Weibull curve comes into play - many things either fail early on (infant mortality) or at the end of their design life.

Home appliances - designed for 15 years.   This includes your air conditioner, refrigerator, stove, hot water heater, furnace, washer, dryer, dishwasher, disposal, and whatever else you've burdened yourself with.  Some may fail early, some may fail late.  All will fail.  The more basic an appliance is, the longer it tends to last.   A simple refrigerator or washer without all the frills will tend to last decades, unless you move it a lot.   A complicated refrigerator or washer will have some weird failure mode and cost more to repair than it is worth.   Complex technology goes to the junkyard more quickly than simple stuff.

You see a lot of old Camrys on the road - 20 years old and older.  Old BMWs and Mercedes go the junkyard when their replacement tires cost more than than the resale value of the car.   Back when I was a kid, the same was true.  A six-cylinder 3-speed-on-the-column Chevy Biscayne would soldier on, when a "fully loaded" Cadillac had rusted out - all that gaudy trim back then meant more holes in the body work, and often this was where rust formed.

Roofs are about the same.   The simplest roof of all looks like the one on a Monopoly piece - just two sides, joined at like an inverted "V" at the top.    Once you start adding valleys and other features - dormers, skylights, and whatnot, it gets more complicated and more likely to leak.  The more things penetrating the roof - pipes, vents, and whatnot, the worse off you are.  The more ridges, valleys, and separate roof structures, the more problems you may have and the more expensive it is to replace.

I make fun of what I call "rich people's roofs" which are not really on rich people's houses, but on houses that folks who think they are rich have - the strivers who want a mini-mansion that looks expensive, but isn't - and looks just like the mini-mansion next door.  These roofs (such as the one shown above) have a steep pitch, which emulates the castles in Germany - where snowfall favors such pitches.   In the sunny South, however, they make less sense, and since it is harder to shingle a steeply pitched roof, roofers charge a lot more to shingle them (they have to install scaffolding and use safety harnesses, lest they fall off.  A more shallow-pitched roof doesn't require this).

So, the fancier the roof, the more expensive it is to replace.   Something to think about before you buy a fancy house.  Unlike cars, though, the more you spend on the roof, in general, the longer it is likely to last.   Most ordinary asphalt shingles come in 15-year and 30-year varieties (guess which kind the developer or house-flipper uses?).   Metal roofs can last decades, if properly installed - but cost a lot more.  Slate or tile roofs can last a century - if properly cared for - but cost far, far more to install, and are very brittle and subject to storm damage and damage from falling limbs.

Installing shingles is an interesting conundrum.   Some roofers will suggest you just put a new layer of shingles over the old - which is considered appropriate, provided you fix any existing leaks and repair and rotted wood underneath.   Some roofers may go to as many as three layers of shingles, which starts to make a roof look "chubby" after a while.  The weight of all these shingles becomes an issue as well, as the roof is only designed to hold up so much weight.

My gut reaction is to remove old shingles and start over - it costs more, but results in a better-looking roof.  Also, it gives you the chance to look for hidden roof damage.  Water leaks can cause wood rot, which sound dramatic (and some roofers make it seem so) but the reality is, all this means is cutting away some pieces of wood (usually plywood) and replacing them with new pieces, which takes less than an hour to do.

Why do roofs fail?  A number of reasons.   First, it can be a result of poor installation of the roof.  If the shingles are not properly installed, the flashing properly done, the seals around pipe vents and roof vents done well, or the valleys properly pitched, leaks can form.   Our current leak is at the very edge of the roof (the soffit) which overhangs the house.  So the water is, fortunately, leaking outside the house, which is one reason we never noticed it.   Gutters are not popular down here (you'd be cleaning them every week if you had them!) and when it rains, the water drips off the edge of the roof.  When you look outside, it is hard to tell if the water is dripping off the inside of the roof or the outside.  It was only a stain that showed that the soffit was starting to rot.  I have to replace about two feet of soffit board and maybe a 12" x 18" piece of 3/4" plywood.

To do this, I have to carefully peel up the shingles and remove the nails for the last row - about three shingles in all, and then cut away the rotted boards (thank you, battery-operated Sawzall!) and then screwgun in some new wood.   Once I replace the shingles, then I have to re-install the vinyl/aluminum siding over the soffit and we're back in business - for the time being.

The problem is, shingles get brittle with time, and I already notice some have cracked in places.  Tree branches fall on the roof and crack the shingles.   And when I carefully peel back the old shingles, there is a chance I may crack those as well.  Not a "chance" but a certainty.  Which is why when you see someone try to replace just one shingle, they end up replacing a half-dozen of them.  And even if you have "matching" shingles leftover from the last roofing job, the color will be different, as the ones on the roof will have faded and discolored over time.

Given how brittle our shingles now are, and that they are 14 years old, I suspect a new roof will be in the offing soon.  Do we go with metal, or back to shingles?  15-year or 30-year?   One problem with a metal roof is that you can't stand on it without slipping off or denting the metal.  We have to blow/sweep off our roof pretty regularly (less so, now that a few offending trees are gone) otherwise pine needles and stuff accumulate on it.  These not only discolor the roof, they allow moisture to puddle which wicks up the shingles and causes yet more leaks.

If you let it go long enough, this forms a soil-like compost on your roof, and eventually moss and lichens take hold, and then seedlings and small plants.   You could end up with a tree growing up there, no kidding!

Our roof is not too complex - but it does have two valleys, and is a "hip roof" so it has multiple seams.  There are a four drain vents for the plumbing, two "whirligig" vents, as well as a chimney.  Each is a potential source of leaks.  Speaking of those drain vents, our "slow drain" problems went away when I put old soup cans over those (making a hole in the bottom with a nail).   Pine needles fall into these, and squirrels have been known to drop acorns down them.  Once clogged, your drain might not drain so well, as without the vent, this "suction" action occurs.  If you want to get fancy, they sell vent covers at the home improvement store.

Ridge vents are all the rage (featured on This Old House many years ago). They replace electric vents or whirligigs and tend to leak a lot less.  Electric attic fans, by the way, can be problematic.  They are triggered by a thermostat, and if a fire breaks out in the attic, they turn on and fan the flames.  And often the source of the fire could be.... the attic fan.    The ridge vent is pretty simple - you take your circular saw and cut out the very top ridge of the roof and then nail this ridge piece in place and shingle.   Air coming in from the soffits (which should be vented) then travels up the roof.  By the way, in removing the soffit cover, I realized an over-zealous previous owner had put a second layer of insulation in the attic - which is fine and all, but he put it all the way to the soffit, blocking airflow.  Fortunately, I can push this back out of the way.  Proper ventilation in an attic is important.

Our goal is to repair the damaged wood for the time being, and repair the roof so it no longer leaks (I am wondering, however, how many other leaks there are that I haven't noticed - when the water leaks at the edge, it is hard to see!).   But in the next five years - perhaps less, likely less - we will be shopping around for a new roof.

Owning a home - what fun!   And this is hardly the first roof I've put on a house.  In fact, I think it is roof number four at this point - one on the duplex, one on Washington Road (so glad I used 30-year shingles there - it was bulldozed after five!), and a metal roof on the farm.   Ready for roof number four.

Of course, you can't escape this, even with a condo - particularly with a condo.  The owners of the "hotel condos" here on the island are freaking out because they have a $40,000 assessment for new roofs and siding.   It sounds like a lot of money, but these things don't come cheap, to be sure.   Just because you don't own the roof, doesn't mean you aren't paying for it - even if you are a renter.

Maybe, in the future, I will just live in a simple shack with a simple inverted "V" roof, with no overhanging trees.   Life would be sweet.