The Risk of Re-Infection 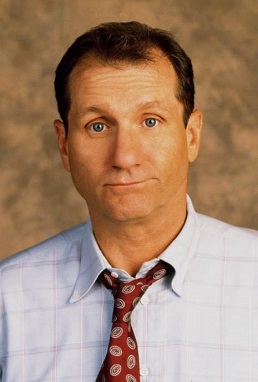 Is quarantine the ultimate solution to this virus?

The "point" of these rugged individualists was that the whole virus thing was hooey and some sort of government conspiracy - or, failing, that, that the best thing to do was to let everyone get the virus, let God sort it out, and the survivors would then be immune.   By the way, the term "government conspiracy" is sort of an oxymoron, or at least, redundant.  Governments don't conspire - they govern.  A conspiracy is an action by a group of actors, the government is a single actor.  The government doesn't need to conspire to do anything, it just does.

Bundy's argument, though, is an interesting one.  In a way, he has a perverse point.  One way to "cure" this virus is to let everyone get it and once everyone has it, those who survive will be immune and life will go on as before.  Cold comfort for those who die, of course, but before the advent of modern medicine, that is pretty much how these things played out, for the most part. But of course, with even a 3% fatality rate, we are talking about nine million dead just in the United States, in a matter of months, if we followed Dr. Bundy's prescription.

Quarantining an entire population is, of course, another solution - one that is more humane, but doesn't immunize the population against re-infection in the future.

Meanwhile in New Zealand, they have this virus under control - very few infections and fewer deaths, as they have "locked down" the entire country.   It sounds really good in the abstract, but it leaves a lot of questions to be answered - mainly, what happens when this is all over?  Or will it ever be over?

New Zealand relies heavily on tourism to support its economy.  As many people visit New Zealand as tourists every year as live there.   So in order for their economy to survive, at some point, they are going to have to let an awful lot of people back to their country.  Since they have done such a good job of quarantining the population, few of the citizens will have any immunity to this virus.

However, it is almost certain that no matter how carefully you screen people at the airport or the cruise ship terminal, someone will arrive carrying the virus. Unless they can live in perpetual quarantine, this will tear through the population of un-infected Kiwis.  Granted, 95% or more will survive.  But eventually, everyone will be exposed to the virus, in one form or another, if not now, then tomorrow, or the day after.

Until some vaccine is developed to immunize people from this virus, isolation, quarantine, and lockdowns are really just stop-gap measures.  Eventually, once all these uninfected people come out of hiding and return to "normal life" the entire thing could start over again.

We are already seeing this in China.  As lockdown restrictions are lifted, people are travelling again - from overseas even - and bringing the virus back to where it all started.  Outbreaks could occur again, re-infecting a "virgin" population left unexposed during the initial outbreak, due to quarantine.

Worse yet, some reports are coming in that it may be possible to be re-infected with the virus, or that the virus may remain dormant and then re-emerge in response to some health issue.   That is a really scary prospect, as this sounds more like HIV (which can remain dormant in a body for years, and then be triggered by some health event that sets off the immune system) or even cancer, which can be knocked down again and again with chemotherapy and radiation, only to re-emerge years later, as that one solitary cancer cell that didn't die reproduces and takes over the body.

Well, maybe, maybe not.  This may be another example of scare stories designed to generate clicks - such as the "dead bodies stacked up like cordwood in meat lockers beneath the superdome" that we were treated to after Hurricane Katrina. Or today, with false stories about mass-graves in Central Park.  The "re-infection of cured people" story was published in the Guardian which is a British tabloid, and the LA Times which is an American one.   Alarmist articles sell newspapers - well clicks, anyway.  We'll have to wait-and-see before we start to panic just yet.

But it does raise the prospect that when things get back to "normal" that normal will be a new normal.  And I guess we'll get used to this new normal, over time.


UPDATE:  Some medical experts are saying the incidences that appear to be reinfection are just cases or people haven't completely extinguish the virus from their body and it thus re-emerges.
Newer Post Older Post Home