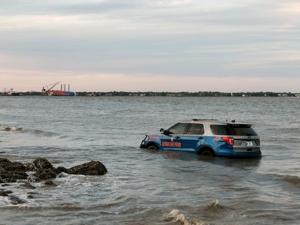 Enough virus panic, already.  Time to get back to real life.


Enough is enough.  I have reached my wit's end on this whole virus thing.  I am tired of reading the "news" and seeing nothing but virus panic news - stories with dramatic headlines that turn out to be overstated or sometimes outright lies.  For example, today it is "America surpasses Italy in virus deaths!" as the death toll in the USA has hit 22,106 whereas Italy is at 19,899 as of yesterday.

And of course, every country in the world is the same size and is equivalent, so comparing death tolls country by country "makes sense" to Newhouse Journalism majors who flunked probability and statistics - or never took the course (it should be required of any journalist!).

Here's the deal - you have to do these things per capita to compare one country to another.  Italy has a population of  about 60 million, America about 330 million.  The per capita  death toll in Italy is 0.00033 or about  0.03% of the population.  Doesn't seem as dramatic, does it?

In America, even moreso.  Our per capita death toll is 0.00006698 or 0.006698% of the population.  Italy's death rate is still over four times that of America's.  But that's not a click-bait headline.  That doesn't alarm people and needlessly panic them.

It is entirely possible that given how this "lockdown" has reduced the crime rate and dramatically reduced the accidental death rate, we may not even see an increase in death rate in the USA in 2020.  even worst case scenario, with 250,000 dead, would be an 8.9% increase.  But it likely will be far less than that.

The reality is, the vast majority of people who get this virus recover.  97% it is said, some say perhaps even more.  You may have already had it and not even known.

This is not to say this virus isn't a tragedy.  Losing a loved one is sad - but equally as sad if they are run over crossing the street, get cancer, or just expire from old age, aided by the annual flu season. And yes, hospitals in certain parts of the country are stressed by this, and hospital workers are doing a heroic job.  But those few "hot spots" don't represent what is going on for the vast majority of a nation of hundreds of millions of people.

Oh, but those "hot spots" are where all the mainstream media outlets are located.   Now you know why they are panicked.

20,000 dead sounds like a big number, but it is half the death toll on the highways in one year, or about 0.7% of the 2.8 MILLION people who die in the USA every year.  It is also about half of how many die from colds and the flu every year.  You get old, you get infirm, and a cold or flu takes you out.  That's how it works.  Get used to it, odds are, it may be how you will die - if you are lucky enough to live that long.

The worldwide death toll from this virus so far is still less than 1/7th that of how many people will die of AIDS this year.  Sort of puts things in perspective, don't it?   People are desperate to wear masks.  Too bad we can't persuade them to wear condoms.   Oh, right, that's against their religion.  Silly me.

The media has to stop hyping this. And they have to stop hyping non-existent "toilet paper shortages" that lead to panic buying.  Most of the bad things that are happening are not a result of the virus, but the result of how people behave, and people are getting their normative cues from the media, and the media is being shamefully greedy in going after clickbait headlines designed to shock and panic, but not to inform or educate.  They are making money off our misery!

The reality is, five or ten years from now, we will know what actually happened, and it will put this whole thing in perspective - and maybe we will see that we over-reacted to all of this and that the media got it all wrong - as it did with Katrina or Columbine, or 9/11 or just about everything the media reports on.   Over time, we'll understand the real story, but no one will care, because the media, like a small boy with a toy trumpet, will be blaring some new "crisis" that will be overblown for the sake of ratings.

We are destroying the world economy over.... nothing.  And by world economy, I don't mean some rich guy's Wall Street Portfolio, but the very survival of a lot of poor people worldwide, who suddenly find themselves without a job and no way to buy food.  You think things are bad in the USA?  Look around the world, they are far, far worse off.

But even in this country, there is a lot of economic suffering going on. People are burning through their pitiful savings, running up credit card debt, defaulting on loans, unable to pay the rent, and in some instances, unable to buy food.  Why?  It is worth destroying the well-being of an entire younger generation, just so a few of us old fucks will live a couple of years longer?

Wear a mask, keep your distance, and we can all go back to work tomorrow.   People are going to die, sure.   People die all the time.  You will.  I will.   It is inevitable.  Acting shocked that an 85-year-old with chronic lung and heart problems dies from this virus is stupid - it is no more shocking than them dying from an ordinary cold or flu - which happens every year and kills far more people than this virus has.

And no, young people are not dropping like flies, despite the media cherry-picking stories in order to say, "Hey, this could happen to you, buster!"  Yes, it is sad that anyone dies, but that can't stop us from going on living.

I am also sick of the shaming and damning going on.  Ellen DeGeneres tells a stupid joke that wasn't even funny (the real crime of comedians - not being funny) and people are all over her.  The Prime Minster of Japan makes a video showing him isolating at home - and people shame him for having a nice home (the PM of Japan should live in a hovel?).   Of course, most of these anonymous damning and shaming comments online are from The Russian Internet Research Agency - which is amplifying and expanding on all the "ain't it awful" news being spewed out by the media.

The media then makes a "story" about anonymous comments posted online, which should never, ever be a "source" for any news story, as it is all-too-easy to make up such comments using bots and trolls.  Again, the media isn't helping here - in addition to spreading panic, they are spreading malaise.

I am also sick and tired of people doing weird shit - burning down cell towers, for example.  This is just utter nonsense (and I suspect our friend Mr. Putin and his army of trolls have a hand in this urban legend).

And don't get me started on the vigilantes out there, who not only feel the need to quarantine, but to make sure everyone else is and shaming and damning people on Facebook for going for a walk in the park with their family.   People are the real virus, but sadly, it seems the virus is killing off all the wrong folks.

I am also fed up with elected officials - all falling over each other to show they are "doing something" even if what they are doing is just plain stupid and ineffective.   The beaches are finally back open here, but the police decided to drive their Ford Explorers on the beach to stop people from "congregating" - of which there were none of.   Well, the result is shown above - a Ford Explorer is not a beach buggy, particularly with street tires, and the tides here can come in rather rapidly. (Note tipped-over ship in the background).

(Hint:  Reduce your tire pressure to 15-20 psi before driving on the beach, people!)

The reality of this whole thing is, eventually we will have to go back to work and go back to some semblance of "normal" life.   Whether this is tomorrow or next week or next month doesn't make much of a difference.   Like I said, maybe the "new normal" will mean wearing masks and social distancing for the rest of the summer.   We can't stay locked up forever.

And yes, there will be re-infections in a month or so - this is inevitable, particularly considering that so many people have quarantined and thus the population has acquired no "herd immunity".  The longer we stay locked up, ironically, the worse this will be.

I could see the level of panic we are having today being appropriate if the death rate of this disease was 20% or more.  But it isn't even 10%, or 5% for that matter.  And given how many people are likely infected and never knew it, the death rate may be far lower than we think - perhaps fractional.

But even assuming worse-case-scenarios, this isn't enough to justify destroying people's lives.   I, for one, would not make the trade-off of my life for the ruination of millions.   If a doctor came to me and said, "We can make you live a few years longer, but it will cost millions their jobs and ruination and deprivation for most of the country" I would have to say, "it ain't worth it".  My life versus humanity - I care more about humanity.   After all, I've already had my day in the sun.

We have to make a trade-off, as cruel and heartless as that may sound.  But we make economic trade-offs all the time - putting a dollar value on life every day.  Every time you get behind the wheel of a car, you are risking your life, all for the convenience of getting somewhere faster or being able to live far away from work and shopping.   Every time you smoke a cigarette, drink a beer, or go through the drive-through window at the fast-food place, you are trading off part of your lifespan for a transitory pleasure.

People can shove their damning and shaming up their ass, as far as I am concerned.  The media can get bent, too.  And politicians?  There is a special place in hell for politicos who are using this virus for self-aggrandizement.

I am less afraid of this virus than I am of the government, the media, and my fellow man.

Let's get back to work.  Enough is enough!

Mankind, it seems, is the real virus.