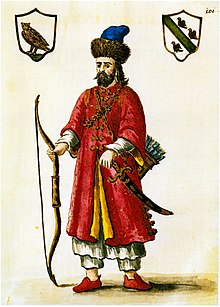 What is the connection between Italy and China all about?


Back in 1269, Marco Polo, the Italian explorer, traveled East to the orient and made contact with one of the oldest civilizations on the planet.  The Chinese welcomed him and Polo brought back Chinese inventions to Italy, such as pasta and gunpowder - or so the story goes.  Trade routes were opened up to the orient, and the rest is history.

Well, a checkered history.  The Chinese government later on became weak, and Western powers, finding new uses for this "gunpowder" invention, managed to colonize China, forcing trade concessions in Hong Kong and Singapore, among other places.  The Opium wars erupted.  The boxer rebellion.  Then Japan decided to try its hand at this colonization thing, and all hell broke loose.  It was only after World War II and the Communist revolution that China clawed its way back to power and self-determination.   With liberalization of its markets after the rapprochement under Nixon, the Chinese economy took off like a rocket, to where it is today.

Prior to then, China was largely isolated from the Western world.  Today, China is exerting influence - economic influence - across the globe.  Its "Belt and Road" initiative, is replacing the silk road of Marco Polo.  The Chinese government is engaging other countries - not militarily, but economically, investing in many industries, encouraging development across the world, and often lending money to various countries to do this.   Our model is to set up an airbase and then sell these countries weapons - something that has accelerated over the last few years.  The carrot versus the stick - maybe China has the right idea, although they seem to be moving to a stick model, themselves.

As a result of this economic development, Chinese people are migrating (along with everyone else) to other countries, including Italy.   Hundreds of thousands of Chinese now live in Italy, and Chinese companies have bought up Italian businesses, particularly high-end leather goods manufacturers, which sell these luxury items in the home country to the new generation of affluent Chinese.  The Italians, aging and struggling with their own economy, are only all too happy to sell out.   This is not a critique - the Chinese are being good capitalists, as we would do.  Except what we do is open an McDonald's in Venice, instead.  Again, who's the idiot here?

But as you might expect, with such a large Chinese population, and an outbreak of a virus in China, Chinese people returning from China were likely the vector that spread the virus to Northern Italy. And with the average age in Italy being seven years higher than China, the mortality rate has been much worse.  Throw in the fact that Italians smoke like chimneys, and you have a perfect storm.

Some crackpot right-wing media sites started making the connection between the virus outbreak in Northern Italy and the influx of Chinese immigrants to that area.  Many discounted this, but now even the New York Times has taken note of it.   And if you google "Chinese immigrants in Italy" you will see there are stories going back several years about this issue.  Some right-wing Italians are not happy about the 350,000 legal immigrants (and some say, just as many illegal ones) and the Chinese themselves complain about discrimination and poor treatment in their new adopted home.

Again, this is just stating facts - it is not "racist" to say this virus originated in China and spread from there.   It is not "racist" to say the Chinese government, which is prone to chronic lying all of the time - and brutal suppression of its own people - has mishandled this crises and by suppressing information until it was embarrassingly obvious what was going on and is partly to blame for the spread of this.   Sadly, in response to this crises, the Chinese government has retreated further into its fantasy land - now blaming the virus as a biological weapon unleashed by the United States and further cracking down on freedoms of their own people.

It is sad, too.  Because the success of China in the last few decades has been a direct result of increased freedoms for its people, its markets, and greater transparency in its government.  As a result of this virus, I think we will see China retreat further and further into paranoia, becoming a very, very large North Korea.  China's military will assume greater power and its military ambitions increase further.  This, in turn, will damage their economy even further, as more market and personal freedoms are curtailed and joint ventures with Western countries are fractured.  It is a downward death spiral - each new piece of bad news will be justification for further retrenchment.

If the 20th Century was "The American Century" then the 21st had the potential to be "The Chinese Century".  But it remains to be seen whether China can continue to grow and expand, while at the same time, reverting to its old, totalitarian ways.