Possible Side Effects of the Corona Virus 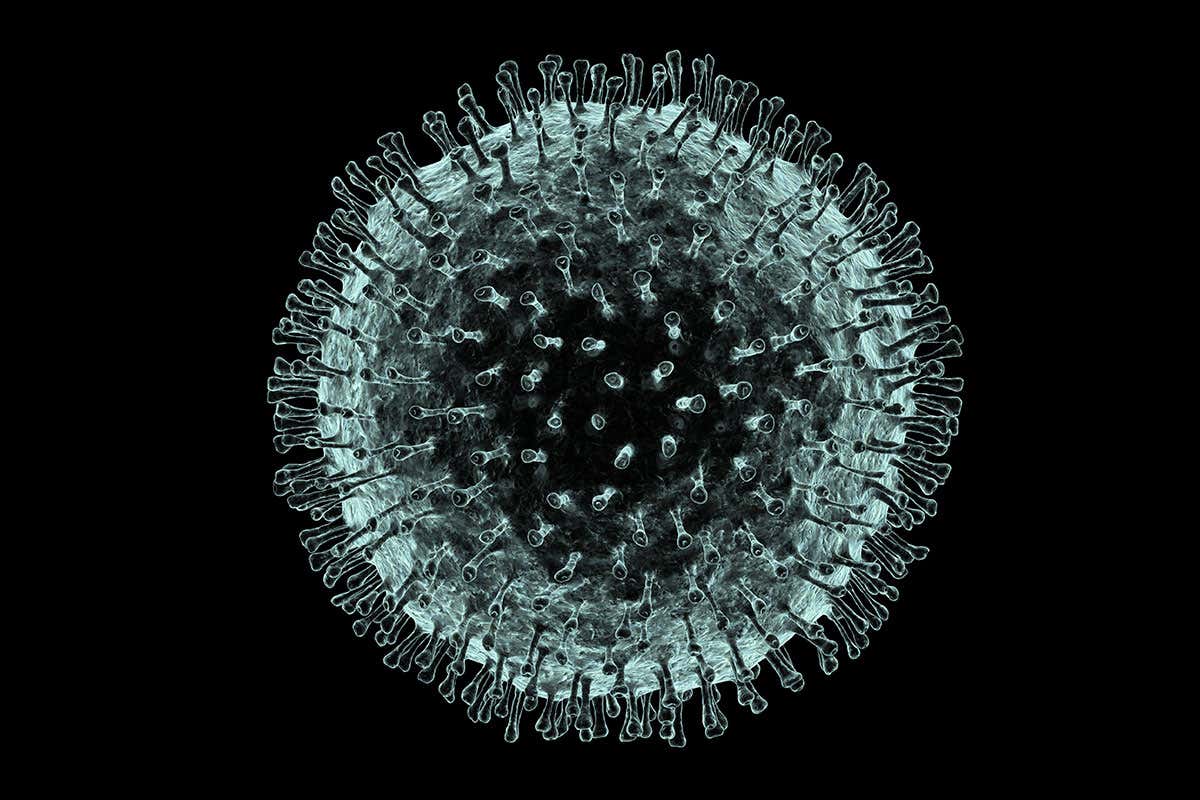 This virus may cause changes to our society that are unexpected.


There will be a lot of side-effects from this Corona Virus, not necessarily medical ones.  It may change our behavior in the future, as well as economics and even global politics.   What sort of things am I talking about?   Well, the following have occurred to me - and others.

1.  Social Security and Medicare saved:  In a worst-case scenario, the Corona Virus could wipe out a substantial number of elderly and infirm people.  The survival rate so far is 97% for the general population, but people with existing health issues, particularly lung and heart issues, as well as the very old (which fall into the same category) are particularly at-risk.  The survival rate in that group is very low - maybe less than 50%,  perhaps even far lower.

The effect of this, as scary as it sounds, is that the unfunded liabilities of Social Security and Medicare could evaporate.  Medicare might take an initial hit, due to the cost of caring for the elderly and infirm, but as people die off, the remaining population would be much healthier and younger, and the funding crisis for these programs could suddenly disappear.

UPDATE:  Don't get your hopes up, millenials!  Baby boomers just refuse to die, it seems. Even in Italy, where the average age is higher than in all of Europe and a whopping seven years higher than China, the mortality rate among the elderly is only about 8% maybe 12-15% if the person has cardiovascular disease.   So the idea of a whole generation kicking the bucket may be overstated.  Don't start spending Mom and Dad's money just yet!

2.  The Population is Healthier:   You wonder why people back in the old days didn't die off in droves.  Well, they did, in part, but also they experienced these epidemics and pandemics periodically, and they did kill off a lot of people.   Folks such as myself wouldn't have lived too long in the era before antibiotics.   An infection would have surely killed me off by age 40 - old enough, however, to reproduce and pass on my frail genes.

This sounds rather crass - talking about human life in dollar and cents terms always is, but needs to be done.   The reality is, that's how evolution works.   The strong survive and reproduce and the weak die off.  Thanks to modern medicine, the weak (such as myself) survive to reproduce, and arguably this dilutes the gene pool.  You can argue this is horrific or eugenics or whatever, it is just reality.

3.  A Younger Generation Takes Over:   I joked before that this virus may give millenials their chance to lead the country - wiping out the 70+ generation that seems to have a lock on local, State, and National governments.   With the succession rules in place, this virus could wipe out all the grey-haired leaders in the White House and Congress, and Ms. AOC could be the next President (please, Lord, take me home before that happens!).

But you wonder, in past times, before modern medicine and the understanding of disease (before people understood quarantines, or that rats carry fleas that carry plague) that an epidemic or pandemic probably wiped out an entire older generation of leaders, leading to political and social reforms.

Of course, back then, too, they would persecute people as "witches" or whatnot, blaming them for bringing "God's wrath" upon mankind.   That sort of thing isn't behind us just yet - we saw a lot of this sort of blaming during the HIV epidemic.   It is only a matter of time before some pontifactor at the pulpit blames some group for pissing-off the almighty.   Some folks are already doing this with Asians, according to the media.   Just to be clear, once again, blaming the Chinese government for their piss-poor handling of this, or the practices of "traditional Chinese medicine" that started this plague, is not racist.  Blaming Chinese people for somehow having an inherent disease-spreading capability, is.

4.  The December Baby Boom:   People are staying home and eating and watching television.  Expect the average American to gain 5-10 lbs in body weight, further exacerbating the obesity epidemic (speaking of epidemics - that will kill more people than this virus!).  But staying home with your spouse for two weeks with nothing to do...... Expect a small baby boom nine months from now, or a "Christmas surprise".   I wonder how many kids will be named "Cornoa"?

5.  Restaurant Dining:   This may be less likely to happen, but it is possible that once people stay at home for a couple of weeks and make their own meals and realize how easy it is to do and how much cheaper it is - and are forced to live more cheaply by layoffs and a slowing economy, they may not go back to using restaurants as their kitchens - at least for a while.

Yes, we may see the return of the McDonald's "Dollar Menu" as we had in 2008.  But like in 2008, it may take a while before old habits come back into play.   A crash in the market can take place in days - the recovery can take years.  It takes a long time before old, bad habits come back, and in the meantime, a lot of debt-laden restaurant chains (and local restaurants) may go belly-up.

6.  China:   China is dependent on the United States to buy all the inexpensive stuff they make.  They also depend on us for food.   China is doubling-down on their rhetoric, even suggesting that the entire virus originated in the United States as an intentional military attack on China (what did we have against the Italians?).    This could disrupt the Chinese government, which is clinging to power using despotic methods.   The people of China may rise up - and this time, no Tienanmen Square.

But whether or not that occurs, it seems like the relationship has gone from frosty to stone cold.  US car makers may find their brands (such as Buick) no longer have cache with the Chinese consumer.  With the rise of other Asian countries (Korea, Vietnam, Thailand, Indonesia, Malaysia) as low-cost manufacturing sources, China may lose a lot of business to its Asian neighbors - as well as India.  Some manufacturing may even come back to America.

Whatever the case is, I doubt things will go back to "business as usual" with regard to the China-US relationship.

The exception may be in the upper-end market.  Reports are coming in that upscale homes for rent in the Hamptons, Hudson River Valley, and Newport are brisk - as the very rich look for a place to "isolate" from society.  Our own little island, known as the place of "splendid isolation" is seeing pretty brisk business - our little airport has a plethora of private planes parked on the apron - people escaping from Atlanta and parts unknown to wait out the quarantine.   Even in bad times, the wealthy seem to make out OK.

8. Stocks:  The entire stock market isn't going to crash - but a lot of sketchy stocks may do so.   Walmart - along with other grocery stores - is doing a brisk business.  Winn-Dixie is advertising for help and asking laid-off restaurant workers to apply for jobs there.  They can't stock the shelves fast enough.  All those people who used restaurants as kitchens are now shopping at the supermarket.

Wal-Mart did well during the last recession, as people put their pride on the shelf and discovered (as we did) that the same exact products at Publix and Harris Teeter and Winn-Dixie could be found at Walmart, sometimes for half price.

There will be stocks that recover fairly quickly - companies selling products to the masses cheaply and profitably.  Like I said, McDonald's will no doubt bring back the dollar menu, and you may recall (I do) that in 2008, they had lines around the block.  With the President suggesting that drive-through meals are a cure for the Corona Virus, it could be even moreso this time around.

Other stocks (as noted below) might have a hard time recovering - if ever.  Will people jump back into cruises again, or will it be a long, slow slog for the cruise line industry?   How will a lot of these heavily leveraged "tech-that-are-not-tech" companies survive?

9.  Telecommuting:  Working from home was already a "thing" before this, but I suspect that it may be even more of a thing now, as companies realize they can use a lot less Real Estate and employees can spend a lot less time commuting as a result.  This could be the event that pushes us finally into the virtual era - with teleconferencing and virtual presence replacing office meetings, conventions, and whatnot.

10.  Internet bandwidth:  In conjunction with #9 above, we are already seeing the network stressed over the increased usage in the last few days.  Sites are slower to load, and telcoms are cautioned not to "throttle" certain sites.   YouTube has announced they will reduce resolution to save on bandwidth.

This may accelerate installation of 5G as well as other higher-speed communication links.  As more people work from home - and stay home more, a habit they may acquire as a result of this - the need for higher-speed internet will become acute.  Telcom stocks may do well in the coming months.

Those are just a few things I can think of - I am sure you can think of more.   Going back to "business as usual" may be difficult to do - and undesirable - once this virus scare is over.   People will have found new ways of working, interacting, and living.  And the political landscape, nationally and internationally, may be changed as well.

And maybe, this is a good thing, as it is time we moved on from the politics and ways of living of the past.