Another Example of a One-Sided Story 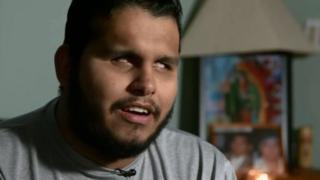 America is such an awful place!  Deporting blind people!  How sick is that?  Oh, wait... facts.


A short note.  A recent article about a blind person "failing" his citizenship test is used to bash America once again.  The BBC version in particular makes it out to be this guy is already on his way back to Guatemala.   But the reality is something different.

The guy administering the test did not have a "braille" test to administer.  He was authorized to waive that portion of the test if the blind person had a note from his doctor showing he was legally blind.  Bear in mind that blindness is not cut-and-dried thing.  You can be legally blind and still see things, and a citizenship test administrator isn't the person to make that call.  And if we relied on people saying, "Oh, I'm blind!" and we had to take their word for it, there would be a lot of new blind citizens being minted.

But here's the kicker:   He wasn't deported or denied citizenship.  He was asked to come back later when they had the braille version of the test available.  He wasn't "denied" a braille exam, as the BBC alleges in its click-bait title, but such a test was simply not available at the time.  There is a big distinction - the way the BBC parses it, it is yet another example of America's heartless immigration policy - which is totally unlike Brexit, and donchuforgitit!  (no word on whether "the wall" will be built separating Northern Ireland from Ireland, just yet).

Not much of an issue, was it?  But you won't click on "Blind man has to re-take citizenship test, because braille version wasn't available" would you?   But "Blind man denied braille test!" is sure-fire click-bait.