Will Your Stimulus Check Get Stolen? Probably Not. 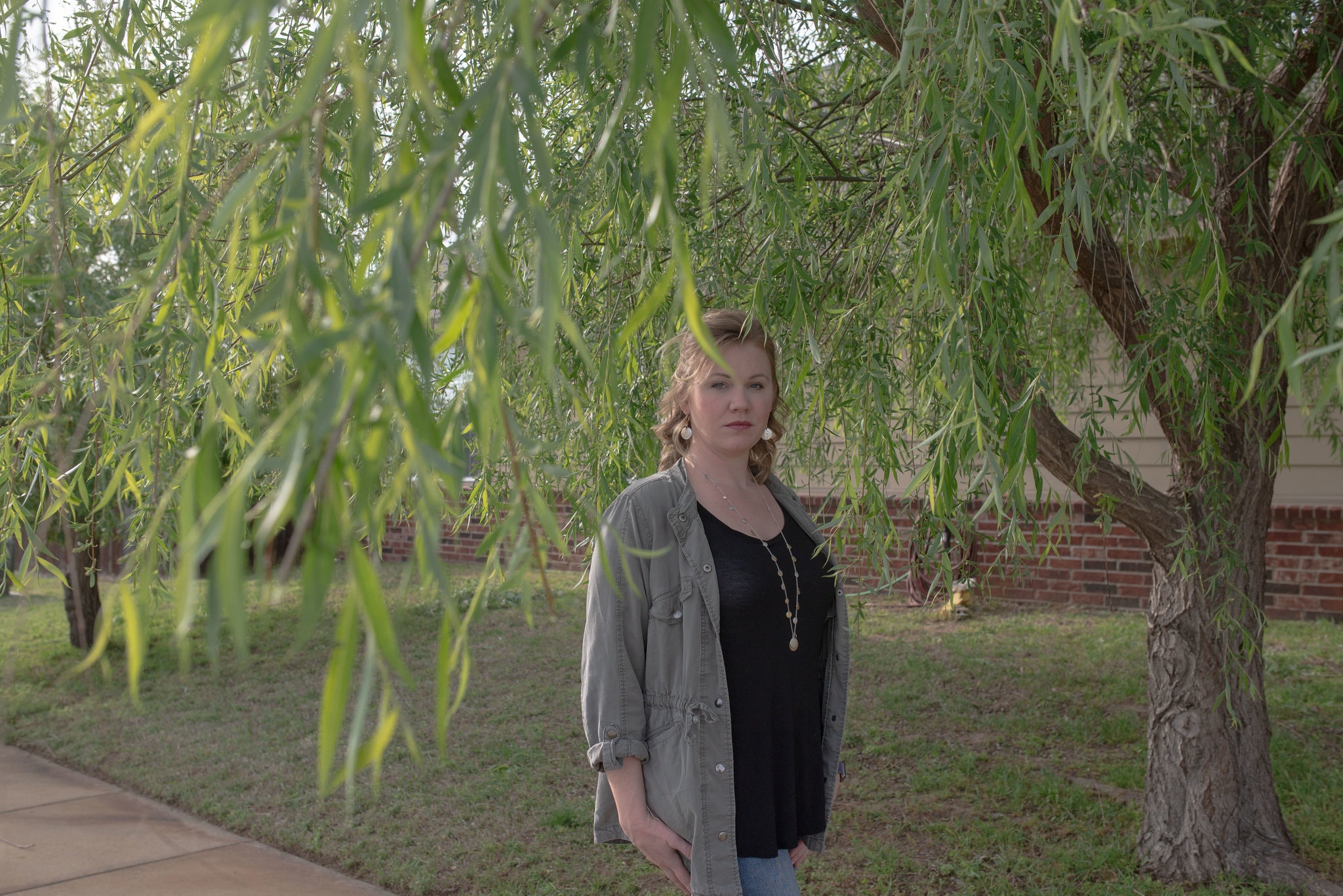 
The Times is not only gloomy with its photos, it is also gloomy with its articles.  No matter how positive things might be, the Times paints everything with an "ain't it awful" brush.  Someone really needs to buy those folks some Prozac.   But of course, this is all by design - to bring about the eventual downfall of capitalism so that we can all live in a Communist nirvana.   Well, that seems to be the message the Times is selling these days, anyway.

The latest alarmist article, selling fear, is that your stimulus check is going to be stolen.   All a hacker needs is a few bits of your personal information and they can steal your check!   All they need is your Social Security Number - which is readily available on "the dark web" from "past breaches" and your address - "and a few other pieces of information," right?

Well, not exactly.  In addition, you need the adjusted income number from your tax return - something that wouldn't appear on dark or light webs, unless you gave this information to someone else.   It is possible that someone might file a tax return in your name, if they had your social security number (and you didn't set up a PIN number with the IRS) and then use the phony number from that return.   Possible - provided you didn't already file your taxes.   Then again, if they went this route, chances are they aren't going after a lousy $1200 stimulus check, but are claiming huge withholding from fictitious employment and then having that "refund" directed to another account.

You can check the status of your stimulus payment at this IRS site.  That site also allows you to enter bank account information - and yes, it is pretty scary how easy it is to use.  You will need data from your latest tax return, however.  You can also designate payment data if you are a "non-filer" at this site.  The status site may give you a message like this, if your payment has been scheduled:

If you don't see your payment credited to your account, check with your bank to verify they received it. We will mail you a letter with additional information on this payment.

If you need additional help or do not receive your payment, please visit our Frequently Asked Questions page.

Note that there are a lot of "lookalike" sites out there that are not irs.gov sites.  Unsophisticated people click on these, enter personal data, and end up scammed.  People are also being scammed out of unemployment benefits as well.

As you might imagine, with hundreds of millions of checks and direct deposits to manage, it is a daunting task for the IRS - almost like doing two tax seasons in a row.  There are bound to be mix-ups.    Tax checks will be sent to old addresses by mistake.  Direct deposits will go to the wrong accounts, if you slipped a digit when entering the data.   If you've closed your bank account and opened a new one, the check may go to the old account.    If you filed taxes through a "preparer" who took their fee off-the-top from your refund, they may have used a "temporary" bank account to handle those funds - and that account is now closed (Poor people do this all the time, convinced that filling out a 1040-EZ is beyond their capabilities).

Fraud will also occur, and most of will be unwittingly aided and abetted by the victims.   People answer phone calls, e-mails, and text messages from "The IRS Agency" asking for "confirmation information" about their refund or claiming there is a "problem" with their stimulus check.   All they want is you to "confirm" your name, address, social security number, phone number, e-mail address and the adjusted gross income from line 8b of your tax return.   And people hand out this information, too.   Hey, while you're at it, might as well give them all your credit card numbers, expiration dates, and CVV2 numbers, just so they can "confirm" all this information is correct!

That is a problem with handing out money to people - a lot of  people will not only squander it, but have it stolen from them.   There was a story a few years ago about a guy retired from the Navy.  Folks in the military often get a little too used to the cradle-to-grave protection of the government teat.  The military takes care of its own, but that often means that many in the military are not very sophisticated about money, particularly in the lower ranks.

Con-artists of all stripes know this.   Paycheck loan stores used to ring military bases, hoping to snare young soldiers who want-it-all-now and don't understand loans have to be paid back.  Cheesy used car dealers also abound near bases, offering clapped out but flashy-looking cars at inflated prices with murderous loan rates.

But that's the least of it.  Scammers used to target military retirees, offering them loans if they would guarantee the loan with their pension payments.  In one incident, a fellow sold off several years of his military pension in exchange for a one-time payment.   Sounds like a great deal, but once that money was gone, well, he literally had nothing to live on.  Yes, some folks are that dumb, or that far into dementia, once they get older.   And bear in mind the "scammers" who target members of the miltary and retirees are considered legitimate businesses.

You can put in all the technological checks and balances you want to, odds, are, some fellow is going to blab his identity data to someone over the phone, or by e-mail or text.   Or even if they get their check, odds are, they will get scammed out if they are not astute.

Even two-step authentication can be scammed.  The scammer logs onto your bank site, which doesn't recognize his computer.  It sends a text message to your phone.  At the same time, you get a call from the "bank" (the scammer) saying that they are confirming your phone number and would you please read them the code number from the text message that just appeared?   A lot of people fall for this, as how could someone know they just received a text message?   It must be someone from the bank!  And of course, that is how the scammer got their username and password earlier, calling to "confirm" this data.   It's pretty sad, but social engineering can outwit even the most stringent electronic counter-measures.

The Times repeats the same old saw about how prevalent "identity theft" is - but of course these specious statistics include ordinary credit card theft, which of course the consumer is not responsible for (and no one feels sorry for banks, do they?).   The idea is to crank up the fear, because fear sells - it sells clicks, it sells "credit protector" and it sells political narratives, as well.

The common denominator of these "victim" stories in the NYT wasn't that these folks who lost their stimulus check or unemployment checks won't eventually get their money - because they will.   But they do have to go through the process, filing Police reports and so forth and so on.  It may take weeks, or a month or more.   Unfortunately, these folks are living paycheck to paycheck and thus are sucking the well dry in the meantime.  The question is, of course, who's fault is that?   If it weren't the virus, it could be a general layoff, a decline in the economy (which we would have seen anyway) an illness in the family, a car accident - the sort of shit in life that happens and you have to be prepared for.  If anything, these tales of woe should be viewed as cautionary tales as to what happens when you stretch your finances that thin.  Sadly, most people living the "paycheck to paycheck" lifestyle aren't doing so by necessity, but by choice.

If you are living paycheck-to-paycheck and have cable TV or an Apple product, or a tattoo, I am not sure I feel sorry for you.   Financial priorities mean putting money aside for those "rainy days" before buying luxury items.  But few people see it that way.  I know I didn't when I was 20-something-years-old and spent every penny I had on crap I really didn't need, but wanted.   I was always one paycheck away from oblivion, and was fortunate that I never ran the well dry (this often meant working several menial jobs at once, however).

What struck me as interesting about this article in the New York Times was the tone.   It would have been a helpful article if they had said, "Don't get scammed!  Don't fall for these tricks!  Use only these official IRS sites!"   Instead, the official IRS site was only obliquely referred to in a link mentioning that such as site was set up.   But the URLs of the scam sites were spelled out in the article.   Ouch.

The tone was that we're all victims, here, and what's more, it could happen to you, buddy, so don't be so smug!   Sort of the same tone they have with the Corona Virus.   The NYT seems to want to incubate learned helplessness in its readers - nothing you can do will every change your life, so don't bother trying.  Even if you try to succeed in life, you'll just get knocked down, so let's elect Bernie and take away all the money from those 1%'ers and hand it out to the deserving needy - right?

It would all be irrelevant, other than I think this sort of narrative will backfire over time.  No one wants to be depressed, and while you can fool people for a while, eventually they catch on that they are selling and promoting depression to achieve other ends.  No one wants to vote for the candidate who tells them everything is awful.  That is how Jimmy Carter lost re-election - with his "national malaise" speech.   Reagan was selling "Morning in America" and Trump pushes his "Make America Great Again" nonsense.   It may be nonsense, but it is a positive message - a message that you are good, and you are great and that things will get better.

Sadly, it seems the left never wants to be happy.  Even when a Democrat is in the Whitehouse and Democrats control both houses of Congress, papers like the New York Times only want to sell sad stories, about how awful things are.  After all, both Clinton and Obama are still considered "too conservative" by the leftist press!  I would gladly trade today's situation for the "Bad old days" of the Clinton administration!

We need to move beyond this negative nabobism.   We need to stop selling depression.

UPDATE:  Despite all the warnings and scare stories from the New York Times, my stimulus "check" showed up as a direct deposit in my account this morning, mostly because I proactively went on the IRS site (and made sure it was the real IRS site) and entered my direct deposit information, checking the numbers three times to make sure they were correct and I didn't slip a digit.

Still not received is the self-congratulatory letter from Donald Trump taking credit for the check.   We just can't wait to get that - I collect autographs!