Will the Corona Virus Affect the Overall Death Rate? Maybe Not. 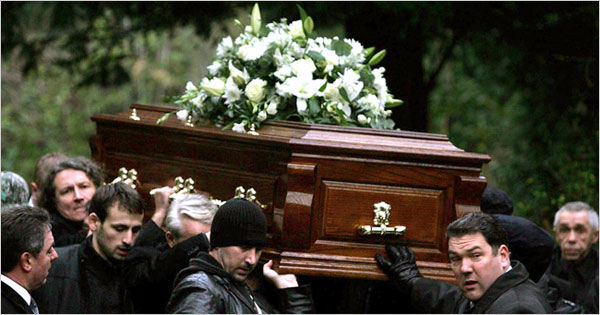 2.8 million people die in the USA every year.  Even assuming a worst case scenario, the Corona Virus will increase this by less than 10% - but some things may offset this increase.


In a recent report online, some folks were criticizing the use (or lack of use) of a hospital ship in New York. Since the ship isn't taking Corona Virus cases, but only ordinary hospitalizations (and even then, for only selected maladies) it isn't serving many people, some claim.

But one comment, made offhand, was interesting.  Since the economy was "shut down" the number of auto accidents, gunshot wounds, muggings and stabbings, and construction accidents was way down - so the hospital ship had even fewer patients to see.

It made me wonder - will this virus really change the overall death rate for 2020?

Consider this:  Many of the elderly patients dying from this virus were near death's door to begin with.  These are people who perhaps would have died in July or August of this year, even without the Corona Virus outbreak.  As one nurse noted, when an 80-year-old man arrived at the hospital with his own ventilator, she wanted to take the ventilator away from him and use it for a patient who had a real chance of survival.  He was "ventilator dependent" before the virus came along - he likely would have passed on this year, anyway.  I am quite certain she got her wish in short order in any event.

If you subtract those deaths from the overall total, it may shrink quite a bit.  Throw in the decreased deaths from highway accidents and other normal mayhem humans are prone to, and, well, we may see a very slight increase in the overall death rate for 2020 - perhaps it remaining flat, or even decreasing.

And going in to 2021, perhaps people will be more cognizant of how easy it is to "catch cold" or "get the flu" or the "24 hour bug".   In the past we got these illnesses and felt like crap for a day or two and thought nothing of it - and then went off to visit Grandma in the nursing home and wondered why she died a week later.   But it is true, as you get older, these "bugs" get harder to shake.   When I was in my 20's, a cold was a day-long thing.  In my 60's - a week or more.   I can see now, how even an "ordinary" cold or flu can be fatal to the elderly, the Corona Virus even moreso.

It remains to be seen.  The projected death toll of 100,000 to 250,000 people seems somewhat alarming - given that this is a staggeringly larger number than have died, to date, in any country worldwide, and indeed multiples of the current worldwide death toll.

But again, even assuming 250,000 dead, it may turn out the overall death rate for 2020 in America is offset by the number of lives saved by self-quarantine - from not driving, not working, not engaging in "normal" risky behavior.  And a large share of those who do succumb to the virus may, in any event, have been people who would have succumbed to the inevitable in short order.

It is interesting food for thought.   People die - that's a fact of life.  Does it make any difference what they die from?  The human race is in no danger of extinction - at least from this virus.
Newer Post Older Post Home