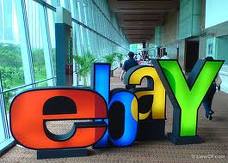 Selling off stuff you don't need on eBay or Craigslist is a great way to raise cash and also a way to obtain things you do need instead!
This Spring and Summer, I decided to get rid of a lot of things that were cluttering up my life and sell them on Craigslist and eBay. I had a lot of stuff in closets, barns, attics, spare rooms, and even outdoors that I wasn't using, but was of "value" so I was loathe to part with it.

After a summer of selling, it is time to tally up how much we've made.

The following items were sold on eBay:

The following items were sold on Craigslist:

Note that the Patio table was purchased on Craigslist, with four chairs, for $45. We kept the chairs and then sold the table. Four chairs for $5. Not a bad deal.

Now, even taking the Jeep out of the equation, that amounts to nearly $1500 worth of "stuff" I wasn't using that I got rid of. With that money, I was able to pay down debt, and also buy things I needed, like a new video card for my computer and a new axle assembly for my car and a new pump for the hot tub.

Now granted, I probably paid about $150 in commissions to eBay and PayPal, but it was worth it to clean out and clean up.

It is sort of like a game - you can clean out your attic and closets and get rid of "junk" you don't need and then get things you do actually need.

The sale of the Jeep will help pay for remodeling of our basement into a media room. Not only does this get rid of a car we hardly drive, it adds value to the home.

Was it hard to do? Well, it takes a few minutes out of the day to list an item and to pack it. One item, a glass powerline insulator, was smashed in shipment and I refunded the person's money. But that was no big deal, as I didn't pay for it anyway. It was free. I sold others for more money (and packed them better, too!).

Best of all, I got rid of "stuff" while not feeling guilty about "throwing away good things".

And while you might think you would eventually run out of "Stuff" it never ceases to amaze me how I end up finding more things to get rid of. Once you get in the mindset, it becomes a lot easier to say "Gee, I could sell that on eBay!".

While the season winds down here in New York, I already have a list of things to sell next year on eBay. As I plan on selling this house eventually and downsizing, it makes sense to sell off things NOW, rather than wait until we are moving (see my article on Real Estate sales).

Let's see, there's a collection of die cast model cars, a photocopier, an antique clock, some artwork, Kayaks, bicycles, some old car rims, mufflers, what else? Perhaps a couple of cars and an old pickup truck. There's a lot of stuff you accumulate over the decades.

If you aren't using it and haven't used it in a year or more, chances are you won't be using it in the future. Rather than let things get dusty and destroyed, simply sell them and liquidate and move on.

And once you get in the mindset of selling off "junk" it becomes a lot harder to buy more of it - as you tend to view each purchase not merely as an acquisition, but as a process of ownership, with a beginning, a middle, and an end.

When I look at an item to purchase now, I tend to think to myself, "What is the end game on this? How long will I own it? And how will I dispose of it?" In many cases, this line of inquiry results in your not purchasing an item. Once you think about it, you realize that, while some things are "cool" to have, you really won't use them much, and they will just add to the clutter in your life.
Newer Post Older Post Home