Pride Goeth Before The Fall... 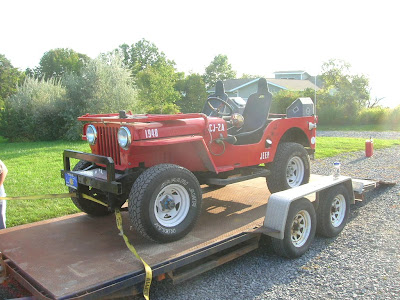 Pride goeth before destruction, and an haughty spirit before a fall. Prov. 16:18


Pride can be a very destructive force in one's life and one that can destroy one's finances as well.

As I noted in an earlier blog entry "The End Game" - many men hang onto boats, RVs, and other "toys" long after they are done using them, and end up squandering thousands of dollars in the process.

I knew a man who kept an old forty-foot Sea Ray for a decade after he stopped using it, paying rent to store it and spending tens of thousands of dollars in repairs. He could not give up on the boat, as that would be "quitting" and he wanted to consider himself a "boater". His widow sold the boat for scrap after his death.

I recently ran into another older man who also had a Sea Ray. After more than a decade of use, the boat was ready for an overhaul - new engine, new outdrive. He told me he didn't use the boat as much as he used to. I commiserated with him that the cost of storage and upkeep was rather steep on a boat which is used only a few times a year.

"Well, you do have the pride of ownership," he said. I nearly fell over. Pride of ownership? What pride is there in selecting a consumer good and then writing a check (or series of checks) for it? It takes no talent whatsoever and is no legitimate source of pride. It's not like he built the boat, after all.

In a similar manner, many business owners "hang on" to a business that is going downhill, rather than seeing the signs of disaster and liquidating before it is too late. A friend of mine had a chain of stores he ran. A large competitor moved into town, threatening his livelihood. He turned down an offer of a buyout because of pride. The competitor ran him out business and he was left with nothing.

Another friend runs a retail store that has been losing money for two years. He would have "rode it all the way to the bottom" if he hadn't lost his lease. It was a blessing in disguise, as he realized that retiring now would be far cheaper than trying to keep a failing business running.

The stories are told again and again this way. People won't abandon plans that are not working out, or change their lifestyles to adapt to new conditions because they are prideful and don't want to be perceived as "quitting" or "giving up".

A friend planning for retirement wants to build a house. His life circumstances have severely changed now. But he had been planning to build a house for several years, and can't give up on those plans, as that would be "quitting". Rather than look at his waning years and working out a plan to make them as comfortable as possible, he squanders precious time chasing the dreams of a younger man, all to impress people he hardly knows or perhaps don't even exist.

"I'll never sell my Harley" is a phrase I hear often from younger men. "Live to Ride, Ride to Live" they say (and other nonsense). And yet, as we get older, the hobbies of youth lose their appeal. Rather than hang onto something that you are bored with, sell it. But barns abound with stored cars, bikes, airplanes, boats, and RVs, owned by folks who want to mentally hang on to things that they really no longer need. They slowly rust and deteriorate, a squandering of vast sums of capital.

When I bought my first boat, my neighbor, then in his 70's came over to look at it. He told me about his boating experiences, starting with a small boat and working his way up to a 55-foot ChrisCraft he and his wife owned with another couple. "What ever happened to it?" I asked.

"Oh, we sold it many years ago" he said. You see, once he and his wife and their friends had spent many nights on the boat, and visited every port of call within range and eaten at every waterside restaurant, the allure of boating had worn off. A boat is an expensive item to own, store, and maintain. It made no sense to keep it when you are done using it. He did the right thing and got out of boating when he did. It was something to do at a certain time in his life, and then he stopped.

I have an other older friend in a similar situation. He has a beautiful boat, but is pushing 70. He always wanted the next size boat, but he and his wife were already boating less and less. He thought that maybe buying a new boat would rekindle their interest in boating. He made the plunge and bought the "dream boat", only to see it sit at the dock most of the time, a huge depreciating hole in the water. Knowing when to quit is important.

Pride can interfere with rational economic decisions. Recently I sold my Jeep - a 1948 Willys powered by a 1970 Chevy 350 V-8. It was a fun vehicle to have, and I was able to sell it on eBay for exactly what I paid for it. I used it for nearly five years, with the only cost to me being the upgrades and repairs I spent on it. Not a bad deal.

Many of my friends were appalled. "You sold the JEEP? No way man! Have to hang on to that!"

But the truth is, I had had my fun with it, and it was getting to the point where I would have to spend more money on it to keep it in good shape, and I really didn't need it. The guy I sold it to was quite enthusiastic about it and has great plans to rebuild the motor and upgrade it. I'm happy it has found a good home and will provide someone else with some years of enjoyment.

I had my fun, but I don't want to be known as "Mr. Jeep" or anything. Hanging onto it out of pride would have been a mistake. Eventually, I would have lost interest in it, or something would have broken that I would not be inclined to fix, and it would be put aside, only to molder and decay. Eventually it would be sold for a fraction of its value. THAT would not be a sound economic decision.

"Leave, wanting more" is the best philosophy. If you leave the dinner table after a great meal, but still a bit hungry for more, you feel that the food was good, enjoyable, and not overfilling. Gorging yourself, on the other hand, leaves one feeling bloated and slightly sick.

It is also like vacationing. If you go to a new destination and don't see every last thing, you leave with the impression that there is so much more to see - there is mystery involved. But if you buy a vacation home there, you quickly realize there was not much more "there" there, and after a few months, you've seen all there is you want to see. Many folks go on this way for years, vacationing at the same spot over and over again. Once again, Pride prevents them from "giving up" and saying "Lets try something new!"

I had a vacation condo in Florida for a few years. I gave it up. I didn't "give up". We just decided we had seen all there was to see - and someone made us a good offer on the place. We left before the bubble burst. How many other folks held on to their places out of pride - and paid the price when the Real Estate market burst?

A developer knocked on our door at our home one day, offering us a wheelbarrow full of money if we vacate in 30 days so he could bulldoze the house. We had spent years adding on to the place, installing a pool, gardens, koi pond, decorating, etc. Many folks told us, "How can you just walk away from all that?" The answer is to put away PRIDE and make a sound financial decision.

There were some who refused the developer's offer based on Pride. They walked away from three-quarters of a million dollars because they had put a $75 bird bath in the back yard and considered their house a "home." They turned down a "once in a lifetime" offer because of PRIDE.

In analyzing my own finances, I realize that I was still letting PRIDE get in the way of decisions. I could not sell my boat, as that would be "giving up" on boating, never mind that I hardly used it last year at all, and that it cost $3000 just in storage fees. Pride got in the way of logic.

While I love the boat, and would like to use it some more, I like $3000 better at this point in my life. I've seen most of what there is to see on the water near my home. I've taken a few longer trips in it, and realized, that at 1.5 miles-per-gallon, traveling by power boat is not a cost-effective option (or at least traveling in that boat). So I will sell it this year - to someone who will be excited about it and love it and want to explore in it and have as much fun with it as I did.

In retrospect, I probably should have sold the boat before. Or perhaps buying the "ultimate" boat was never a good idea to begin with. Our smaller boat was much easier to maneuver, trailer, and good on gas. Sometimes wanting is a lot better than having.

We have two homes right now, and we are fortunate that they are worth more than we paid for them. But it is a large expense, and after five years of "snowbirding" between homes, I am not sure it is worth the expense. Leave wanting more. Wanting is better than having. Property taxes suck. But again, the voices cry out, "You can't 'give up' - you have to stick it out!", or they say, "I told you they wouldn't last!".

But the truth is, if someone made me a sound offer on either property, I'd sell it - just as I sold my home to the developer. Because rather than "giving up", I'd be walking away with $100,000 in my pocket in untaxable profit and be left with a home I'd own free and clear. Which is better? That, or having Pride?