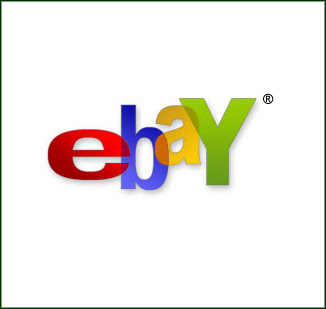 It is fun to sell things on eBay, and profitable, too, if you know the ropes.

It is that time of year again. I decided to clean out a closet and found a bunch of things that I could not bear to throw away. So I sold them on eBay and made over $700. Actually, I made over $30,000, as I sold my boat on eBay this Spring. If you want something to go away in 7 days, put it on eBay with a no reserve price.

Now granted, when you factor in shipping costs, eBay costs, PayPal costs, and the hassle of packaging things, maybe you don't make a ton of money on this stuff. But $5 here, $10 there, maybe $20 somewhere else, it all adds up. Pretty soon, you are looking at putting a $500 dent in your credit card balance.

The resistance many people have to selling things on eBay, or at garage sales, is that they are convinced that their "stuff" is worth millions of dollars when in fact it may be worth a few dollars. If you have "stuff" and you aren't using it, get rid of it. Even if you find out later on you needed it, chances are, you can buy back the same or a similar thing from eBay.

In this way, eBay acts like a virtual storage closet or pawn shop or even equipment rental store. You turn in merchandise you don't need and get money for it. You get back in return other merchandise and pay money for it. The beauty of it, is that you don't have to keep things on the premise that "someday I might need that". Just sell it to someone on eBay and if you ever need it back, it will be there, for sale by someone else.

This time around I liquidated my coin collection. I am not a coin collector and got into it by buying mint proof sets. It was sort of fun, but since I did not have a place to display the coins, it quickly became boring. And let's fact it, looking at coins is boring. And once you start a collection, you have to keep going and going. I wanted to collect all the 50-state quarters. But that means buying the coins every year. Then, they start up with presidential dollars. What's next? It is effective marketing on their part, but I found I was getting less and less enjoyment from it. Better to sell the coins to someone else trying to complete their set and move on.

I also had a number of components from my old alarm system from my old house. Alarm systems are of little use in preventing real crime (as is owning a gun) and I never got around to installing the alarm in my new house. So after sitting for a few years in a closet, I sold the components on eBay. Surprisingly, there was a strong demand for these, as many folks with older alarm systems are looking for these components to keep their older systems working.

I had some old radios that I hated to throw out. Those are still listed, but I think one might sell.

One thing I learned was to use the re-listing feature. Sometimes something doesn't sell because it is overpriced. Other times merely because the person who would have wanted the item just didn't see it during that 7-day window. You can re-list for free in many cases, or for a nominal fee. If you continually re-list an item, sometimes it sells. You can also adjust the price of an item downward, when you re-list and it may sell at the lower price.

In the past, if an item didn't sell, I tended to "give up" on the item, rather than re-list. Now I am more aggressive about re-listing, as it only takes a click or two, and it gets things sold.

We've also used eBay to but items we wanted and saw in stores. For example, we wanted a back massager, a $120 item in the store. I found a new one on eBay for $75, including shipping. By waiting a few days, we saved $45. Buying online is one way of avoiding the impulse purchase and also a good way of making sure you are price shopping.

The summer I plan on selling more items on eBay, including my antique tractor (which we bought on eBay five years ago). We are no longer mowing five acres of lawn, so we aren't using it. And if you aren't using it, why keep it around? It is as simple as that.
Newer Post Older Post Home