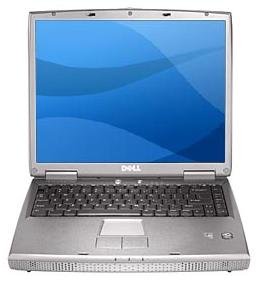 A decade in the computer business is a lifetime.   Yet nearly 10 years later, this old Dell laptop soldiers on.  Do I need to buy a Mac Air to impress people I don't know?  No.


I am typing this on an old Dell laptop that I use when I travel.   It is nearly a decade old and keeps running, so I keep using it.   The hard drive died two years ago and I was ready to chuck it then.  But I found a used hard drive on eBay for $25 and after installing it, formatting it, and re-installing windows, well, we're back in business.

Since then, I have added a 500 GB external drive, which allows me to swap data with my other computers more easily (and back up all my data more easily).  So the computer has yet new life.

The only problem I have had with it was that the display was going odd at times.   I removed the cover plate on the hinge and found that the display wires were crimped when they were installed.   I re-routed them correctly and, well, it keeps on running.

A new, fancy laptop is a nice thing, no doubt.  But anything portable can be dropped, lost, or stolen, and spending thousands of dollars on something that can be destroyed or lost in an instant does not make sense to me.

You see, like an older car, one of the joys of this computer is that I don't have to worry about it at all.  I just use it.  If it gets lost, dropped, or stolen, it is no big deal.   The data on it is worth more than the computer itself.

And these old Dell's are built tough.  No overheating Nvidia cards like with an HP machine.   The lifespan of this thing speaks for itself.

Laptops are the most expensive computers you can buy, in terms of performance for the dollar.   Everything, from memory, to hard drive, to screen, is miniaturized and specialized for laptop use and thus is more expensive.   In addition, laptops are harder to upgrade, as memory modules and hard drives are usually made in proprietary formats.  It is only when they get old that you can find used parts for cheap on eBay.

So having a "state of the art" laptop may impress all the people at the airport when you whip it out (and play computer solitaire, as I saw nearly everyone doing on one flight), it really is not more useful for answering e-mails, typing documents, or making blog entries.

And in most cases, you spend more time on your home or office PC anyway - so why spend thousands of dollars for the "latest and greatest" MacBook or high-end PC laptop?

UPDATE 2020:  The Dell finally died, and years ago, I bought a Toshiba Satellite at Walmart for $300.  Five years later, I bought another one on eBay for $150.  They keep chugging along, both on their second hard drive, and now maxed out with memory (cheap, in retrospect).  I replaced the keyboard on one, as I spilled (yet again) a martini on it.  Parts for obsolete equipment are dirt cheap - for the time being.

(Maybe I should buy five more of these laptops - they sell for a few dollars. Just kidding.)

They too, are about ten years old, but function well.  The big bottleneck isn't processor speed, but internet access.  Unless I am prepared to buy a fiber-to-home solution, it makes no sense to have a faster machine. And since I travel, it makes no sense.

I will update eventually, as these will eventually fail (Windows 7 Ultimate, I will miss you!).   They cannot really edit video in real-time, which is a pain-in-the-ass, but other than that, they work OK.
Newer Post Older Post Home