Do You Need Apps? 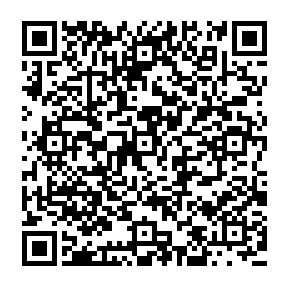 Suddenly, these images are appearing everywhere.  What are they and do you need a fancy smart phone to read them?

I write Patents for a living and a lot of the technology I end up protecting I never use, personally.  And often, I hear about these things years, or even decades before they hit the market.

I don't do a lot of cell phone cases anymore, but you'd have to be dead or living under a rock not to hear the media's constant harping and hyping of smart phones these days.  And these 2-D bar codes (shown above) are appearing everywhere from ads in newspapers (remember those?) to even the sides of cars.  What is up with this?  And are you missing out?

Not really.  It is just the latest extension of the same old thing.  Back in the 1980's,  suddenly everyone had an "AOL KEYWORD" on their ad, so you could run off to your IBM PC Jr. and log into AOL via dial-up and then load their version of a web page.  In the 1990's, this morphed into URLs for  websites.  Today, it is "follow me on Twitter" or "follow me on Facebook" or these ubiquitous bar codes, which you can photograph (scan) with your smart phone, which in turn will load an "app" (application) or web page.

It is pretty cool technology? Yea.  Do you desperately need it?  Probably not.  Most "apps" out there are interesting and useful, but hardly game changers.  For example, you can download an "open table" app and scan restaurants for reservations and make them, with the click of a smart phone.   Sounds great, eh?  Yes, but it does limit you to restaurants that choose to participate in the program - a small, out-of-the-way French Bistro isn't going to appear there - only people who pay to be part of the service.  And exclusive restaurants aren't going to let you in, just because you had an "app" or something.

But that is the key thing right there - it is a marketing gimmick.   You download the "app" for restaurant reservations, and it steers you to restaurants that are part of the scheme.   Suddenly, your world shrinks to choices that are basically being sold to you.  You are being marketed to, plain and simple.  It is a form of advertising.

A lot of other apps are along the lines of "hey, that's kind of cool, but do I really need it?"  For example, you drive by a house and it has a 2-D bar code on the "for sale" sign.  You can scan this in using your smart phone camera and get a copy of the listing on your smart phone.  Or, you could get out of the car and get a copy of the listing information from the sign, or you could call the agent, or you could go to Realty.com or any one of other options.  It is nice, it is convenient, and when it works as advertised, useful.   But necessary?  Perhaps not.


And then there is the contract.  A simple data and texting plan, with even the minimum number of minutes of airtime, can cost $80-100 a month or more - often far more.  So now you've added over $1000 a year to your overhead, which to a middle-class American, is a lot of money.

And for that $1000 a year or more (often far more) what do you get?  $1000 in savings?  Or just the opportunity to be marketed to yet more and to be induced to spend more?  And do the "apps" really save you time, or just waste it?

When you are young, toys like this seem great.  Having the latest technology and toys is a very 20-something and 30-something kind of thing.  After all, "everyone" has these things, right?  It is only when you get older that you realize that having a little money put away and low overhead (so you don't have to run the hamster wheel the rest of your life) is more important.

I am 50-some-odd years old.  That is not old, but according to the actuarial tables, it means that I am beyond "middle-aged".  In fact, two-thirds of my life is used up at this point, and only a third remains.  My working years are winding down - and may in fact end without warning - as happens to so many people these days.  Having money and less overhead is more important than having an electronic toy.

I managed to survive a half-century without a smart phone.  I expect that the remaining quarter-century allotted me will pass without the compelling need for one.  Perhaps one day I will have such a thing, when it is $6.95 at Wal-Mart and the monthly service plan is 10 cents.   But it seems the opposite is occurring in telecommunications - data plans are getting more and more expensive (and are charging by the MegaByte) and costs are going ever-higher.

There reaches a point where you have to say, "Do I really need this?  Or is it some time-wasting gadget?"

And that is the other problem with electronic toys - they are time bandits.  I recounted the other day, the young 30-something at the Post Office, showing off his new iPhone.   He asked "there are two water parks on this island?" and I said no, there is just one.   "But my iPhone shows there are two!"

He was convinced that since an Apple product said it was so, it must be so.  And reality would have to adjust to Steve Jobs, not vice-versa.  I tried to explain to him that he would be better off just turning the phone off while on our 7-mile-long island, as the GPS database is outdated by a decade or more and the roads have been moved, closed, or renamed since then.  But, like any Apple "true believer" he would have none of it - and would dick around with his iPhone until he could "get it to work".

No doubt, he is still looking for that second phantom water park to this day.  Maybe Apple will build it for him.

And I have fell for the same gag myself, in the past, with electronics - spending countless hours trying to get them to work right, only to be frustrated when the siren song promise of the manufacturer turns out to be a sweet lie in the real world.   How many of us have driven to an address location on our GPS or on MapQuest or Google Maps, only to find that the place is non-existent?  Or to be told by the same software that the place we are looking for does not exist, when in fact we are standing in front of it?   Technology can be a useful tool, or turn you into a useless one.

The idiot media reports the competition between the smart phone manufacturers with breathless wonderment.   When is the new white iPhone coming out?  What about the version 5?  And how will this affect Android?  And will everyone line up for days to buy one?  Stay tuned to find out!

Perhaps all the hype about smart phones is just another example of the marketing machine that is aimed at your head like a shotgun.  And any idiot who sleeps out overnight at an Apple store just to be the first in line to have the "privilege" to hand over cash money to buy a consumer good made on an assembly line, is well, an idiot, first-class.

Unplug from the hype and hoopla.  Unplug from the TeeVee, the cell phone, the texting device, the smart phone, and all that electronic crapola - as much as you can.  There is no happiness to be found there.  And no wealth, either!