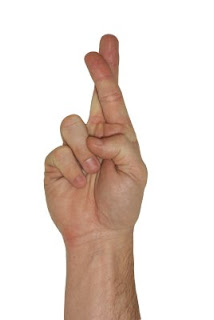 Credit is really nothing more than a promise...

On CBC Radio One (which in Western Newfoundland is usually "Radio Only") there was a discussion on a talk show recently about the credit crises, the debt ceiling and the like.  Was credit really a bad thing?  As the guest noted, and as I discussed in a recent post, the GOP has tried to bootstrap people's feelings about personal debt to their feelings about government debt.

We have to pay back our personal car loans and credit cards, the thinking goes, so the government has to pay back its debts as well.

But as the commentator noted, debt is little more than a promise.  I promise to pay you, and you, in return, deliver goods or services.  In business, this form of credit is often the lubricant that makes things flow.  I promise to pay you for raw materials, which you provide.  I make a product from the raw materials, which my customer promises to pay me for, down the road.  On any given day, in the business world, people owe other people thousands, tens of thousands, hundreds of thousands, or even Millions and Billions of dollars.

For example, in my business, at any given time, I typically have about $20,000 to $40,000 of "Accounts Receivables" which represent promises to pay me in the future.  Getting people to uphold these promises is often akin to pulling teeth.

And one problem I have, is that my suppliers often don't accept these  promises.   Patent fees have to be paid in cash, unless I use a credit card - which is another promise - and pay a hefty fee in interest payments.  so, increasingly, I am going to an all-cash basis - getting money in advance, rather than a promise to pay.   It works better than promises.

Which begs the question - why do we use this credit system instead of a cash-basis for business and government?  Wouldn't this "promises" concept work as well if people made their promises in the form of Hundred-dollar bills instead of credit notes?  (A hundred-dollar bill is, after all, only another promise from the government, right?).

It is an interesting concept, and I think the short answer is that credit frees up Capital.   If we went to an all-cash system, with no credit, then a lot of Capital - cash - would be tied up in payments between venders and dealers, retailers and wholesalers, customers and merchants, and the like.   Literally Billions and Billions, if not Trillions of dollars would be tied up this way, without earning any income.

Credit also allows people to share risks.  The banker lends money to the steel mill "owner" and in return gets interest payments.   He is sharing in the risk of the venture, for a predetermined profit.  But unlike the owner, he is first in line if things go bust - which is often why owning Corporate Bonds is a better deal than owning Corporate Stock.  GM shareholders were wiped out 100% when GM went bankrupt.   But bondholders at least got some of their money back.

And some might argue that credit - on a personal level - may work the same way.  You buy a lot of crap "on time" and you appear to be rich.  After all, you own a lot of crap, right?  But on a personal level, consumer credit is very different than commercial credit.  You don't make money - or have the opportunity to make money - from a car loan or a home mortgage.  Consumer credit is just spending, not investing.

Ironically, today, it is easier to get consumer credit than commercial credit.  Commercial loans have always been viewed as riskier endeavors than consumer loans - mostly because they are for larger amounts, and in the case of mortgages, not backed by the Government.  So today, banks are shying away from lending money from businesses, but still handing our cash to Mr. and Mrs. Verge-of-Bankruptcy.  It makes no sense, of course.

Easy credit is viewed as a way of encouraging consumption - and it does.  But while that might be good for GM or Toyota, it might not be good for you, on a personal level.  Accumulating debt, even so-called "0% financing" (whose costs are not eliminated, just hidden) does not add to your bottom line, but detract from it, in the form of interest paid AND the excess consumption it encourages.

When you pay cash for a car or other consumer purchase, you tend to scrutinize costs more closely.  Do you really need the heated seats and leather upholstery?  Or would you rather pay  $2000 less for the car?  Or would you rather buy the same car, used?  Cash makes these choices rather apparent.   Credit, with its siren song of "It's only another $49 a month!" obfuscates them.

Before long, the consumer is spending more and more of their income on interest payments, and moreover it obligated to make monthly payments on a host of debts - to keep all those promises.  And the credit industry these days, unfortunately, is all-too-willing to let you make a promise that will be impossible for you to keep.  One way to avoid this fiasco is to make such promises rarely and for the smallest amounts possible.

Credit is a fine and wonderful thing in the business world and for  governments, but on a personal level, it is rarely little more than a raw deal.
Newer Post Older Post Home