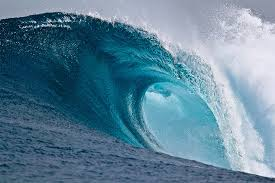 You never want to be on the leading edge or trailing edge of any wave.

I was out for a walk today as the power failed and it was a nice day.   My neighbor flagged me down and she asked me for some technical help.   "How do I get my fax machine to work?   Ever since we went to this AT&T UVERSE, the fax machine doesn't seem to work properly!"

And I told her the blunt truth.   It is time to put the fax machine in the attic, along with the 8-track tape player, cassette deck, and record player.   The technology is just obsolete, hardly anyone uses it anymore, and no one supports it.

The problem with faxes today is that many phone systems, such as AT&T Uverse are VoIP - Voice over Internet Protocol.   When you pick up the phone, you get a fake, computer generated dialtone.   When you talk to someone, your voice is digitized, sent as data packets over the Internet, and then re-assembled at the other end.   It is just like how a CD stores music digitally, as a bunch of numbers (0's and 1's actually) not as impressions on grooves.

And VoIP has always been problematic with analog protocol devices.   Way back in the 1990's when I was experimenting with Vonage (which at $40 a month seemed so much cheaper than "Bell Atlantic" - today I pay $15 a year with NetTalk!) I quickly realized that the service just didn't work with fax machines, modems, alarm systems, or Credit Card swipe machines.   All used analog signals to send data, and these analog signals were garbled when digitized by a VoIP system.

I ended up using MAXEMAIL, a virtual fax service, to send and receive faxes.  At $14 a year, it was cheaper than fax paper, and I didn't have to pay for a dedicated "fax line" but still had a virtual fax "number".   But eventually, I dumped even that - no one was sending me faxes anymore - and I wasn't sending any.   It is easier to just scan documents and e-mail them.  The life-cycle of technology is measured in months these days, it seems.

I told my neighbor that it is just better to give up, sometimes, than to try to get antiquated technology to work.   I had just spent three hours trying to get an old Dell Laptop to work with a PCMCIA wireless card (remember PCMCIA?  It is the 8-track of wireless cards).   While the computer worked fine and the card seemed to work, and it would recognize networks and such, it would not let me log in.   I remember back when I had computers like that, there were arcane network setup rules - drivers that needed to be loaded and such.  It was a pain-in-the-ass to get those early wireless networks to work.

And I decided to just give up.   They paid $5 for this laptop at a garage sale - it simply wasn't worth my time - or anyone's time - to try to get it to work.   No one supports XP anymore, and finding drivers for the PCMCIA card was dodgy at best (the manufacturer having long since gone belly up).   There is no help desk to call, and no one would understand what you are talking about if there was.   It simply wasn't a viable proposition.

I had another neighbor ask me how to fix their cassette deck, as it was so old the belts (remember those?) rotted out and broke. I explained to her that the odds of finding a replacement belt were slim to non-existent.  It would be cheaper to buy a used cassette deck at a garage sale and run it until it died.   The technology was obsolete.   You might as well just dump the old cassettes and the decks and move one - which most of us did.   I sold my cassettes and albums back in the 1990's when people were still listening to those formats.  Today, well, unless the album is collectible (and in good condition) it isn't worth much.   While some "collectors" collect records, I learned firsthand that no one wants your old Duran Duran (or whatever) album, and moreover, since millions were printed, they are not worth anything.

Trying to ride the trailing edge of the technology wave is difficult.   And I think that is why the LINUX fad is dying off.   There was, at one time (and still is, of course) a group of computer nerds who would use their spare time to take older computers and get them to run LINUX or one of its many variations.   And yes, a lot of servers run that O/S, as it is simple, robust, and fast.   But getting drivers to work with the system and debugging it is a full-time job, and understandably, not many people run LINUX on their personal machines.   Even el-cheapo netbooks don't run it.   It's time may have come - and gone.

(And given the number of bugs being found in decades-old UNIX applications, perhaps commercial software may replace this even in servers, over time).

And the same is true for cars.   I have written extensively on the subject (and have a few more posts in the can) and received numerous e-mails on the topic.   "When do I junk my old car?" they ask.   It is a tough question.   Like with computers, if they are working OK and not to slow and do everything you want them to, well, you can use them a long time.   But once they start breaking, or cannot run programs you want to (or need to) run, maybe it is time to move on.   Throwing time and money at a $500 junker makes as much sense as throwing time and money at a $5 laptop.

Conversely, leading edge technology is just as expensive and frustrating to deal with.   If you are one of the legions of idiots who had to rush out and buy the latest iPhone, I don't feel sorry for you when it bends and breaks, or if there are bugs in the O/S.   Similarly, if you waited in line to buy Windows 8, well, your troubles are all of your own making.   It never pays to buy brand-new technology that has not been tried in the marketplace.   And you don't have to read Dilbert cartoons to understand this.   Marketing people often take products and put them on the market before they are ready.   Often, it isn't until the second generation of the product that it really is de-bugged and reliable.

For example, I bought a computer, years ago (decades ago?) that had the USB version 1.0 ports on it.   At the time, there were very few USB products available, so I never used them.   But a few years later, I bought a peripheral device with a USB interface, so I thought I would plug it in.   It didn't work.   I spent hours online downloading drivers, in discussion groups, etc., trying  to debug the problem.  I finally called the peripheral manufacturer's help line, and they asked me what kind of USB port I had.   When I told them it was a 1.0, they almost laughed.  "Those never worked!" they said, "you need at least a 2.0 or better!"

And since then, of course, the USB port has proven itself as a reliable interface for peripherals, data storage, and even as a power port.   The problem I had, was trying to use the leading edge version, which never quite worked right.

There is a happy in-between place with technology, where everything largely works right, and is simple and direct and easy to use.   I call this the "Wal-Mart" level of technology.   When whatever it is you are looking at is now being sold at Wal-Mart, chances are, most of the bugs are worked out of it.   It is now ready for the great unwashed masses.  It is plebe-proof.  Wal-Mart doesn't like product returns, so people who sell electronics through their store better have their shit together.

This is not to say you should necessarily BUY technology there (unless the price is right and the quality is good) only that you should wait until they are selling whatever it is - usually.

And when technology gets too old to be useful - just throw it away.   No one is going to be "collecting" VHS tapes anytime soon ("Analog television is so much better than this digital crap they sell today!" - funny you never hear anyone say that, but the vinyl freaks believe it when it comes to music).

Ride the middle of the wave.  Dump things when they are broken and obsolete.   And don't try to be an "early adopter" of tech.

Of course, it goes without saying that if you can learn to do completely without some piece of technology in your life, often this is the cheapest and least frustrating approach to technology there is.