Pssst! Have I got an IPO for you, sucker! 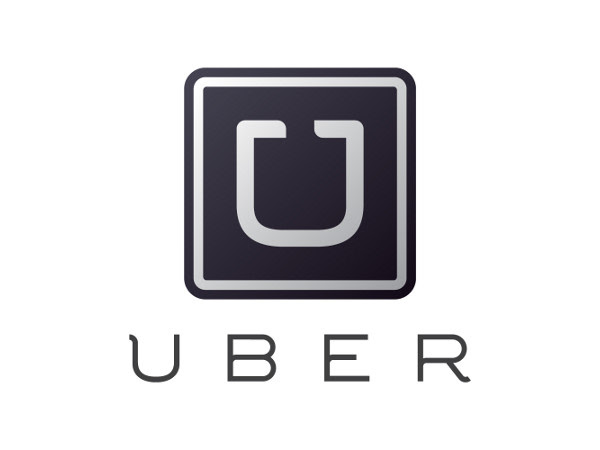 It seems America's appetite for IPOs is insatiable, even given their uneven track record.


Uber is making a lot of news lately.   We are told that "Wall Street" has "valued" the company at $18 Billion, making is larger than companies like Hertz and Mattel (you know, the kind that actually sell things and make profits).   A competitor, Lyft, is also getting a lot of hype.   Both are slated to offer IPOs in the near future.

You gotta love Americans - their appetite for IPOs is insatiable.   And it is weird, because if you look at most of these IPOs, they generally don't work out well for investors.   I pointed out before that the whole point of a modern IPO is to sell of a fraction of the company (5-10%), create a marketable security for the company, and then allow insiders to cash out of their "shares" that they obtained early on in exchange for lending money (angel investors) or sweat equity (start-up employees).   They make millions, you might make a couple of bucks - or lose it all.

Facebook has finally turned around, in terms of share price, and those who bought at the IPO price finally have some positive equity.  Sadly, Facebook remains the exception to the rule.  Others, like Groupon, Zipcar, and Zynga, have tanked and left investors with less than half their "investment".   In case you didn't get the memo, you can't keep investing in things that go down in value and expect to get ahead.  For every Facebook that does OK (but not spectacularly) you get dragged down by a Groupon.   Investing in IPOs is highly risky and I would not advise it - even if once in a while some of these stocks don't just fail outright.

Again, the point of the modern IPO is to allow insiders to cash out.   In the olden days, the purpose of an IPO was to raise capital to build factories.   The money raised by a modern IPO is often trivial - and indeed, the company leaves a lot of "money on the table" as the IPO price is often set low, so that it will "bump" on the first day of trading.  It is a pretty asinine way to go about raising money to run a company.   But again, that isn't the point, is it?

Most of these modern IPO companies don't need more capital.   Internet companies need money for operating expenses and they get this from private investors.   The investors pour cash into an Internet startup, and get stock in exchange.   When the IPO drops, the stock soars in value because idiots like you and me have been reading stories in the paper about the company for months in advance (stories that don't just appear by accident, either) and these investors then cash out and quadruple their money overnight.

You on the other hand, usually get stuck, once the stock value drops back down.

So are companies like Uber and Lyft good investments?   I will say No, and tell you why:

First of all, it is ridiculous to think that a company that is just an "app" for a smart phone is worth more than Hertz car rental.  There is not a lot of overhead for these car-sharing companies, as they don't own cars or hire drivers or even have any real infrastructure, other than some office buildings and server farms.  There is no "there" there, no matter what some Wall Street insider says.

Second, there are no barriers to entry.  The company like this has no real intellectual property to speak of.   The business model can be readily copied by others, so the "barrier to entry" in this business is very low.   You can't charge monopoly prices for the service, and if the business becomes profitable, well, others will jump right into it and then dilute the profitability of it.   It is then a business of margins, with the winner being the one who can grab marketshare and keep costs down.   It is a commodity business.  No huge profits to be had here.

Third, the company is losing money.  You can tell this from the media reports, but also from the fact that they keep having to ask Wall Street investors for more and more cash.   These "investments" are not for infrastructure, but to cover operating costs.   It is like Twitter and its junk bonds - borrowing money to keep the place going, hoping that someday a way of making money from the business model can be found (or that the stock price can be propped up long enough for the founders to cash out).

Fourth, the company has huge liabilities.   Uber has been in the news a lot lately - and this is not by accident.   I haven't seen a drumbeat of news stories like this since the last big IPOs came out last year.   Of course, a lot of the publicity about Uber has been negative - linking the company to sexism, prostitution, and other forms of misconduct.  But like in Hollywood, on Wall Street, there is no such thing as bad publicity.   Even my blog posting here will probably persuade some boob to buy Uber.

What is disturbing is that the company appears to be operating out of a disused frat house - by the former frat members.   Rather than keep their eyes on the ball (the business model) they spend more time tweeting obnoxious remarks and making salacious blog entries.   Allegations have surfaced that the company is lax in "hiring" its drivers, many of whom have criminal or sex offender backgrounds, and claims of sexual assault have been made.  If an Uber car gets in a wreck, who is on the hook for damages?   This leaves the company open to a lot of open-ended liability.

This leads to the fifth problem - which is coupled to the liability issue - and that is the regulation problem.  Uber is basically running "black cars" - what used to be called gypsy cabs - in many major cities.  Nothing wrong with that, of course, except that it is patently illegal in most cities.   Cabs are regulated and licensed in most cities, and funny thing, they did this precisely because of the troubles that Uber is having - people with criminal backgrounds ending up as drivers.  Cars could be unsafe and uninspected.  Insurance might not be adequate.  And if cab competition is unregulated, price wars can result, which results in shabbier cab service for everyone.

Far from being some "new Internet concept!" what Uber is going through is what the American taxi business went through in the early 1920's.   And taxi regulations were enacted to protect consumers from abuses of the taxi industry.   Uber claims it is somehow exempt from these regulations.   I am not sure how that argument will fly.   A few court decisions could put the company into bankruptcy, and very quickly.

And if you doubt this, consider the sad fate of Aereo, who went from Internet Startup Darling to Bankrupt, overnight, when the Supreme Court told them that no, you can't run a cable company without paying for the content.   Seems like a simple concept, in retrospect.   And hey, guess what?  You can't run a taxi company without a license - no matter how you try to say that it ain't a taxi company.

But the sixth and best reason not to invest in this nonsense is the fact that it is being hyped and that right there tells you (or should tell you) that another rotten deal is a-comin' down the pipeline, aimed squarely at your wallet.

We are told that this "app" is going to change the world forever - change how we ride in cars - and put taxi companies out of business.  I seem to recall the same things being said about ZipCar and the Segway Scooter (don't call it a scooter!).  You know how those worked out.

I mean, by this point in your life, even if you didn't live through Dot.Com Meltdown Part I (Circa 1995) that the bullshit IPOs of the last few years should have educated you enough to spot these turkeys from a million miles away.  Right?  Or are you still a raging true believer?

Yea, some of these IPO stocks (well, one of them, at least) went up in value - eventually.  Facebook, after face-planting, has finally dug itself out of a ditch.  But in the first year the stock was available, well, you could have bought it at the IPO price.  Those who paid nearly double during the first day, well, they got screwed.   And with a P/E ratio of over 70, you have to hope they find some loose change under the cushions of the couch in the break room or something - and pretty soon.  The company is wildly over-valued (but not as wildly as Linked-In - what every happened to that, anyway?).

So, sorry, no, I don't think Uber is the next big anything, particularly since it appears to be run by a bunch of douchebags - the kind that just want to cash out on an IPO ASAP.   Maybe this "business model" has a future, but then again, just as ZipCar was absorbed by Avis (you know, the "old school" company that doesn't get the Internet) perhaps traditional taxi companies will co-opt the concept of ride sharing as well -with their own fleet of cars (which they already have) and their own "app" - which takes 10 minutes to write.
Newer Post Older Post Home
View mobile version