A tale of two Hamsters 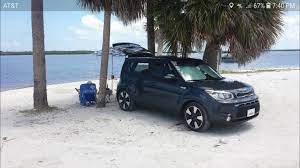 The people least likely to afford a new car buy them


Since I started writing this blog, my financial situation has changed for the better.  Mostly it was a matter of learning to live without a lot of things I thought I "needed" - the hobby cars, boats, vacation home, antique tractor and whatnot.  But on every economic level, the story is the same.  The fellow living in a trailer laments he cannot pay off his $5000 in credit card debt, but at the same time saying, "I'll never sell my Harley!"   Very few of us are stressed by necessary debt.

We decided to sell our last BMW - a 1999 M Roadster with 55,000 miles on the clock.  It is largely in original as-new condition, with some small nicks and dings, but otherwise a serviceable car.  Why get rid of it?

Well, to begin with, it is a fast car and we live on an island with a speed limit of 35 mph.  It also is very hard to get in and out of, particularly as you get older.  In fact, that was why the original owner sold it to me, with 7,000 miles on the clock, after four years of non-use.  It also is loud, particularly at highway speeds, as there is little soundproofing in the M model and very large and wide and (noisy) tires.

The air conditioning never worked quite right - a trait typical of BMWs for some reason.  While it performed adequately at highway speed, at stoplights, it could turn into a sauna.  Yes it was fun.  But one gets tired of driving a "look at me!" car, particularly when every jackass kid in a Hyundai tries to race you from every stoplight.

In retrospect, we probably should have kept one of the E36 cabrios instead, even though they had more miles on them.  A slightly more practical car, with a trunk that holds more than just your wallet.

The problem with the car was that it was so unpleasant to drive and so impractical that every time we went somewhere - even to buy groceries - we took the truck, as it would actually hold things and people.   So the roadster ended up with fewer and fewer miles on it.

We looked at some small wagons and the like.  The VW Golf "sportwagon" (which used to be called the Jetta) looked nice, but it was rather expensive, even in plebian trim.  And no, I am not interested in saving 1/10th of an MPG by going to a diesel.  It just isn't a cost-effective proposition.

The BMW/Mini looked appealing, but the wagon-like clubman was discontinued this year (coming back next year).  The base engine in the 4-door mini is a 3-cylinder (!) BMW engine with a turbocharger.  What could possibly go wrong with that?   In the larger bloated "countryman" the base engine is a Peugeot 4-cylinder turbo, which sounds like a nightmare of hard-to-find parts and esoteric failure modes.   At least Mini no longer offers a CVT.

It was cute, but it was a British-built BMW - sort of the worst of both worlds.   And it was crowded and cramped, and very easy to slam your hand in the hood, with its odd round headlight openings.  No thanks.  No more BMWs!

Our neighbor has a Hamster - a Kia Soul.  The car was made famous by its original "Hamster" adverts, which were clever and funny - but deemed too "ethnic" (read: black).  The subsequent Hamster videos were suitably sanitized and made more Caucasian - and even put on a diet (skinny Hamsters - go figure).

But the basic vehicle is what we are looking for - a small wagon that is easy to get in and out of, and easy to drive and park, gets reasonable gas mileage (30 mpg) and doesn't cost a lot. The  Hamsters sell for about $15,000 to $25,000 from stripped 6-speed with a 1.8 liter four to a loaded 2.0 liter four with a panoramic sunroof and air-conditioned seats.  No turbos.  No diesels.  Just a basic engine.

I could afford to buy one and write a check and not care, really.  Oh, and the warranty is far better than the BMW/Mini.  100,000 miles on the drivetrain.

So I called around and looked at a few.  Most are stripped models being sold to the younger set on payment terms - or leased.  I went online to some discussion forums and was chagrined to read postings by several youngsters (in their 20's) who were on their second or third leased Hamster.  Talk about throwing money away!

I met a young lady working at a retail job in a sandwich shop.  She liked her Hamster, but lamented that she wished she hadn't such lousy credit as, "I ended up paying twice for it, with interest and all".   That was a sad comment to me, as she paid about $30,000 for a $15,000 Hamster, financing it at high interest rates.

In short, she would pay more for a stripped Hamster (likely used) that I would pay for a brand-new one.  And the kicker is, they are offering that 0% financing on top of it (with the rebate) - but only for someone with a 770 credit score or higher.

In other words, when you don't need a good deal, you get one.  When you desperately need a break in life, they throw shit in your face.  Louis CK, who you either love or hate (or love and hate at the same time) sort of nailed this many years back in this video:

Ever been so broke the bank charges you money for being broke?  Yea, we've all been there.

He makes a good point, and one that I have tried to make here, again and again.  And that is this:  If you go through life living in the margins, bouncing checks and late on bills, you will get hammered again and again by our system, which is akin to throwing gasoline on the fire of debt.

And often - more often than not - the reason people get into trouble like this is not because they were borrowing money to buy bread for their children, but to buy a motorcycle or a new car.  We get into financial trouble wanting things we really can't afford.  And when the chickens come home to roost, we end up spending what little money we have on interest.

And it could be a car, or a smart phone, or cable television.  Quite frankly, I don't get the two latter ones - the combined bills from a smart phone and cable would equal a car payment on a fairly nice car these days.   And at least a car takes you somewhere....

The girl at the sandwich shop didn't so much need a new Hamster as she wanted one.   A used Corolla or something less appealing could be had for a lot less.  Or, like her smarter friend, she could have simply carpooled with a friend who was foolish enough to buy a brand-new car on a sandwich shop salary.

I know this, because when I was her age, working service-sector jobs, I went out and bought a new car and spend more money on interest than the car itself.  And I spent even more money on car insurance than the car and interest combined.  And the odd thing was, at the time I had working car that was paid for whose insurance was pretty low.  It was a bonehead mistake on my part, at the time, to spend an inordinate amount of my limited income on a new car, when a used car would have made so much more sense.

The good news is, of course, that you can change direction in life.  It doesn't happen overnight and it isn't like flicking a switch.   I decided, at age 25, to stop wanting and start having.  And that meant taking my finances more seriously and taking my education and career more seriously.  Oh, and yea, not spending every day and night trying to get as high as possible.  Yea, that.  No one wants to talk about it when it comes to finances, but when you hear these sob stories from young folks about how rotten they have it, well, odds are there are drugs involved.

And about seven years later, I had not only finished college, but law school, had a good job making decent money, and had a positive net worth.   It didn't happen overnight.  It didn't take 30 years, either.

And if you do this, well, you can end up owning money and get all those good deals the bank offers people who have money as opposed to those who have not.

Of course, there are still other traps along the way.   Once you start making more money, well, you might think, "Gee, I can afford more car now.  I should look at a new $75,000 E-class Mercedes wagon!" which is what many folks do - such as friends of mine from law school.   They end up broke and on the Hamster-wheel of life, just at a new level of paycheck-to-paycheck.  And the reason they do so is the same reason the girl at the sub-shop signed herself into hock:  Status.

Myself, I am at a point in my life where I can buy a "cheap" car and pay cash for it.  Or I could stress my finances by buying another BMW or Mercedes and end up with a car that costs 3-4 times as much, but doesn't deliver 3-4 times as much car.   I think I'll take the cheap car, thank you.

And if you want to buy a lightly used 1999 M Roadster, check out eBay this fall!